Investigation Discovery’s ‘Murder Under the Friday Night Lights: Homecoming Nightmare’ follows the brutal abduction, rape, and murder of 18-year-old teen cheerleader Amie Hoffman in Parsippany, New Jersey, in November 1982. A few months into the thorough investigation, the police arrested the perpetrator upon finding evidence of their involvement in another abduction and murder in New Jersey. If you wish to know more about the case, the killer’s identity, and current whereabouts, we’ve got you covered. Here’s everything you need to know!

How Did Amie Hoffman Die?

A Korean native, Amie Hoffman was born on October 21, 1964, and got adopted by Florence Hoffman and her husband, Frank, when she was 5-years-old. She was described as a friendly and sociable girl who was a senior and member of the cheerleading team at Parsippany Hills High School. Reminiscing about the young girl, her school senior and fellow cheerleader, Dena Priovolos, said, “She (Amie) was everybody’s friend; she didn’t have any hang-ups about being Korean or adopted or anything.”

According to her friends, Amie was excited about the homecoming dance, where she would compete for the crown along with her boyfriend, Alex, a member of the school football team. In November 1982, the 18-year-old pretty teen was employed part-time at the Surprise Store for women in the Morris County Mall in Hanover Township. Her co-workers last saw her leaving work at around 9:30 pm on November 23, 1982, as she bid them goodnight and headed towards her car in the parking lot.

Amie’s home at West Hanover Avenue in Parsippany in Morris County, New Jersey, was a 15-minute drive from her workplace. When she did not return home close to her usual time, 9:45 pm, or called regarding whether she was going to be late, her mother began to worry. Florence drove to the mall only to find her daughter’s abandoned car in the parking lot and called the police. The officers found the car door open, Amie’s pocketbook was placed in the front seat, and the key was still in the ignition — all of which pointed toward an abduction of the teen cheerleader.

The authorities looked for Amie for two days before her body was found by a couple walking their dog at around 1 pm on Thanksgiving Day, i.e., November 25, 1982, in a concrete holding tank in the Mendham Borough water reservoir in Randolph Township. She was lying face down in the water, wearing a brownish-purple sweater, plaid skirt, and cowboy boots — the same clothes she was reported missing in.

The medical examiner found multiple lacerations and stab wounds on her body, including defensive wounds on her right hand, shoulders, neck, and her right-hand fingers were almost severed. The autopsy report stated the cause of death to be “exsanguination secondary to stab wound of right chest.” According to investigators, there was evidence of the teen being raped, indicating that her assault and murder might have been sexually motivated.

Given the remote location of the crime scene, the investigators believed that the perpetrator was most likely a local who knew their way around. The officers initially questioned Alex, but he was ruled out as a suspect after his alibi was checked out. The detectives had many other promising leads, including the Assistant Coach of the school football team, Kevin Sheehan, who offered conflicting explanations when interrogated, but none panned out. Based on the description provided by a witness, Barbara Horwath, the police drew composite sketches of the car and driver she had seen in the parking lot. 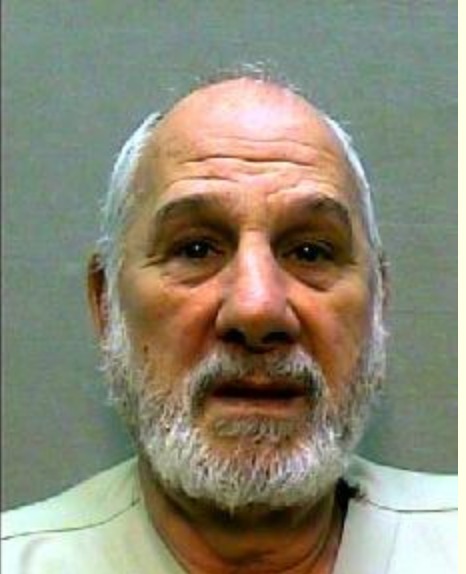 According to court documents, the police stopped James Jerold Koedatich on December 5, 1982, as a probable suspect but let him go due to undisclosed reasons. It was the same day the abduction and murder of 25-year-old Deirdre O’Brien was also reported to the New Jersey police. The similarity in the modus operandi in both homicides made the investigators think the two crimes might be connected or done by the same perpetrator. As of January 15, 1983, no arrests were made in either case, and media pressure began to mount on the detectives.

On January 16, 1983, the police received another report of a stabbing from 44 Harrison Street in Morristown from James Jerold Koedatich. He claimed he was stabbed on Route 24 while driving home by an individual driving a vehicle with a flashing blue light. Initially thinking him another victim of the same perpetrator, the investigators checked his 1970 Chevrolet for possible clues only to find it matched the description of the vehicle reported driving by witnesses in Amie’s homicide case. The tire tread patterns of his car were also similar to the ones found at Deirdre’s crime scene.

Upon further investigation, authorities found the fiber and foam of the interior of his car matched those found on Amie’s clothes and boots. He was arrested for the murder of Deirdre on January 19, 1983, and charged with the homicide of Amie on December 15, 1983. He was indicted on the charges of intentional or knowing murder by his own conduct, felony murder, kidnapping, aggravated sexual assault, unlawful possession of a weapon, and possession of a weapon for a criminal purpose.

Where is James Koedatich Today?

James Koedatich had a prior conviction record when he was imprisoned at the Raiford State Prison after being convicted of murder and armed robbery from October 1971 to August 1982. He was sentenced to death in New Jersey on October 29, 1984, on the Amie trial. He also received a life sentence in the Deirdre trial after the jury could not unanimously vote for the death penalty. He was on death row till 1990, when the Supreme Court of New Jersey commuted it to consecutive life sentences.

James continued to claim his innocence in the murder and abduction of Amie and exhausted all his appeals in both cases. However, he filed a motion in Superior Court in Morristown in November 2017, requesting a comparison of his DNA with the semen retrieved from Amie’s crime scene. He did not ask the same for the Deirdre homicide in his motion. As per official court records, he is serving his sentence at the New Jersey State Prison and will be eligible for parole on January 27, 2038.