An Update on NightCap Scrunchies from Shark Tank 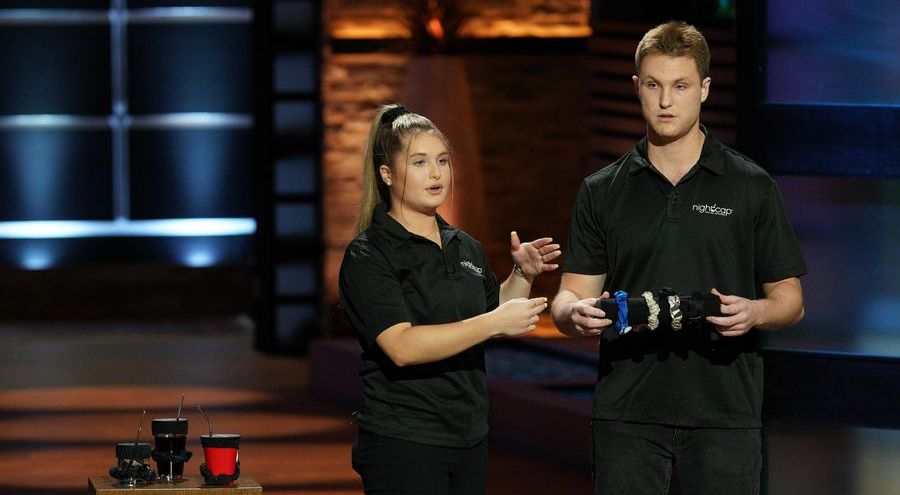 Television is a host to different genres and themes, some of which might not be approved by adults against the idea of excessive TV watching, mainly because of its nature. If such people are ever given a chance to pick a few shows to their liking, ABC’s ‘Shark Tank’ will probably make it to the list. It is engaging, but at the same time, extremely informative in terms of what the real world is up to as far as consumerism and its progress is concerned. This is what makes ‘Shark Tank’ a personal favorite among many people.

The show features ordinary people who try to make it big by exhibiting their own innovative products, which could transform the way we look at daily items and assist us in many ways. A group of successful business magnates called “Sharks” ultimately reveal whether the product is worth investing in. As season 12 dropped on the screen, one such product called the NightCap Scrunchie was introduced. Here’s everything you need to know about it!

NightCap Scrunchies: Who Are They and What Do They Do?

The NightCap Scrunchie is a product that acts as an effective outdoor defense strategy. It is not a regular scrunchie, but a modified version of it that can be rolled around a glass to prevent your drink from getting spiked or adulterated. The idea was conceived by a 16-year-old resident of West Palm Beach named Shirah Benarde. When Shirah was 16, she had heard countless horror stories about drink spiking from her friends. The solution to this problem subsequently arrived in her dream. The next day, she redesigned a pair of her mother’s pantyhose and attached it to a scrunchie to conceive its first prototype.

When her older brother Michael Benarde came home to visit, he saw the prototype and was impressed by its concept. As a college student, he understood how urgent its need was and decided to help his sister actualize its potential. The siblings spent the next six months working together. The start-up was funded by their prize money winnings in Florida State Entrepreneur College competitions, an Indiegogo campaign that raised $12,275 and $18,000 from their parents.

The duo launched their website in September 2019. Since then, they have sold more than 10,000 units over America, spanning every state and more than two dozen countries through the website alone. NightCap is exceptionally popular among college students and their parents. It also has buyers from other departments like the police, counselors, and women empowerment groups. Shirah takes care of product development and social media, while Michael manages its distribution.

NightCap Scrunchies: Where Are They Now?

NightCap Scrunchies can be purchased on their website in different arrangements. A single unit of NightCap retails for $11.99 with lower prices for bulk orders, while a NightCap with a reusable straw kit is available for $15.99. They can also be bought in a family pack of four units, which cost $39.99, and the ones with extra straw kits cost up to $51.99. They are available to buy on Amazon as well. These lightweight and movable scrunchies were initially available only in black.

However, in February 2021, they were launched in purple, a color representing women’s rights. Around the same time, they also thoughtfully introduced a new kit that comprises a separate duvet pouch, two stainless steel straws, a specially designed cleaning brush, and two silicone tips available for $4.99. Even though the pandemic momentarily disrupted sales worldwide, the siblings worked hard to keep NightCap within the commotion of worldwide advertisement by releasing TikTok videos that were liked and viewed by a considerable stretch of users.