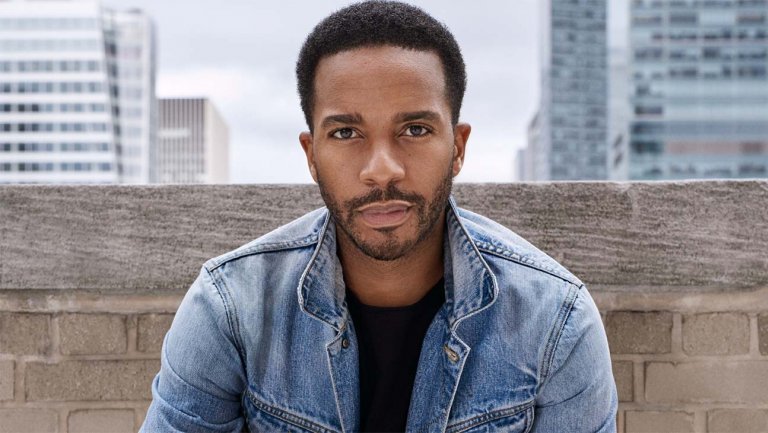 Andre Holland has been roped in to play the lead in Damien Chazelle’s upcoming Netflix series, ‘The Eddy.’ According to Deadline, the musical drama, which marks the Academy Award-winning director’s TV debut, is set in Paris. Andre Holland, who is known for his roles in ‘High Flying Bird’ and ‘Moonlight,’ also will co-executive produce the series, reveals Deadline.

‘The Eddy‘ revolves around rundown musical club, its owner, the house band, and the city of chaos that encapsulate all these entities. Holland plays Elliot Udo, who is a celebrated jazz pianist based in New York City. Under some particular circumstances, Elliot moves to Paris to save the failing jazz club by becoming its partner.

Elliot has to deal with the relocation aftereffects, along with a complex relationship with the lead singer of the club. The emotional imbalance, ignited by the cultural shock, makes Elliot helplessly depressed and introvert. But, the dull and depressed life turns upside down when his fifteen-year-old daughter shows up all of sudden at his doorstep.

Now, Elliot is promoted to the position of the father of a fifteen-year-old girl. Along with the promotion comes its responsibilities. A reluctant Elliot strenuously starts to deal with his weakness while trying to grow up to be a father.

The eight-episode series is shot on location in the multicultural backdrop of Paris and features dialogues in three languages, French, English and Arabic. Netflix plans to premiere ‘The Eddy’ worldwide as an original.

‘The Eddy’ also brings together some of the best talents around. While the Oscar winner Chazelle executive produces and directs the first two episodes with writer Jack Thorne, who is a five-time BAFTA Award-winner and Tony and Olivier Award-winner with titles like ‘National Treasure,’ ‘This is England’ and ‘Wonder’ to his credit. Thorne has written the screenplay for six episodes.

Glen Ballard, who is a six-time Grammy winner and the man behind the projects like ‘Alanis Morissette’s Jagged Little Pill and ‘Michael Jackson’s Bad.’ and Alan Poul, who is an Emmy-winning producer known for ‘Six Feet Under,’ ‘The Newsroom’ and ‘Tales of the City’ also executive produce the series. Alan Poul also directs the final two episodes.

Holland was last seen in ‘High Flying Bird’ directed by Steven Soderbergh, which was written by the Oscar-winning scribe of Moonlight, Tarell Alvin McCraney. Besides playing an important role, Holland executive produced the movie under his home banner, Harper Road Films.

Recently, he has wrapped up his tenure as Othello alongside Mark Rylance at Shakespeare’s Globe Theatre in London. The actor has also appeared in Hulu’s Stephen King adaptation, ‘Castle Rock’ by JJ Abrams.

Coming from Endeavor Content, ‘The Eddy’ was ordered by Netflix in 2017. The series is produced by Patrick Spence and Katie Swinden’s Fifty Fathoms. It is the collaboration of Holland with Netflix, the first being Steven Soderbergh’s ‘High Flying Bird.’

On the other hand, Chazelle is busy working on a drama series for Apple TV, along with ‘The Eddy’ for Netflix. After winning the Academy Award for Best Director for his musical epic, ‘La La Land’ in 2017, Chazelle is high on demand among the competing streaming platforms.

Chazelle’s lunar adventure drama, ‘First Man’ garnered positive The movie, which focuses on America’s legendary astraunut Neil Armstrong makes his first step on the moon, had Ryan Gosling in the lead. ‘First Man’ was hailed by the critics as an immersive, intimate and meditative work.