Andrew Sadek’s Death: How Did He Die? Was It Suicide or Murder? 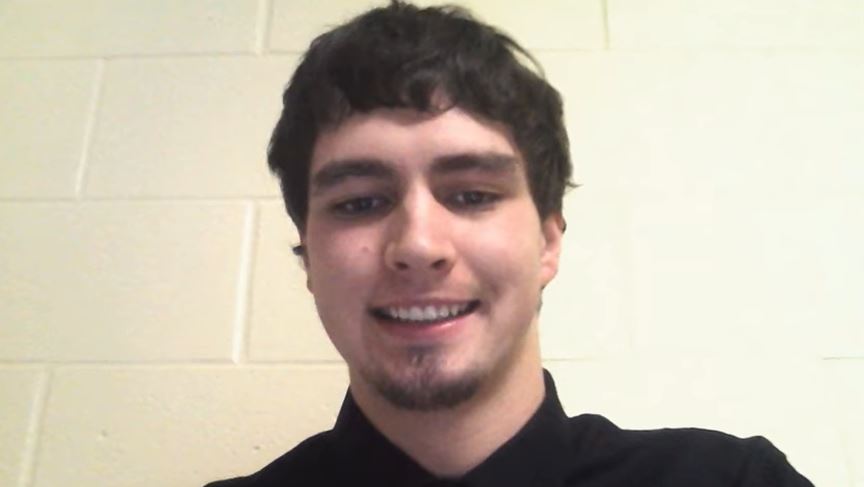 Directed by Trevor Birney, ‘The Dakota Entrapment Tapes’ explores an open-ended true-crime story that has baffled the sleepy town of Wahpeton, North Dakota, to its core for years. This heavy-handed documentary reveals a double life, possible culpability on the part of a college campus police force, and a host of unanswered questions surrounding the mysterious disappearance and death of Andrew Sadek.

Andrew’s poignant tale, with contributions from his parents, is highlighted in this intriguing film. While it may be engaging, it does lack a clear-cut resolution that is usually tied in with the genre. So, if you’re here looking for some answers, well, we’ve got all the details for you!

How Did Andrew Sadek Die?

Born on November 22, 1993, in Valley City, North Dakota, Andrew Sadek was raised on his family’s cattle farm outside nearby Rogers. In 2012, after graduating high school and getting through the tragic loss of his elder brother, who was killed in a grade crossing accident in 2005, Andrew, a reserved boy with a gift for electronics, left for North Dakota State College of Science in Wahpeton, where he seemed to thrive. However, in just two years, his whole world turned upside down again, along with his family’s.

He was in Rogers on the weekend of April 25–26, 2014, visiting his parents. Everything seemed fine, especially because he talked to his mother on call when he went back to campus later that night. But who knew that that would be the last interaction that Andrew would ever have with them. On the night of April 30, 2014, Andrew and his roommate, Drew Kugel, along with some friends, went out to have some fun before returning to their dorm room together. But when Drew woke up the next morning, Andrew was gone. The roommate thought that Andrew could be with his girlfriend.

When he failed to come back even by the next afternoon, Drew reported Andrew missing to the campus police. A search for Andrew immediately ensued, and security footage showed that he had left the building at around 2 a.m. on May 1, carrying a black backpack. His cell phone, although with him, was turned off. Only after that, the world found out that Andrew was working as a CI for the Southeast Multi-County Agency (SEMCA), a post which he took up in November of the previous year to avoid a felony charge for selling marijuana on campus.

The SEMCA assumed that Andrew had fled to avoid further CI work and had him formally charged with two felonies, after which even arrest warrants against him were issued. Even Andrew’s parents publicly pleaded for him to come home but to no avail. On June 27, 2014, almost two months later, the search for him ended. A dive team doing a training exercise in the Red River near Breckenridge, Minnesota, just across from Wahpeton, found a body in there.

The authorities identified the body to be Andrew’s through dental records. The cause of his death was a small-caliber gunshot wound straight to the head. But as the weapon used was never found, it could not be determined whether it was self-inflicted or not. However, the university campus police did quickly rule Andrew’s death to be suicide, a conclusion that his parents strongly disagreed with.

Was Andrew Sadek’s Death By Suicide? Who Killed Him?

To this date, unfortunately, no one knows the truth behind what happened. While the police department thoroughly believed that Andrew Sadek’s death was self-inflicted, his family, especially his parents, scoff at the theory, claiming that he had no suicidal tendencies. With graduation only a couple of weeks away from the day he disappeared, they say that Andrew would have never taken his own life. After all, they knew that he had plans to become an electrical technician, a job that he couldn’t wait for.

In saying this, though, Andrew’s mother did concede that a .22-caliber pistol was missing from the family home. But she still doubted that her son would use it on himself. As proof of her allegations that the evidence points to murder, she has since shared the details of the police investigations. Officers on the case found that the backpack Andrew had on him had been filled with rocks, which meant that someone might have intended to weigh his body down to keep it submerged in the water for as long as possible.

Furthermore, the sweatshirt that he was last seen wearing was missing, along with his wallet. Andrew’s body was wearing a jacket that could not be seen anywhere in the campus security footage, nor was it the one that his family recognized to be his, suggesting that someone else saw him before he died. It could be possible, as although his time and date of death could not be determined, his autopsy report did place it to be within two days of his disappearance. Apparently, the police had also failed to follow up on their promises to search the river when they said they would.

As if all this wasn’t enough to suspect foul play, Andrew’s parents also revealed that when they got back their son’s car from the authorities after his initial disappearance, they found that the carpeting was completely wet. There were several inches of water underneath it, in the trunk, and the spare tire as well. All this led them to believe that the North Dakota State College of Science campus police was in over their head when it came to this investigation.

They also believed that the campus police themselves might have had a hand in Andrew’s death. They have even asked why Andrew’s case had not been referred to the state’s Bureau of Criminal Investigation, its Minnesota counterpart, or the FBI. Because one thing is certain, whether Andrew committed suicide or not, he was strong-armed into working for the authorities as a CI, and it is a very dangerous position in the best of times. (Featured Image Credit: The Dakota Entrapment Tapes)