Where is Angel Parrish From My 600-lb Life Today? 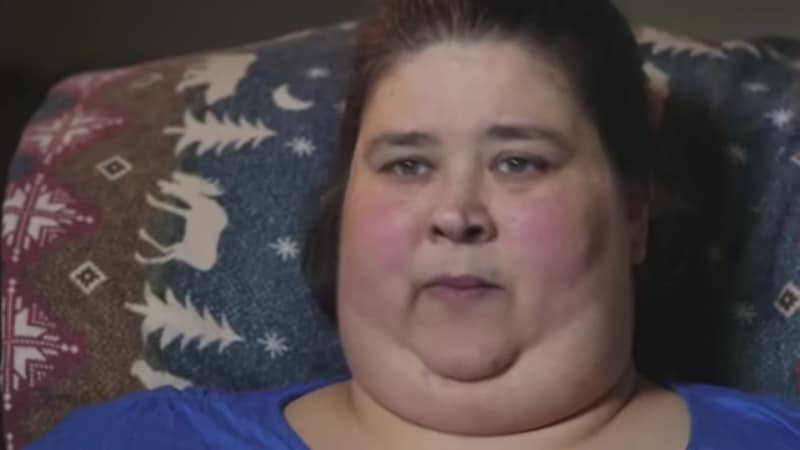 ‘My 600-lb Life’ on TLC chronicles some amazing weight loss journeys undertaken by morbidly obese people. The aim is to shed a few pounds until they are greenlit for surgery by Dr. Now. Not all of the stories end in success, but some are uplifting. Angel Parrish’s tale falls in the second category and the cast member managed to turn her life around thanks to her determination, and the careful guidance from Dr. Now. So, where is Angel today?

Parrish appeared on the show at the age of 42, when she tipped the scales at 570 pounds. The participant admitted that she felt helpless and viewed herself as an oversized whale. Hailing from Texas, Angel opened up about her traumatic childhood, revealing that she had to give up a baby when she was 14 years old. It sent her into depression and she coped with binge-eating. By the time she turned 30, Angel weighed 300 pounds and had become pregnant again.

After Andrew was born, Angel kept putting on weight until she hit the 600-pound mark and decided to seek help. The guilt of putting up her first child for adoption, the postpartum depression, and the death of her father caused Angel’s weight to spiral until she decided to address the problem.

Angel went to Dr. Now and lost 165 pounds, even undergoing gastric bypass surgery. After the operation, she was hit with a bout of nausea that was so severe that she had to be hospitalized. The doctors there tried to contact Dr. Now, but couldn’t reach him. Ultimately, they gave Angel nutrients through a tube. However, Dr. Now was less than pleased because he felt it might impede her progress. His displeasure forced Angel to work even harder towards losing weight. Here’s how she looked during her journey.

Where is Angel Parrish Today?

Angel managed to come down to 261 lbs, shedding nearly 309 pounds, which is half her body weight. However, Angel did not stop there. She has continued on her journey and nearly turned her life around. At present, Angel is almost unrecognizable due to the amount of weight she’s lost.

It is clear that she just needed a nudge in the right direction and is determined enough not to stray the course. Life has been hard on the participant but she has risen above the challenges to head in a better direction. Angel has also expressed love for her child on Facebook, where she doesn’t post too often.

Currently, she seems to be living in Austin, Texas, which is close enough for her to consult Dr. Now if she needs him again. While losing weight is noteworthy, especially for the cast members of ‘my 600-lb Life,’ a lot of them also gain the weight after some time. Therefore, to see that Angel has stayed her course is a fantastic achievement. Here’s another picture where the alum shows us just how far she’s come along since she was on the show.

To conclude, Angel has had her share of hurdles, but opening up about what troubled her and caused her to gain weight seems to have helped her embark on a journey of betterment. One can only wish her the best and hope she continues down this path.

Read More: Where is Chay Guillory From My 600-lb Life Today?