Are The Rehearsal’s Angela and Robin Based on Real People? Did They Break Up?

HBO’s comedy series ‘The Rehearsal’ revolves around Nathan Fielder, who helps several individuals to rehearse life-altering actions or decisions so that they can do or make the same in the best possible way. The second episode of the show follows Angela, who joined hands with Fielder so that she can rehearse being a mother before deciding on becoming an actual mother. Angela eventually started to date Robin and asked him whether he is open to becoming a co-parent, to which he replied yes. Since the episode revolves around the couple and their relationship, let us share everything you need to know about the same! SPOILERS AHEAD.

Are Angela and Robin Based on Real People?

Angela and Robin are based on real people. Fielder associated with real individuals for his project, which is referred to as the “rehearsals.” In the case of Angela, Fielder wanted to know whether helping her to rehearse being a mother with real babies (except the robot baby used in the nights) would make her decide to become a mother. He employed several child artists, ranging from babies to boys so that Angela could rehearse her possible life as a mother with them. Since actors wouldn’t produce any results, it was essential for Fielder to associate with real people for his social experiment, confirming that Angela and Robin are real people. 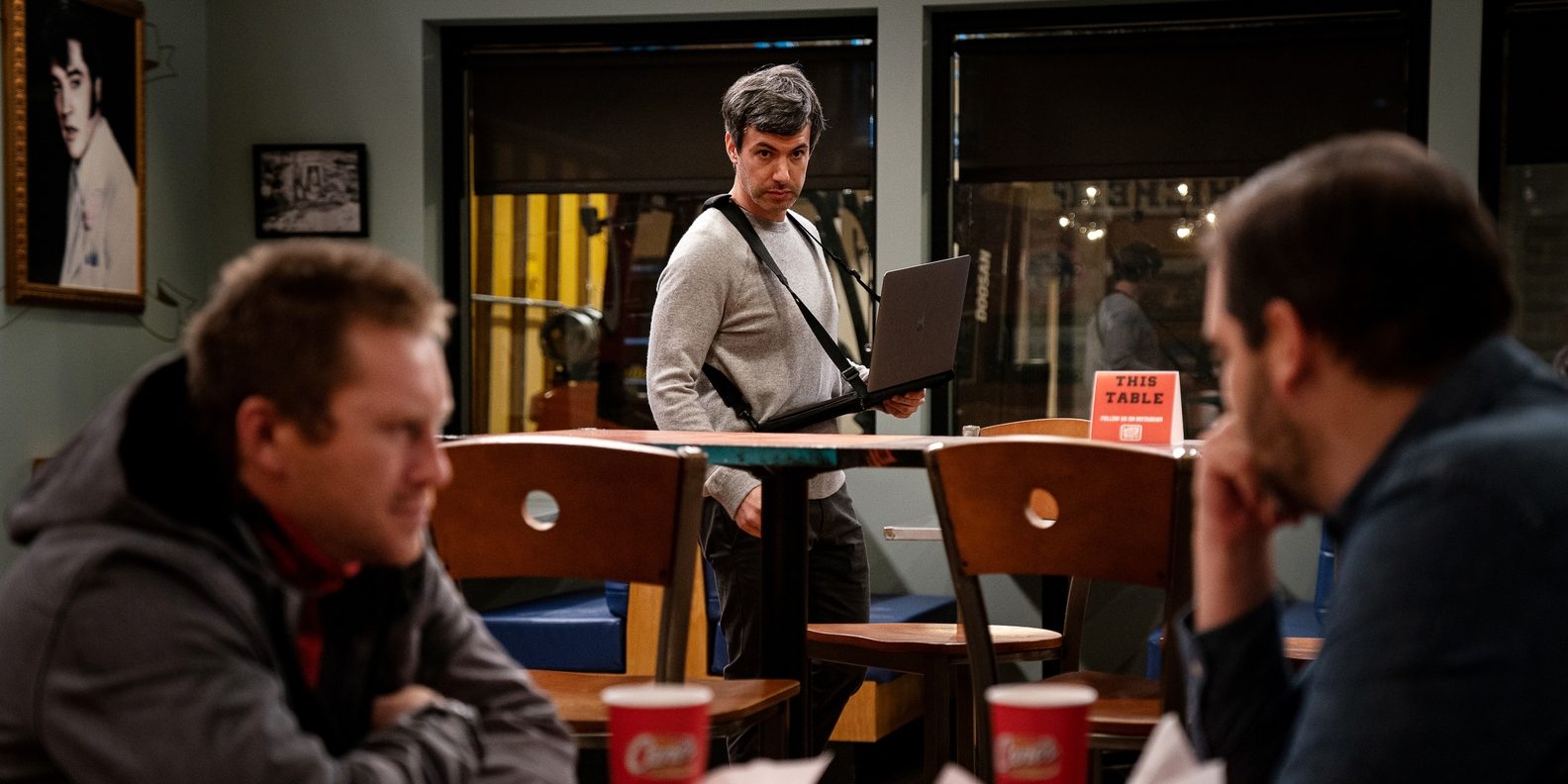 The same applies to Robin, who accepted Angela’s proposal to become a co-parent. Fielder wanted to know whether his actions could alter Robin’s determination and belief that he could be a co-parent. Considering that Fielder also wanted to test Robin’s relationship with Angela, specifically about them becoming co-parents, he has to be a real person and not an actor to produce any results for Fielder’s project.

Did Angela and Robin Break Up?

Angela and Robin seemingly did break up. When Angela proposed rehearsing being a parent to Robin, he agreed to the same. The night Robin stayed at Angela’s house, Fielder used a crying robot baby to test Robin’s patience. After attending to the baby a few times, Robin made it clear to Angela that he cannot stand the baby anymore since he wanted a good night’s sleep. Robin left Angela’s house, seemingly ending the couple’s relationship. Since Robin failed to survive even a day being a co-parent, it is evident that he wasn’t capable of meeting Angela’s needs. Thus, it is safe to say that their relationship had met its conclusion.

Even though Robin left the role of the co-parent, Fielder stepped up to be the new co-parent with Angela. In the upcoming episodes of the show, we may see Fielder and Angela trying their best to become ideal parents.

Read More: Are The Rehearsal’s Kor and Tricia Real People or Actors?