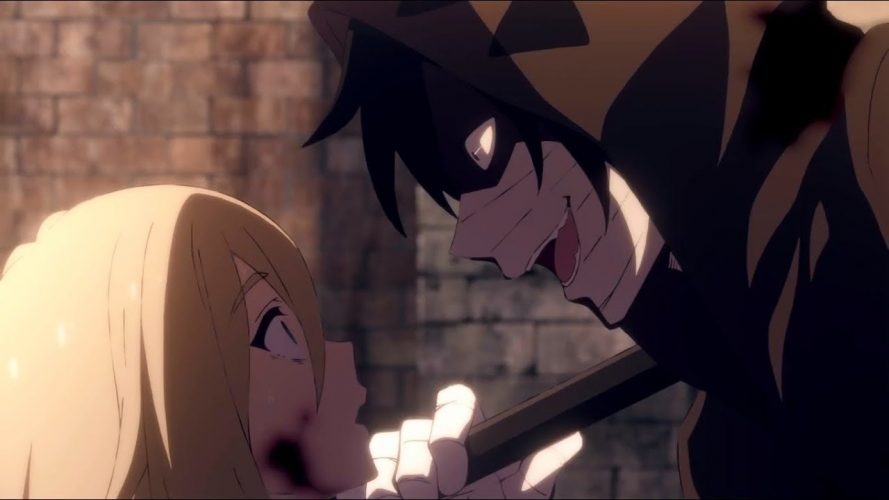 Angels of Death (also known as Satsuriku no Tenshi in Japanese) is an adventure horror anime television series which is based on a game of the same name. Developed by Hoshikuzu KRNKRN and published by Den Fami Nico Game Magazine, the game was originally released as freeware for Microsoft Windows and Nintendo Switch on August 14, 2015. A year later, it made its way to Steam in multiple languages. The game became quite popular in Japan and was adapted into two separate manga series, which collectively sold well over one million copies in print. Subsequently, famed Japanese anime studio J.C.Staff announced plans to adapt the game into an anime television series, and Season 1 of Angels of Death first made its way to viewers’ screens on July 6, 2018. It became a hit among fans of the game and the manga series, while new viewers were also pretty pleased with what they saw. Since then, fans have been waiting to hear news on a second season, and here’s everything we know about Season 2 of Angels of Death.

Angels of Death Season 2 Release Date: When will it premiere?

Angels of Death season 1, consisting of 12 episodes, premiered on July 6, 2018 and ran till September 21 of the same year. Less than a month later, four original net animation (ONA) special episodes were released between October 5 and October 28, much to the delight of fans. However, as it stands, Season 2 is yet to be confirmed.

That being said, there’s no reason to get worried just yet. Anime shows sometimes take five years to renew, and hence, there’s plenty of time left for J.C.Staff to announce a second season of the show, in case they wish to continue it. Further, since new chapters of one manga series and one light novel series are still being published, there’s definitely no dearth of source material for a new season. Given these facts, we think there’s a decent chance of the show getting renewed for a second season. If that happens, our best guess is that Angels of Death season 2 release date could be sometime in 2021. We’re keeping our ears open for news on Season 2 of Angels of Death, and we’ll update this section as soon as we hear something reliable.

For those who like watching anime shows in English, the good news is that Angels of Death has a great English dub which was made specifically for the show’s international audience. If you want to watch the show in English, you can find dubbed episodes on Funimation, Crunchyroll, Hulu, and ANIPLUS.

Angels of Death is an adventure horror anime show with strong thriller elements.

The show revolves around 13-year-old Rachel Gardner, who is taken to a hospital after witnessing a murder. However, under mysterious circumstances, she wakes up in the basement floor B7 with no memory of anything apart from her name and the reasons she was brought to the hospital in the first place. In a manner similar to famed horror franchise Saw, Rachel comes to know via mysterious broadcasts and scribbled messages that she is part of a game wherein each participant has been assigned a floor. If any participant wishes to trespass into someone else’s floor they have a chance to get killed.

Rachel, owing to her tender age, does not immediately grasp the seriousness of the issue and ventures into floor B6, where she is almost killed by a serial killer named Zack. However, she survives the ordeal and learns that Zack is planning to escape, and joins in. Although Zack promises to murder her the moment he gets free of the game, Rachel agrees to join forces to escape the horrific game.

As Zack and Rachel progress upwards through the building, they encounter increasingly twisted and strange people, all of whom seem to share some connection with Rachel. As the show progresses, it tracks Rachel and Zack’s efforts to conquer each floor and finally escape to freedom. At the same time, Rachel tries to uncover the mystery behind her connections with the twisted and wicked folk in the building.

Angels of Death has a relatively limited number of cast members, and two among them are the main characters. Below, we’ve provided you with brief backgrounds on each of the two main characters in the show.

Rachel Gardner: The female protagonist of the show, Rachel is a 13-year-old girl who is taken to a hospital for counselling after she witnesses a murder. However, she wakes up in the basement of the building – floor B7 – with no memories of her past except her name an the reason she got there. Believing death to be the answer to her woes, Rachel asks Zack to kill her if she can use her intelligence to help them escape the building. Later, it is revealed that Rachel had witnessed her father murder her mother and, in a moment of terror and fury, had killed her father in retaliation. As far as Rachel’s personality is concerned, she comes off as someone emotionless and exhibits a calm exterior. However, beneath Rachel’s calm exterior lies a darkness – she has a morbid interest in stitching up people and animals she deems to be “imperfect” and harbors a blind faith in and a twisted perception of God. These morbid tendencies of the 13-year-old stem from her childhood.

Isaac “Zack” Foster: The male protagonist of the show, Zack is a serial killer who gets trapped in the hospital building along with Rachel and other twisted patients. Distinguishable for his body being covered in bandages and wielding a Grim Reaper-like scythe, Zack is a ruthless serial killer who takes a tremendous amount of pleasure in filling his victims with dread and murdering them. Zack’s psychopathic tendencies stem from his traumatic childhood – abandoned by his biological parents, Zack’s stepfather tried burning him and his mother alive. Although they survived the ordeal, his mother left him in the care of an illegal orphanage that trafficked children, and Zack had to spend his childhood as bonded labor. After watching a slasher movie, he got inspired to become a serial killer, and went on a murder spree. The people who ran the illegal orphanage became his first victims.