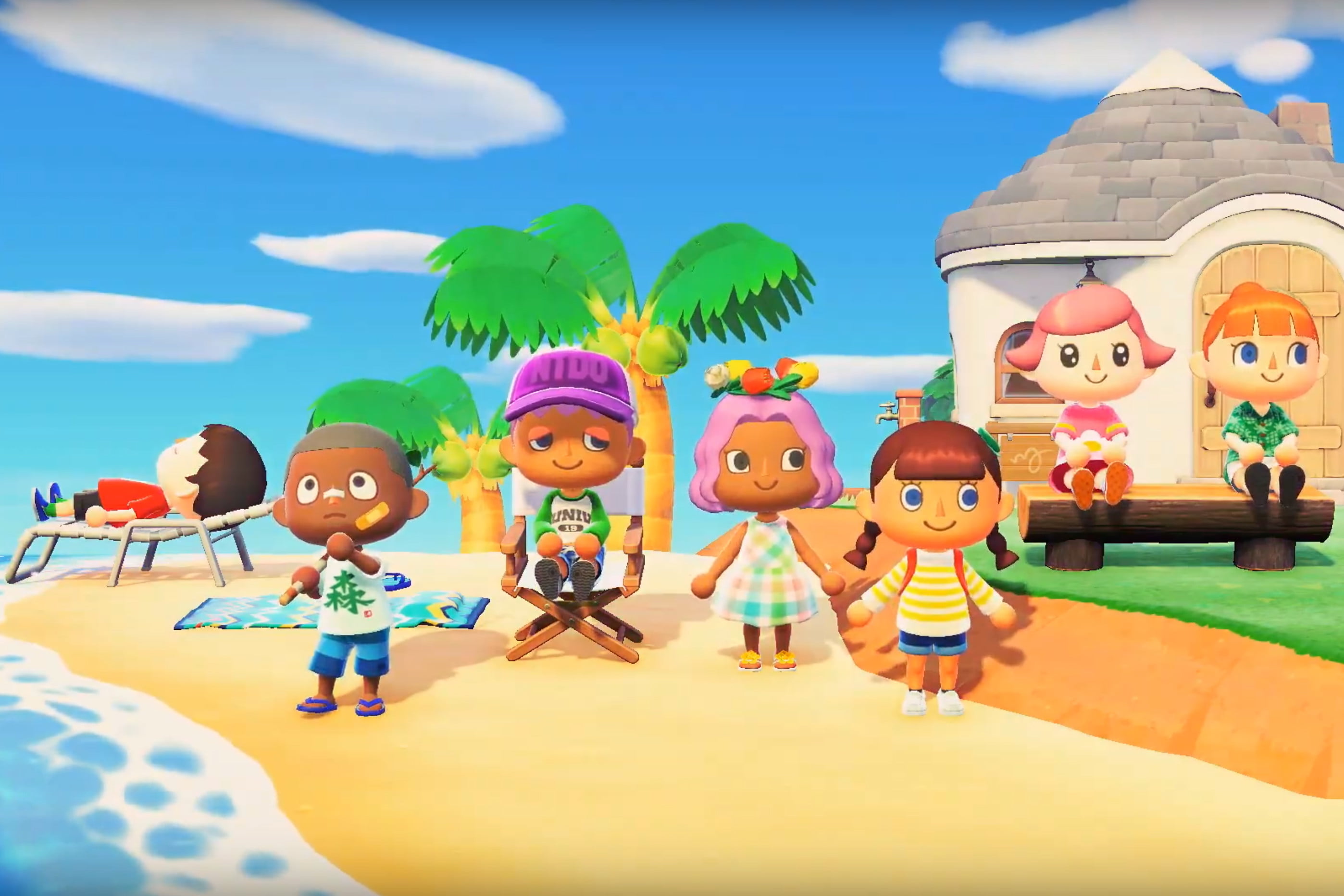 Video games are capable of providing some of the most exhilarating experiences of any popular entertainment medium today. Heart pumping action sequences, larger than life characters and perpetually rising stakes are dime a dozen, and there is no shortage of adrenaline fueled power fantasies as you mow down hundreds of nameless, faceless bits of computer code. However, sometimes you just want to get away from the bullets, the explosions and the gleeful violence. Sometimes, you just want to kick back a destress with a game of a more tranquil persuasion.

That is exactly what Nintendo’s long running Animal Crossing series is all about. A truly cathartic experience set in a delightful little world populated by adorable anthropomorphic characters, the Animal Crossing games are all about long walks on the beach and hanging out with all of your dearest friends. If that sounds right up your alley, read of to find out everything we know about the newest upcoming installment in the franchise titled ‘Animal Crossing: New Horizons’.

Animal Crossing: New Horizons Plot: What is it About?

The world of ‘Animal Crossing: New Horizons’ is populated by a number of cuddly anthropomorphic characters. You start out with your very own fully customizable character, right down to the color of their skin. You have recently moved to a deserted island after purchasing the Desert Island Getaway package from the resident business hotshot, Tom Nook. Tom Nook is a portly raccoon who has appeared in several erstwhile iterations of Animal Crossing, including the 2001 original.

The all new Desert setting is new for the Animal Crossing franchise, with previous iterations of the game often set in established villages instead. The rationale behind the departure is to give the player more customization potential. However, several beloved characters from the prior games do make a return, including Isabelle, the affable Shih Tzu who serves as your secretary in previous games and here as well. Mr. Resetti, the short-tempered mole who loves to remind you to save your game also joins the cast of ‘Animal Crossing: New Horizons’, although this time around he will reportedly have a new job to do as the new game features auto save functionality.

The description on the webpage for the game reads: “Peaceful creativity and charm await as you roll up your sleeves and make your new life whatever you want it to be. Collect resources and craft everything from creature comforts to handy tools. Embrace your green thumb as you interact with flowers and trees in new ways. Set up a homestead where the rules of what goes indoors and out no longer apply. Make friends with new arrivals, enjoy the seasons, pole-vault across rivers as you explore, and more!”

‘Animal Crossing: New Horizons’ has an open-ended, non linear story structure which means you have no specific mission criteria to fulfill. Instead, you spend your time pursuing activities such as gardening, fishing, catching bugs, fossil hunts, decorating and interacting with your friends across the island. You start out with just a tent, a foldable cot, a lamp and a radio. Eventually, you will get the opportunity to build your dream house and decorate it to your heart’s desire.

‘Animal Crossing: New Horizons’ is a social life simulation game with no concrete progression structure and an emphasis on exploration and social bonding. You are encouraged to explore the vast desert island, undertake relaxing activities and develop a burgeoning community. The game simulates the real passage of time by mapping the in game seasons to real life, with different seasons often unlock exclusive activities such as making snowballs in winter. The all new windy weather is a new addition to the game and can be experienced through the rustling of leaves in the game.

The crafting system from ‘Animal Crossing: Pocket Camp’ is still here, but this time expanded to include the all new “DIY Recipes”. In addition to crafting new furnishings and decorations for your camp, you can now unlock new DIY Recipes by getting them from other characters, finding unique items hidden around the island or by purchasing them directly from stores. You can view all your DIY recipes on your in game Nook Phone. You can also craft items like signs, tools, benches, furniture, beverages and more by scavenging raw materials such as fruit, fish, clay, tree branches, stone etc.

New to the series is a new form of currency known as “Nook Miles”. Nook Miles are earned by completing several in game tasks and may be exchanged for ultra-rare premium items. Another new addition is the option to invite other animals to settle down on your island, and you get to decide which part of the island they build their homes in.

As is tradition, ‘Animal Crossing: New Horizons’ features a substantial social multiplayer offering. The game features up to 4 player local cooperative play and as many as 8 players on the same island in online cooperative play.

Animal Crossing: New Horizons Developers: Who Are The People Behind It?

‘Animal Crossing: New Horizons’ is being developed by Japan based video game developer Nintendo EPD and published by Nintendo.

Animal Crossing: New Horizons Release Date: When And Where Can I Play It?

‘Animal Crossing: New Horizons’ was first announced in September of 2018, with an initial launch set for sometime in 2019. However, the release has since been delayed to March 2020. The game will be available exclusively for the Nintendo Switch.

You can check out the charming new trailer for ‘Animal Crossing: New Horizons’ with a bunch of the new characters right here: