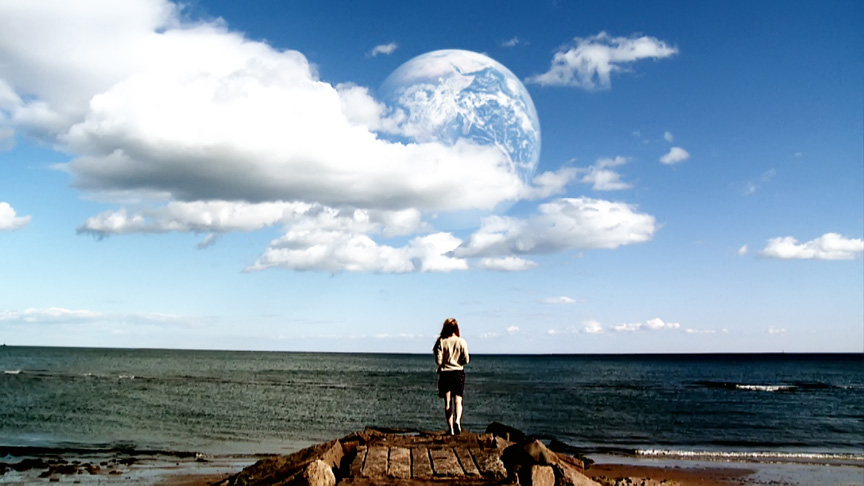 Starring Brit Marling (‘The OA‘) and William Mapother (‘Lost‘), ‘Another Earth’ is an emotionally deep sci-fi flick that explores the complex notions of parallel worlds with a simple premise. It does this while drawing several allegories to real life, out of which, many have an existential appeal. With its low budget and big ideas, the film explores the tantalizing question that we’ve all asked ourselves more than once: “What if I had done things differently?” Even its ambiguous ending further explores this idea and subsequently leaves you with a lot more than you could have asked for.

Rhoda, a space enthusiast, gets accepted at MIT. Around the same time, a planet exactly like Earth begins to appear close to the real Earth. And like everyone else, Rhoda is fascinated by it. While driving home drunk after a night of partying, Rhoda crashes into John’s car, whose wife and son instantly die. Rhoda goes to prison, but her identity is not revealed to John as she was a minor when she committed the crime. After being released, Rhoda starts working as a school janitor and even visits John to apologize for everything. However, she is unable to confess that she hit his car that night, and instead, she pretends to be a private cleaner to stick around at his place. As a result, they start getting attached. In the meantime, the film also establishes that Earth 2 almost mirrors the present Earth. It’s a parallel world where everything is similar, if not precisely the same.

While a romantic relationship ensues between them, Rhoda enters an essay writing competition where the winner would ultimately get to visit Earth 2. To her surprise, she wins. John, who previously lost his family, now fears to lose Rhoda. So he does not take this too well. When he asks her to stay, she finally tells him that she was driving the car that killed his wife and son. To repent for her wrongdoings, Rhoda gives her Earth 2 ticket to John in the hope that his family might still be alive there. In the closing moments of the film, while John leaves for Earth 2, Rhoda ultimately runs into the Earth 2 version of herself. 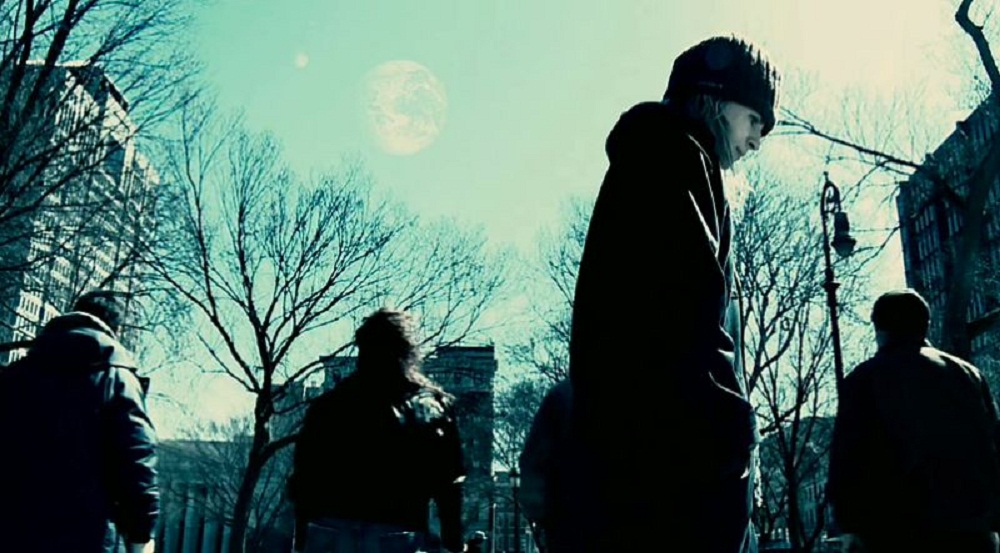 In an early scene, a scientist in the movie talks about “Broken Mirror Hypothesis”, according to which, the synchronicity between Earth 1 and Earth 2 was broken the moment they became aware of one another. Fundamentally, when Rhoda first looked up at Earth 2 from Earth 1, she was looking at a completely different direction compared to Rhoda from Earth 2, who was also probably doing the same. And considering the butterfly effect, we know that even the most trivial events could completely change the direction of one’s timeline. Thus, the lives of Rhoda 1 and Rhoda 2 had diverged much before the accident.

Rhoda’s essay, which ultimately wins her the ticket to Earth 2, becomes one of the most consequential plot points of the film. Moreover, it further complicates its ending. She wins the essay competition, not because of her knack for astronomy, but because of her troubled past. She mentions in her essay that after everything she has gone through after the accident, she almost has nothing to lose. The scientist who selects her even tells her that he, too, was a trouble maker as a teen. So even his life could have gone either way. So knowing how one’s smallest actions can completely change one’s life, he decided to give Rhoda a second chance.

The Ending, Explained: What Does the Final Scene Mean? 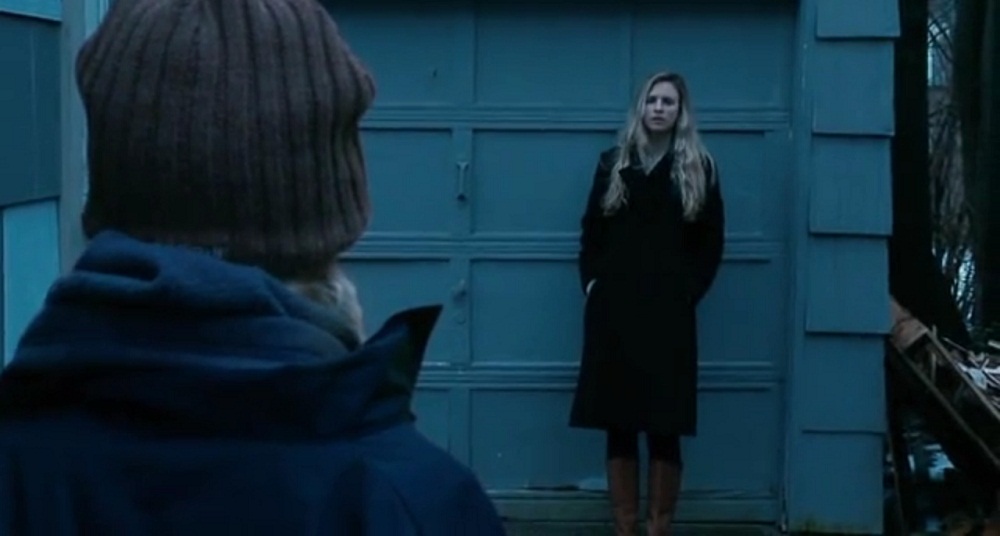 In simple words, the ending of the movie serves as Rhoda’s redemption as she is finally able to undo her past. She does so by giving John her ticket. Whether or not he’ll be able to find his family up there does not even matter. What matters is that Rhoda will finally find some peace. The appearance of Rhoda 2 on Earth 1 raises more questions than answers. And since we’re dealing with parallel worlds here, an endless number of possibilities can be drawn out of the closing moments of the film. So let’s decode some of these possibilities.

According to the Broken Mirror Hypothesis, the timelines of the two worlds diverged as soon as they took notice of one another. So it is possible that on Earth 2, Rhoda never got into that accident and eventually ended up joining MIT. However, what contradicts this theory is Rhoda’s essay. Rhoda’s selection through her essay was only a consequence of her tragic past. So if Rhoda 2 never went through any of that, how did she get a ticket to Earth 1? Well, the only logical explanation for this could be that there never was an essay competition on Earth 2. Rhoda 2 was probably a viable candidate because she went to MIT (unlike Rhoda 1) and eventually did become a scientist. Another possibility here is that John probably reached Earth 2 and then asked Rhoda 2 to go to Earth 1 just as payback for what she did for him. This also explains why Rhoda 2 arrives on Earth 1 long after John’s departure.

It is also possible that although the events of the two planets started diverging, they did not diverge to an extent where Rhoda 2 did not kill John’s family. Going by this possibility, Rhoda 2 won her ticket just like Rhoda 1—by writing an essay about her tragic past. This theory gives a more somber ending to the film as, according to this, both John and Rhoda are not able to explore an alternate, happier future. Then again, these two theories only explore two extreme ends of the spectrum. Between them, there are endless possibilities.