Investigation Discovery’s ‘In Pursuit With John Walsh Captured: No Escape’ follows the investigation that ensued after 35-year-old Antoine Smith was found dead inside his home in Victorville in San Bernardino County, California, in May 2015. The investigators actually managed to identify his killer rather quickly, but they remained absconded for nearly seven years before finally getting nabbed in Mexico in early 2022. So, If you’re intrigued to know the perpetrator’s identity, we’ve got your back. Let’s begin then, shall we?

How Did Antoine Smith Die?

Born on April 30, 1980, Antoine Smith was leading a good life in Southwestern California by the time 2015 rolled around. The 35-year-old was working at the Fort Irwin army base in the Mojave Desert in northern San Bernardino County and was married to a co-worker, Leticia Smith. The couple lived with their two children, 8-year-old Isabell and 4-year-old Abigail, in the 13000 block of Brynwood Street in Victorville. His co-workers described him as a hard-working individual who rarely missed work and was an overall good guy.

Therefore, when Antoine failed to show up for work for nearly a week, one of his colleagues, Jasmine, called the San Bernardino County Sheriff’s office to report it. Officials did go over to his home to conduct a welfare check, only to find Leticia there with the couple’s two young daughters. They found nothing suspicious, and Leticia indicated that her husband was staying at a friend’s house. However, when he failed to show up for work the next day as well, Jasmine again called the police.

Antoine’s friends and colleagues then grew even more worried when they apparently started receiving text messages from his mobile number that were inconsistent with his texting style. An official missing person report was thus filed at the Victorville Sheriff’s Station on May 11, 2015, yet when deputies went over to the Smiths’ residence to conduct another welfare search on May 12, they found the place empty. Only a strong, pungent smell greeted them, along with the front bedroom door lined neatly with towels.

Investigators obviously carefully removed the towels, just to find blood and other bodily fluids oozing out from below the door. They broke in and that’s where Antoine was — his dead body was lying behind the door. The coroner soon arrived at the scene to confirm the 35-year-old’s identity, following which he was taken for an autopsy. As per reports, the father of two had been shot at least four times.

With Leticia missing along with the children, she quickly became the primary suspect in her husband’s murder. After all, officials had also found multiple suitcases right at the front door, indicating they’d been left behind at the last moment. The family’s neighbors then told them that the couple had frequent fights, and one of them, Stacee Harold, indicated she’d even heard them quarrel shortly before Antoine disappeared. 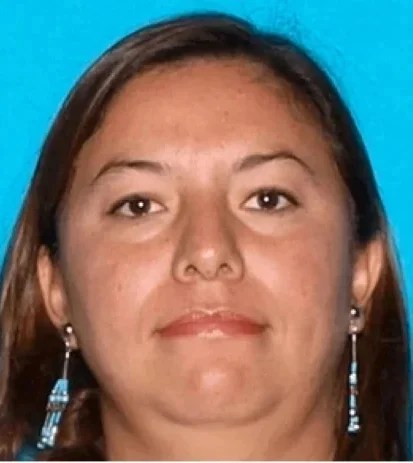 Another neighbor, Osvaldo Macias said, “We heard like a shotgun blast go off.” Investigators further contacted the local school authorities to find the Smith children had not been attending classes since May 4, roughly around the time Antoine was last seen alive. Through extensive inquiries, it soon came out that Leticia had fled to Mexico with their kids. As per records, she had dual citizenship in both Mexico and the United States, so she could easily do so. Yet detectives did not issue an Amber alert for the young girls since they believed their mother had no intention of harming them.

Antoine’s best friend and co-worker, Corey Chapman, claimed in the ID episode that the couple had a big fight about a week before Antoine went missing. He conceded he did not remember the exact issue which caused the argument but alleged that it ended with his closest confidant having scratch marks on his neck and Leticia calling 911. However, when the police subsequently dropped in for a check, they noted Antoine was the only one who was physically hurt.

Leticia’s mother, who has wished to remain unidentified, has also since expressed her son-in-law’s death was a tragedy that stemmed from an unhappy marriage. She alleged her daughter had told her she was feeling trapped in the union but added that despite everything, Leticia was a devoted and caring mother. Yet, she still claimed she had no information regarding her daughter’s whereabouts. That’s when the police sought public help to catch the evading purported killer and revealed she was last driving a silver 2010 four-door Honda Accord with California license plate 7FBT742.

Where is Leticia Smith Today?

Antoine’s homicide case turned cold as the authorities could not catch Leticia; though she continued to be the prime suspect in the murder case. However, in December 2021, things took a turn as the San Bernardino County Sheriff’s Cold Case Homicide Team resumed the investigation. Working in tandem with their Mexican counterparts, the investigators were soon able to trace her all the way down in Rosarita, Mexico.

Officials secured an extraditable warrant for Antoine’s murder with the help of the Department of Justice, and Leticia was arrested in early 2022 by Mexican authorities without incident. The children were also found to be safe. She was handed over to the Marshals Service on March 4, 2022, and returned to the country. As per the last reports, the 40-year-old is currently detained at the West Valley Detention Center on a $2 million bond, awaiting trial.