Are Addison and Bryce Still Together? 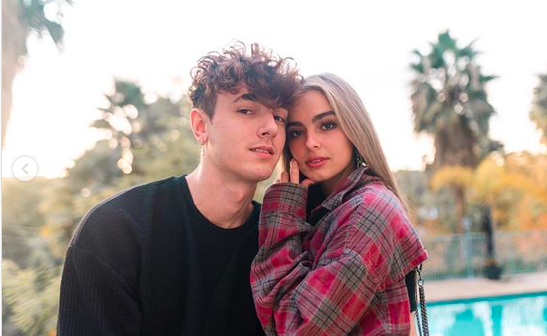 TikTok sensation Addison Rae is a social media personality and dancer who has an impressive following of over 78 million users on the app. Born in 2000, Rae was raised in Louisiana with two younger brothers. After joining TikTok in July 2019, she uploaded videos of her dancing to trendy songs and quickly rose to popularity. In August 2020, Forbes reported that she had earned $5 million through endorsement deals and merchandise. Interestingly. Addison is also close friends with the ultra-successful reality star Kourtney Kardashian.

YouTube and TikTok celebrity Bryce Hall is also a social media personality. He has around 19.4 million followers on TikTok and is a member of Sway House in L.A. An avid partier, Hall got into some legal trouble in 2020 for hosting his 21st birthday bash even though large house parties were banned in L.A. due to COVID-19 restrictions. For the past year and a half, Bryce and Addison have had a Ross and Rachel style whirlwind romance. Indeed, it has resulted from some intense shipping done by both the gods above and their fans on earth. All was going well until rumors of a forthcoming breakup started spreading. Let’s find out if you should be worried about Braddison’s future or not!

Speculations about Addison Rae and Bryce Hall dating each other began when the two appeared in their first TikTok video together on October 7, 2019, ad-libbing to Michael Jackson’s “Pretty Young Thing.” The video started with the “really hot boyfriend” audio which fans read a lot into. Throughout the next few months, they created more videos together, and Hall posted many sweet pictures of the two being in each other’s arms. But on Jan 30, 2020, just ahead of Valentine’s day, Hall shared a tweet, insisting that they would always be friends even if they weren’t going to be “kissy kissy anymore.”

addison and i are NOT dating!!! she’s doing her own thing and im doing mine. we’re still friends and plan to remain that way!! i still love her and we’re still gonna hang n stuff but, we’re just not gonna be kissy kissy anymore.. btw, neither of us are punching the air 😦

Yet Hall confirmed on February 1, 2020, that they were together, but 20 days later, Rae told Entertainment Tonight that after going back and forth on romance, they had decided to be just friends. Then followed some more rumors, denials, flirtatious videos and pictures, and images of Thomas Petrou’s new car plastered with 750 photos of the duo. Finally, in November 2020, a YouTube video entitled ‘THE TRUTH ABOUT US’ was uploaded by Rae. 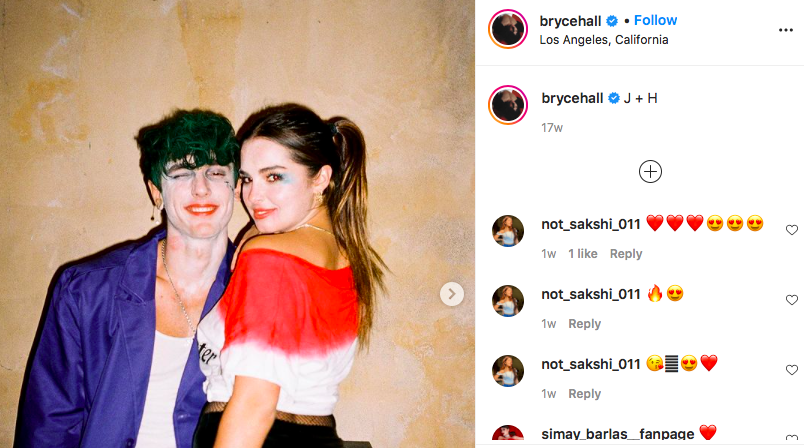 It showed the pair working out together while revealing many ups and downs and cute moments in their relationship. Addison gleefully admitted, “We have been dating since October 13!” She also recalled the sweet note Rae had sent her on her birthday, which read, “20 isn’t really a cool year, but I hope you enjoy this as the alternative. Happy Birthday Bad Bleep.” And now, 4 months later, whispers are being heard about an imminent breakup. Are they still a couple? 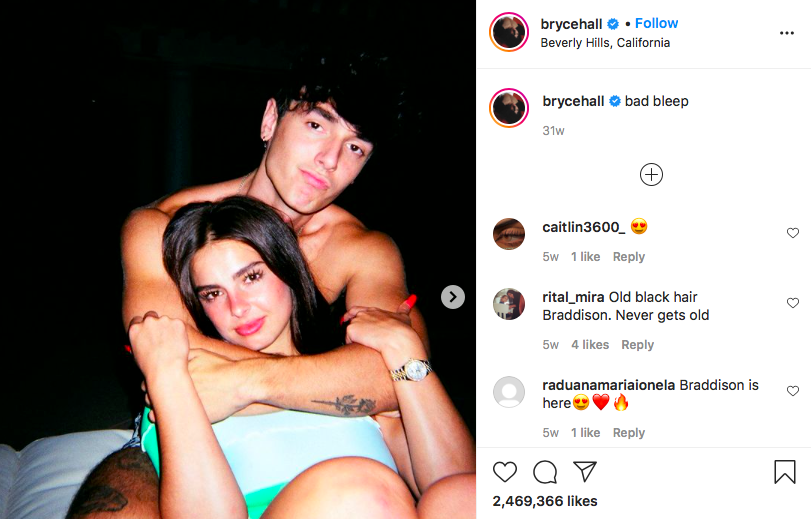 Are Addison Rae and Bryce Hall Still Together?

On March 3, 2021, Rae requested her 36 million Instagram followers to give her some privacy. “Sharing my life with y’all makes me happy, but some things I choose to handle offline. When and if I want to share, I will make that decision,” she said. While there has been no official announcement of a breakup, Rae’s relationship with Hall is uncertain at this point. The reason for that is the weekend trip to Las Vegas that Hall attended with a bunch of influencers, which sparked off rumors of his straying.

On March 1, 2021, KeemStar posted a video on the YouTube channel DramaAlert showing alleged screenshots of adult-film star Dana Wolf’s text conversation with a friend in which she reportedly says that she slept with Hall. Bryce, 21, denied the allegation and even tweeted, “I did not cheat on Addison,” the next day.

I didn’t cheat on addison.

Some fans also accused influencer Saiviantha (real name Samantha Salvador) of having hooked up with Hall, but she denied it. She explained that while she was in Vegas with Hall and his friends till 2 a.m., it was more of “a business, networking type of thing.” For now, Rae and Hall appear to be figuring things out privately. We can only hope that the recent allegations have no truth to them and are only rumors. Here’s wishing that the couple works it out and stays together for the long haul!

Read More: Are Chiquis Rivera and Lorenzo Mendez Still Together?