Are Ali Fedotowsky and Roberto Martinez Still Together?

Alexandra Elaine Ali Fedotowsky-Manno is widely recognized from ABC’s reality show ‘The Bachelor’ season 14 (The Bachelor: On The Wings of Love) in 2010, where she rose to popularity within her six-week appearance on the show. She was originally an entertainment journalist who then pulled away at one of Jake Pavelka’s rose ceremonies to get back to her job. The same year, she made a comeback on TV with ‘The Bachelorette’ season 6, where she met Roberto Martinez and eventually fell in love. But did their love survive the test of time? Let’s find out!

On one of her rants on her personal blog, Ali stated that on the very first night on the show, she had a feeling she would end up with Roberto. This explains why she gave her first impression rose to Roberto, the handsome and charming Insurance Agent from Florida. In episode 3, Ali and Roberto shared a helicopter ride over Los Angeles, after which Roberto affectionately assisted her in dealing with her fear of both flying and heights. That is when they also kissed for the first time.

In episode 9, Roberto and Ali went on a date on a heart-shaped island where they kissed and established a deeper connection. In the episode titled ‘Final Dates and Final Rose Ceremony’, Roberto got along with Ali’s parents and asked her dad to grant him permission to marry Ali. Later, the couple spent the night together at a beach house before she finally declared that she is in love with Roberto.

At the rose ceremony, Roberto proposed to Ali, and she says yes. He later disclosed his post-engagement ideas to Ali, and the couple mulled over their post-show plans. Before the closing credits, we saw the pair take off to Catalina Island as a pre-honeymoon requisite. But what happened after the show ended?

Are Ali Fedotowsky and Roberto Martinez Still Together?

To the surprise and shock of fans everywhere, Ali and Roberto publicly announced their separation on November 21, 2011. Ali revealed in an interview for People that the break up wasn’t sudden or unexpected. They had been having conflicts for a considerable amount of time and concluded that they both have conflicting personalities. Ali identifies as an extrovert who needs social interaction on a very frequent basis, while Roberto is quite the opposite.

This reportedly caused unhealthy boundaries between the two of them, which is why they both decided to call it quits. Ali and Roberto were together for eighteen months before calling it off. They even tried living separately before their relationship lost eminence. In a conversation over dinner later, after reuniting for a brief period, the two came to terms with their incompatibility and decided to go separate ways. Ali eventually got engaged to Kevin Manno, a radio personality, in 2015. They even had a daughter a year later and got married in March 2017. 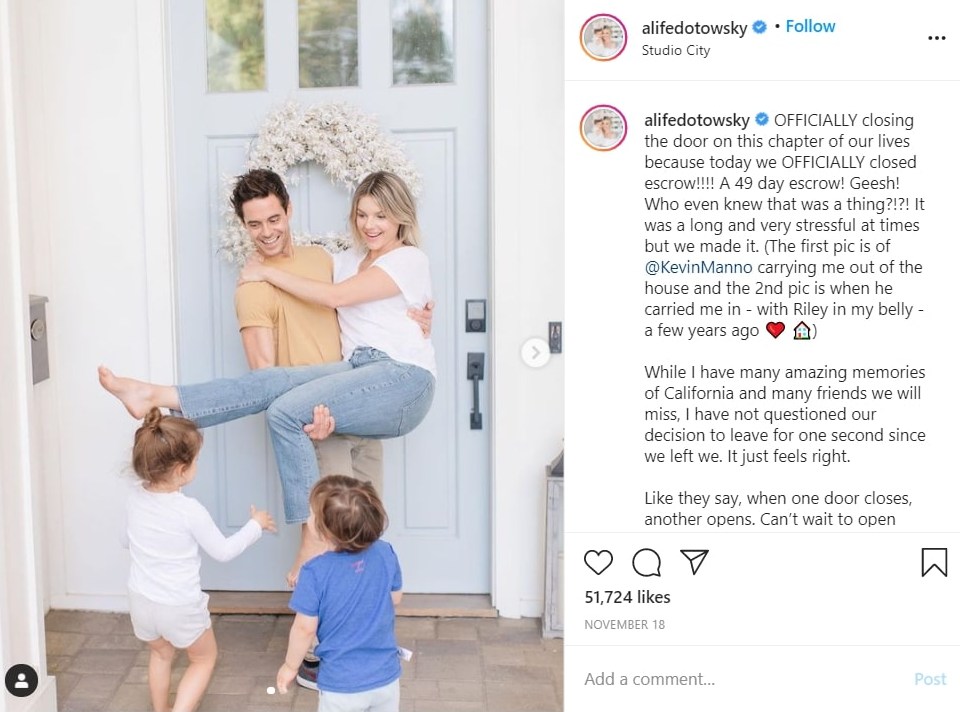 On May 24, 2018, the couple was blessed with a second child. Ali is also known to be active on social media with her frequent posts that lovingly feature her husband and children. On the other hand, Roberto is barely seen on social media and has drastically decreased his visibility after his fall-out with ex-fiancée Ali. However, he is reported to be involved with a speech pathologist Kristiana Elliott.

Read More: Demar Jackson from The Bachelorette: Everything We Need to Know