Demar Jackson From The Bachelorette: Everything We Know

The award for the “most number of twists and turns” will surely be won by Clare Crawley’s season of ‘The Bachelorette.’ One of the contestants who came vying for her heart is Demar Jackson. After the bachelorette walked out mid-season with Dale Moss, Demar started seeing her replacement, Tayshia Adams, as his potential wife. According to reports, he could not make it to the top four.

Yet, after delving into the long list of his accomplishments, it hardly seems like an unfavorable outcome would impact Demar’s female-fan following or the success of his professional endeavors. In all honesty, before we looked for his life’s details, we were just curious, but the answers have left us super impressed!

Demar Jackson Nationality: Where Is He From?

Demar Jackson was raised in San Diego, California, from where he decided to make the big move to Scottsdale, Arizona, to build a stable career for himself. The filming of ‘The Bachelorette’ took him to La Quinta Resort & Club located in California. Having gained celebrity status, he might even consider permanently moving to the state in search of better opportunities. 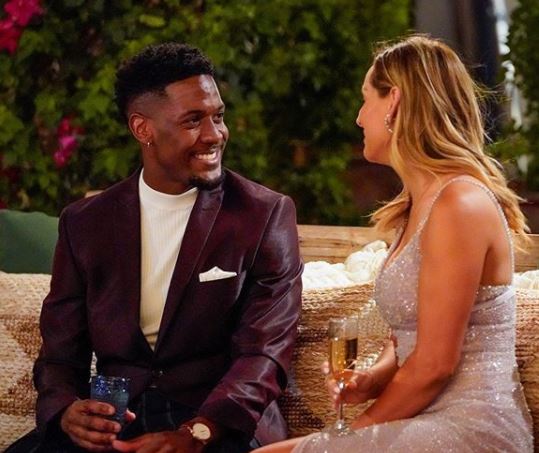 The only child to his exceptionally supportive parents, Demar Jackson is a 26-year-old who is not only physically fit but also academically learned. In 2016, he graduated from Arizona State University and earned a Bachelor of Science degree in Exercise and Wellness. The infectiously energetic young man also studied diligently to receive a certification in Business Administration and Management. He then pursued a Master of Science in Parks, Recreation and Tourism Management from Clemson University in South Carolina.

To add to his illustrious accomplishments, he was well-deservedly a Fitness and Wellness Graduate Assistant. Jackson is extremely close to his “Mother Goose” and “Pops” and frequently shares appreciative posts for them. In fact, even during his search for “the one,” he has in mind someone who would be able to gel with his mother and join them on their “Starbucks coffee dates.” He is not a professional basketball player, nor is his father, yet he wishes for a wife who can shoot hoops with him. 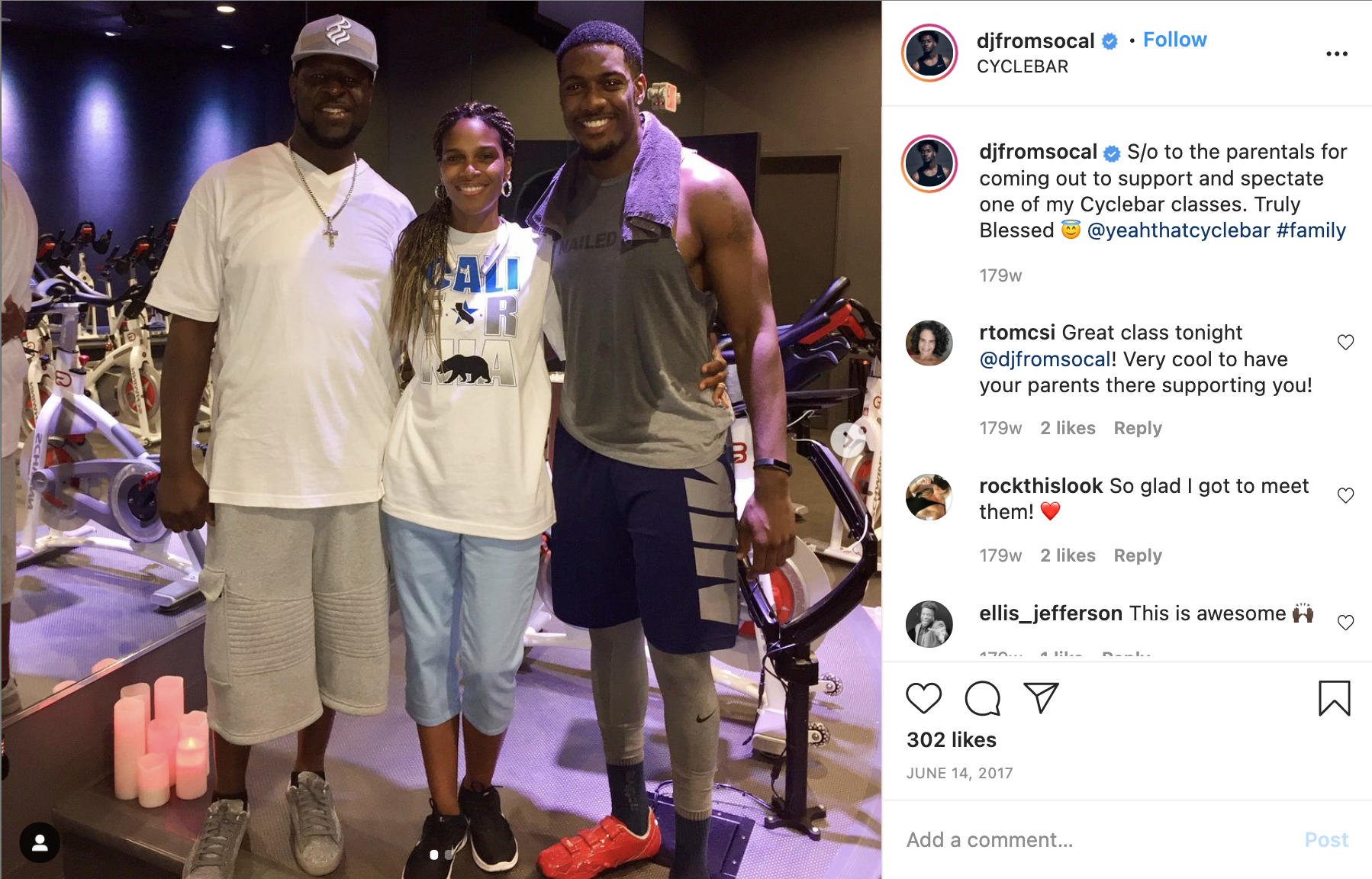 Demar Jackson is a spin instructor and has established his clientele at Scottsdale, Arizona. Unlike most people, he always had clear goals from a young age. Undoubtedly, Jackson is impeccable as a guide to those who want to learn the skill of indoor cycling to elevate their endurance level, strength, stamina, etc. As of 2020, he works at the Madison Improvement Club, an upbeat fitness center. Nonetheless, the proficient teacher wishes to be a Disc Jockey, specifically at South Las Vegas Boulevard in Clark County, Nevada. 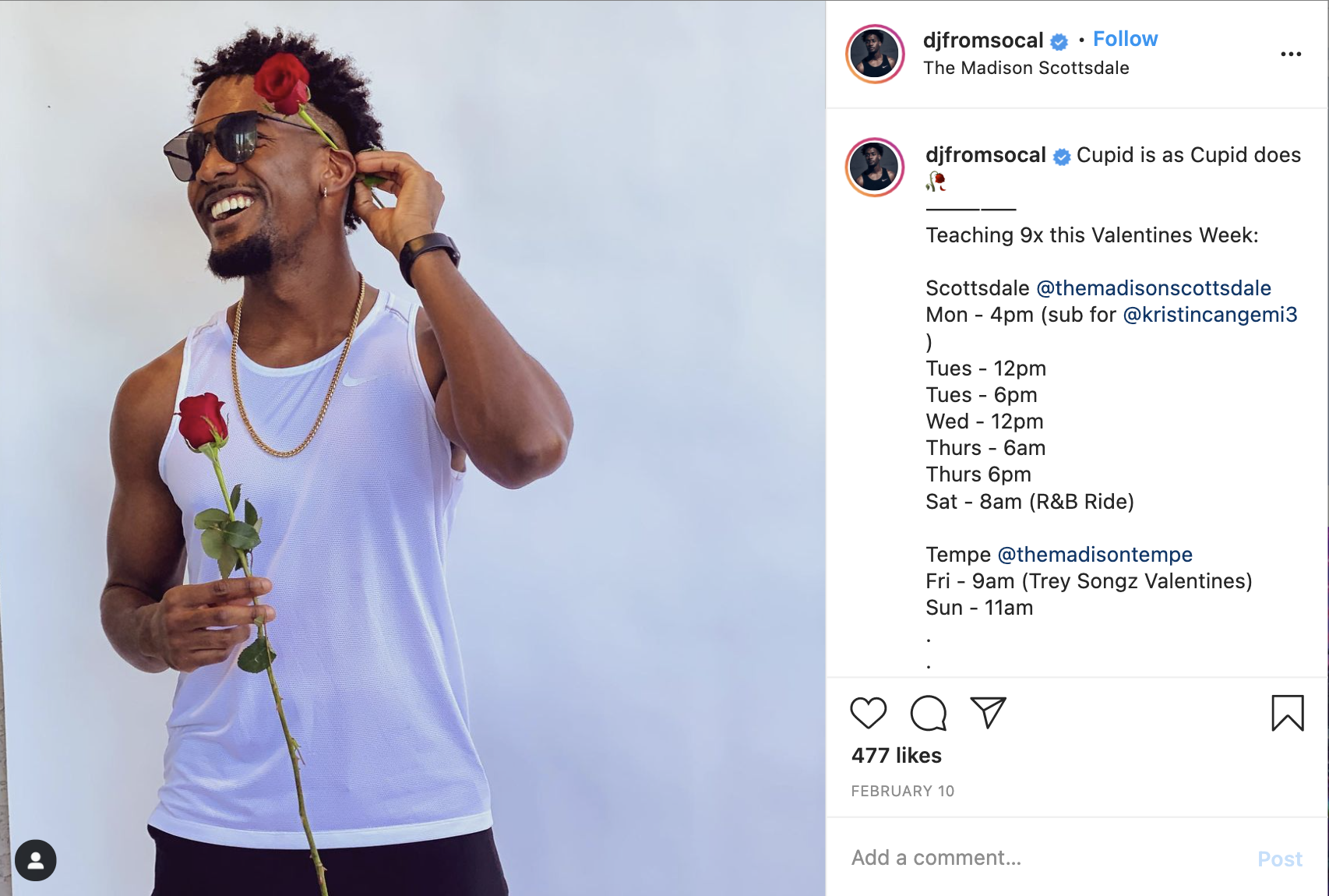 Jackson often vents his feelings by writing poetry but knows that it is only a hobby and not his forte. Though his job profile entails training people as a spinning coach, one look at his social media accounts would tell us that he has propelled himself to be an aspiring model for a long time. Although Jackson has never professed the same, his besuited snapshots, sculpted body, and picture-perfect candids convey the message loud and clear.

Read More: Zac Clark From The Bachelorette: Everything We Know