Zac Clark From The Bachelorette: Everything We Know 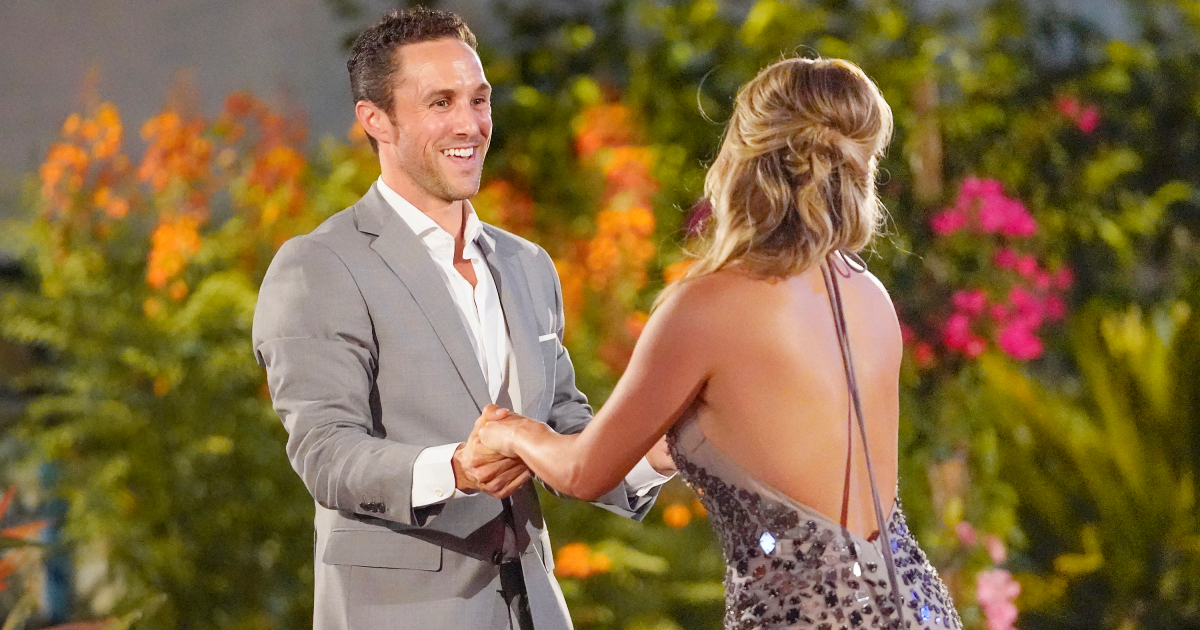 Zac Clark has been basking in the glory of newfound fame after starring in the sixteenth edition of ‘The Bachelorette.’ The famous American dating reality show has been running successfully since its inception on January 8, 2003. As per reports, he not only garnered immense support from the viewers but has also won Tayshia Adams’ season. Unfortunately, they did not get engaged in the finale episode.

It can either mean that like many others, Clark and Adams are taking their time to get to know each other better or have parted ways for good. Some also claim that he never made it to the top four, let alone be the frontrunner. Whatever the outcome of ABC’s hit series may be, Clark’s celebrity status is sure to take him a long way. We got intrigued to know more about the charming contestant, and here is everything we find out!

Zac Clark Nationality: Where is He From?

Zac Clark hails from Haddonfield, a suburban area located in Camden County in New Jersey. As is evident from his gentlemanly demeanor, Zac has truly imbibed the cultural values of his hometown. In addition to this, the television personality is also a great admirer of Philadelphia sports. He does not shy away from amalgamating his love for food and sports. 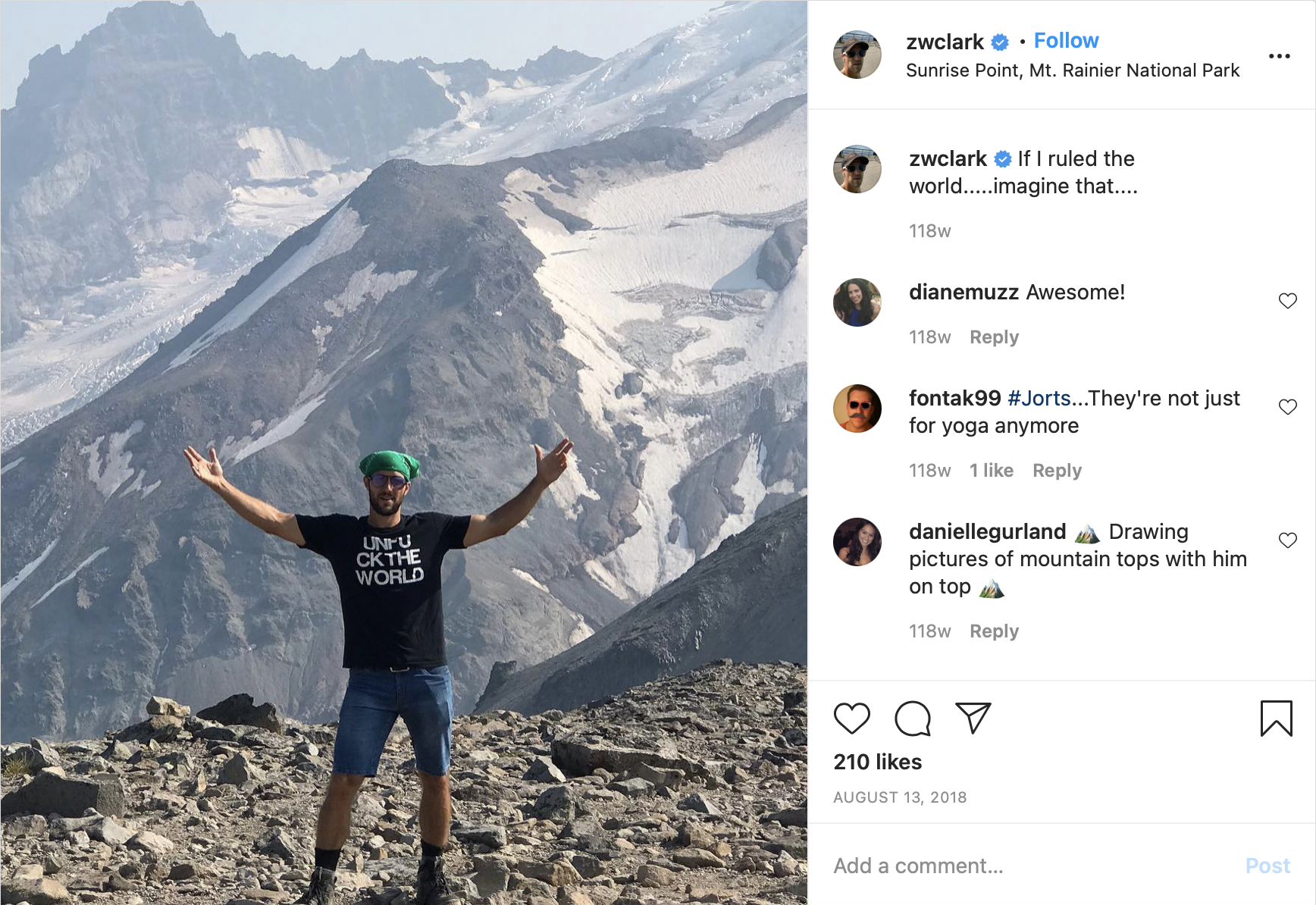 Clark even expressed his life-long dream of sharing a Philly cheesesteak with his future wife as they spend the evening absorbed in watching the Eagles win a Super Bowl. He also seems to have traveled to various exotic locations, mostly within the United States like Colorado, Naples, Capri, to name a few. His dream destination is Italy, and he plans to “eat his way through the country.”

Born in 1984, Zac Clark is a handsome man of 36 years of age. After much effort and self-determination, he has successfully put his partying ways behind him, which included his excessive indulgence in alcoholic substances and even drugs. Reportedly, Clark began sharing his recovery experiences by 2014 and told his audience that his alcohol addiction started at an early age. He allegedly went on to take Adderall by the time he reached college and consumed morphine and other powerful prescribed drugs after a brain tumor removal.

Reports suggest that Clark was also arrested for carrying crack cocaine when caught drunk-driving. It has also been reported that Clark has been married before and came to ‘The Bachelorette’ looking for love again. His only priority is a stylish woman who knows how to stay fit and flex her curves, much like him. 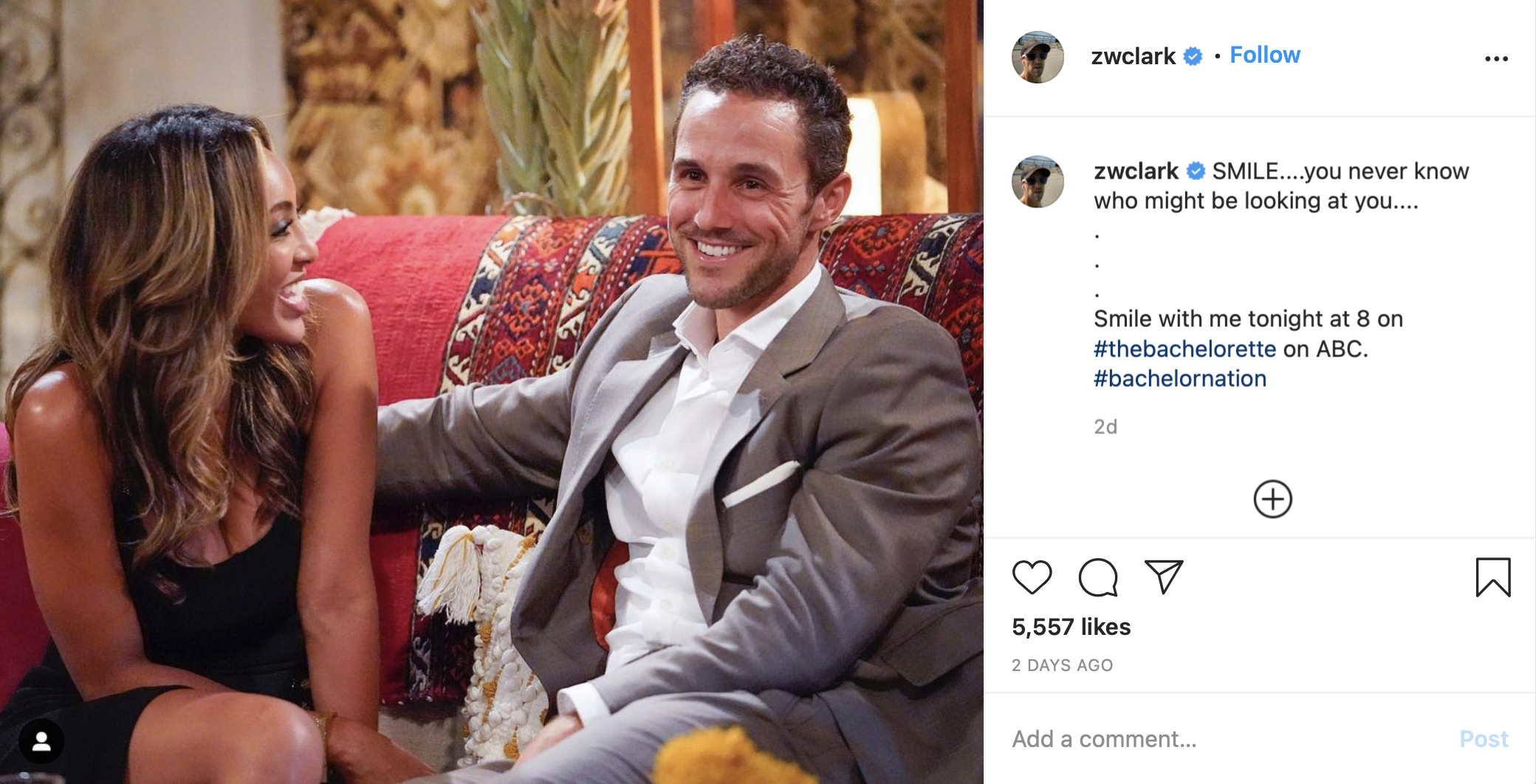 Traits that make him go gaga are an impressive mental and physical strength along with his potential partner’s ability to focus on things other than solely working out the relationship. Formerly, he was a college athlete who did not get the chance to transform his passion into a vocation. So what does he do for a living? And what drives him?

Ironically, Zac Clark is an addiction specialist who understood the value of a sober life after briefly treading on the antithetical path. He runs a recovery program for drug addicts at various locations in New York City and Westchester. Stemming from his personal experiences, he undeniably does a great job in “share(ing) the gift of recovery with as many people as possible.” 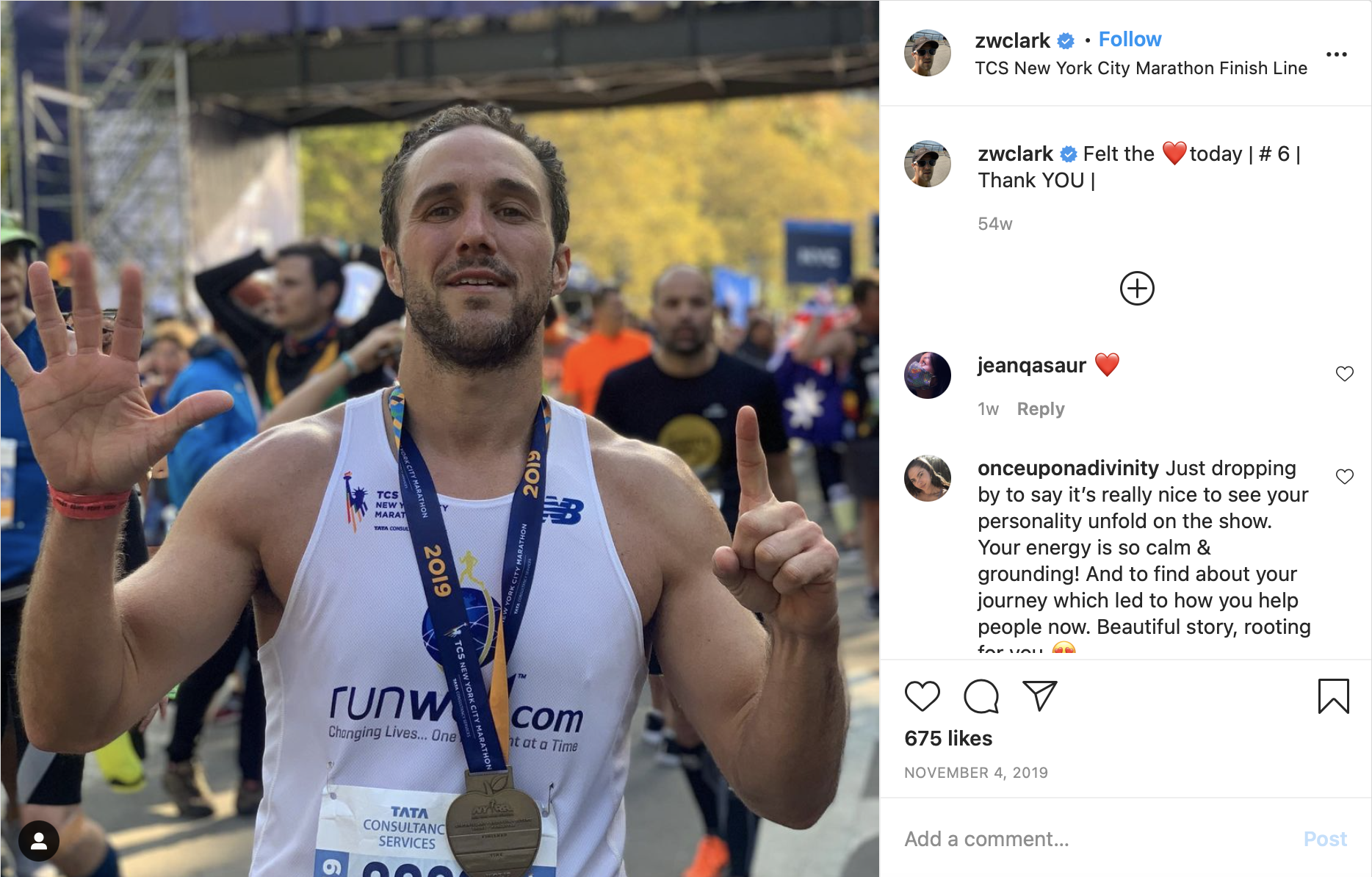 His work life includes helping his patients slip back into the normal world as comfortably as possible after coming out of rehab. Zac C. is a Caron alumnus and current board member of the institution, which is an addiction treatment center. He participated in a virtual event that raised almost $450,000 for the noble cause. The alleged frontrunner has made public his love for sports and his active participation in them.

Clark frequently runs in marathons, and his athletic body bears testimony to it. He has shared multiple pictures of himself standing at the finish line, including the 2016 and 2019 New York City Marathons. He even explained his emotional purpose behind it – his running the NYC Marathon every year is a dedication to a friend’s brother who passed away after losing his battle with drug addiction.

Read More: Are Clare and Dale From The Bachelorette Still Together?