Are Ali Fedotowsky and Roberto Martinez From The Bachelorette Still Together? 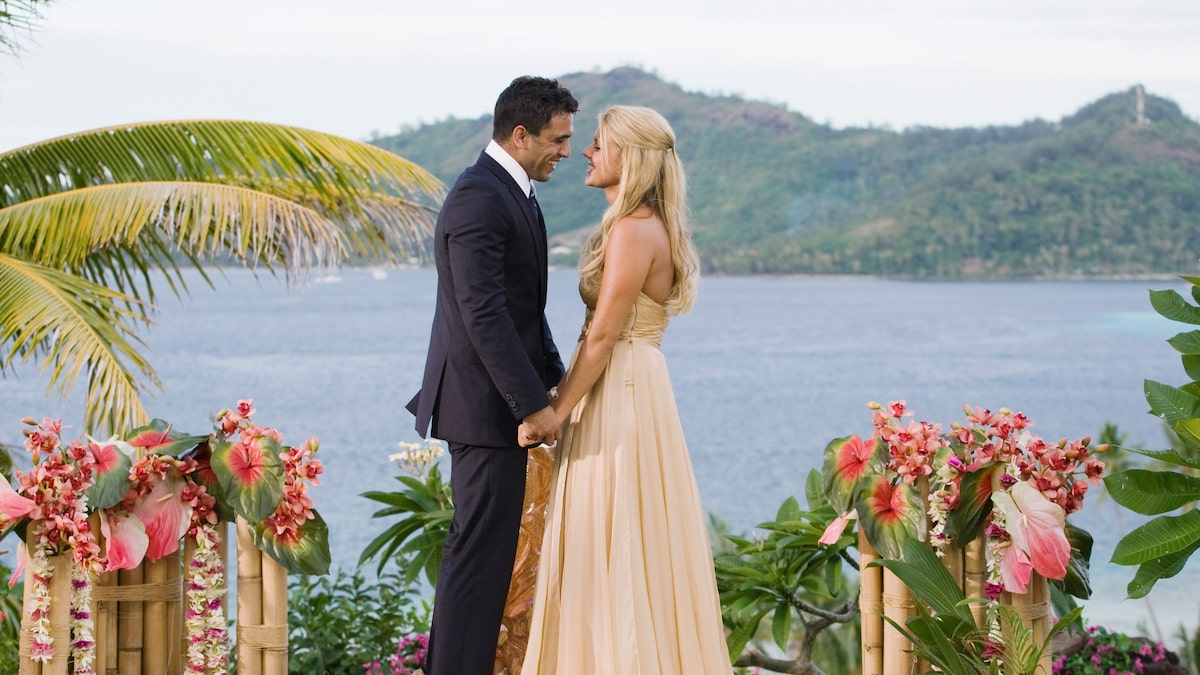 For a couple of decades now, dating reality show The Bachelor and its equally popular spin-off The Bachelorette have been keeping fans emotionally invested in the contestants’ tangled love lives. Ali Fedotowsky’s season of The Bachelorette (in 2010) was a particular fan-favorite and is slated to be showcased in an episode of the upcoming The Bachelor: The Greatest Seasons — Ever. Ali went through quite a lot of drama and heartbreak before she decided on the man of her dreams, Roberto Martinez. But are they still together, 10 years later? Read on to find out!

Ali and Roberto: Their Bachelorette Journey

Ali first appeared in The Bachelor Season 14, trying to woo pilot Jake Pavelka. Fans of the show loved her bubbly and charming personality. Unfortunately, she had to quit the show mid-season due to pressure from her then-employers. ABC brought her back as the lead for The Bachelorette in the same year because of her popularity with the viewers.

From the very beginning, 2 contestants caught her eye – Roberto Martinez and Frank Neuschaefer. She had a connection with them both. However, in a very dramatic turn of events, Frank broke Ali’s heart in the final three, admitting that he was still in love with his ex-girlfriend.

Ali had to pick up the pieces of her heart and move on, focusing all her energies on Roberto – the other serious contender for her hand. In the end, she gave him the final rose and they got engaged in a very romantic setting in the final episode of that season.

Are Ali and Roberto Still Together?

No, they are not. After The Bachelorette ended, Ali and Roberto moved to San Diego to start their new life together. They started off good but things turned sour soon. They had to keep pushing the wedding date back for numerous reasons. Their personalities did not suit each other well and they clashed quite often. Roberto was introverted and wanted to spend his weekends alone while Ali being a people person, wanted to be surrounded by friends and family always.

Their arguments grew into frequent explosive fights. They soon realized that they both were more unhappy than happy, and not well suited to each other. Ultimately, they called it quits in November 2011, 18 months after their engagement.

Much later, on a Bachelor Nation podcast, Ali revealed that she hadn’t been sure of Roberto even when she had gotten engaged to him. She admitted that if Frank had stayed, maybe she would have given him the final rose.

According to Ali (in an interview with People Magazine right after the break up), Roberto showed up on the last day when she was moving out and they both hugged each other and cried, breaking down completely. Both of them maintained that they had found true love but realized that they weren’t right for each other and that there was no bad blood between them.

Ali and Roberto: Did They Find Love?

Ali moved on to find the actual love of her life, her husband, and the father of her children, because of her association with The Bachelorette. She entered the entertainment industry and met her now-husband – radio personality Kevin Manno – through common friends in the industry. They got married in 2017 and now have 2 adorable kids.

Even though she didn’t find her one true love on The Bachelorette, Ali maintains that the show led her to her husband and she would forever be grateful for that. She seems to be in a really happy place in her life now, even though she did recently suffer from pregnancy loss. But all in all, Ali seems like she’s surrounded by her happy family and much love.

Roberto Martinez also found love, reportedly. In January 2020, he tweeted that he was engaged to his girlfriend Kristiana Elliott and followed his tweet by a series of cutesy photos. However, since the photos were later removed from his account, we’re not sure if their engagement still stands. We sure hope it does!

Read More: Where is Jake Pavelka Now? Is He Married?