Are Catelynn and Tyler Baltierra Married?

‘Teen Mom OG’ has been known to entertain people, primarily because of its memorable couples that audiences wholeheartedly root for. One such pair happens to be Tyler Baltierra and Catelynn Baltierra (née Lowell) on the MTV series ’16 and Pregnant’. Their relationship then entered the limelight on ‘Teen Mom OG.’ Since then, viewers have gotten attached to their long journey of ups and downs.

The couple has stuck together since they were in middle school and have collectively experienced loss, trauma, and tragedy, which was poignantly depicted on the show. If you’re looking for any update regarding Catelynn and Tyler’s relationship, we’ve pitched out a timeline summarizing their history as a couple.

Tyler and Catelynn met in seventh grade when they were in the same music class and started dating in 2005. She got pregnant when she was 16, and the pair joined the cast of MTV’s ’16 and Pregnant.’ They weren’t prepared to raise a child, which is why their first child (Carly) was adopted by a couple in May 2009. Tyler and Catelynn joined ‘Teen Mom OG’ the same year, but their daughter was kept away from the show by her new parents.

In January 2010, Tyler’s proposal to Catelynn was showcased in an episode of ‘Teen Mom OG.’ She said yes, and the couple was officially engaged but not without problems. In summer 2010, their relationship hit a rough patch. Tyler was confronted with facts surrounding Catelynn’s ex, but the relationship somehow survived, and they made up within the same episode that showcased their fight. But in 2013, they decided to call off the engagement after realizing that their relationship needed some work. 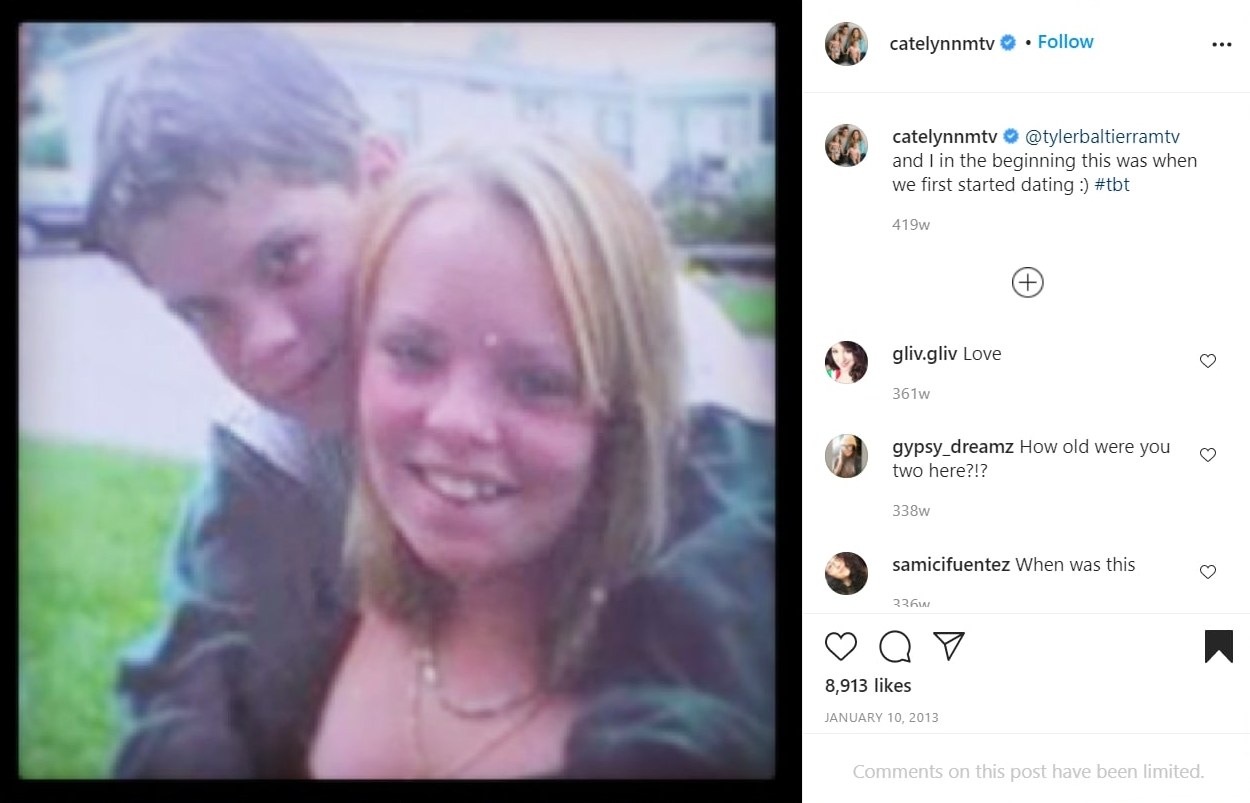 In August 2014, the couple revealed that they were expecting another child together. Catelynn had previously disclosed that she stopped using birth control as she was ready to bring up a child. Their relationship seemed to be going smooth during that phase. On Christmas in 2014, Tyler gifted her a new engagement ring, which implied that a wedding was underway.

On January 1, 2015, Lowell gave birth to their second child, Novalee Reign. In March 2015, they published a book called ‘Conquering Chaos’ that they both wrote together and set off on a book tour. The book contains accounts of their experiences with teen pregnancy, adoption, and breaking the cycle. The couple finally got married on August 22, 2015, after a decade of togetherness. 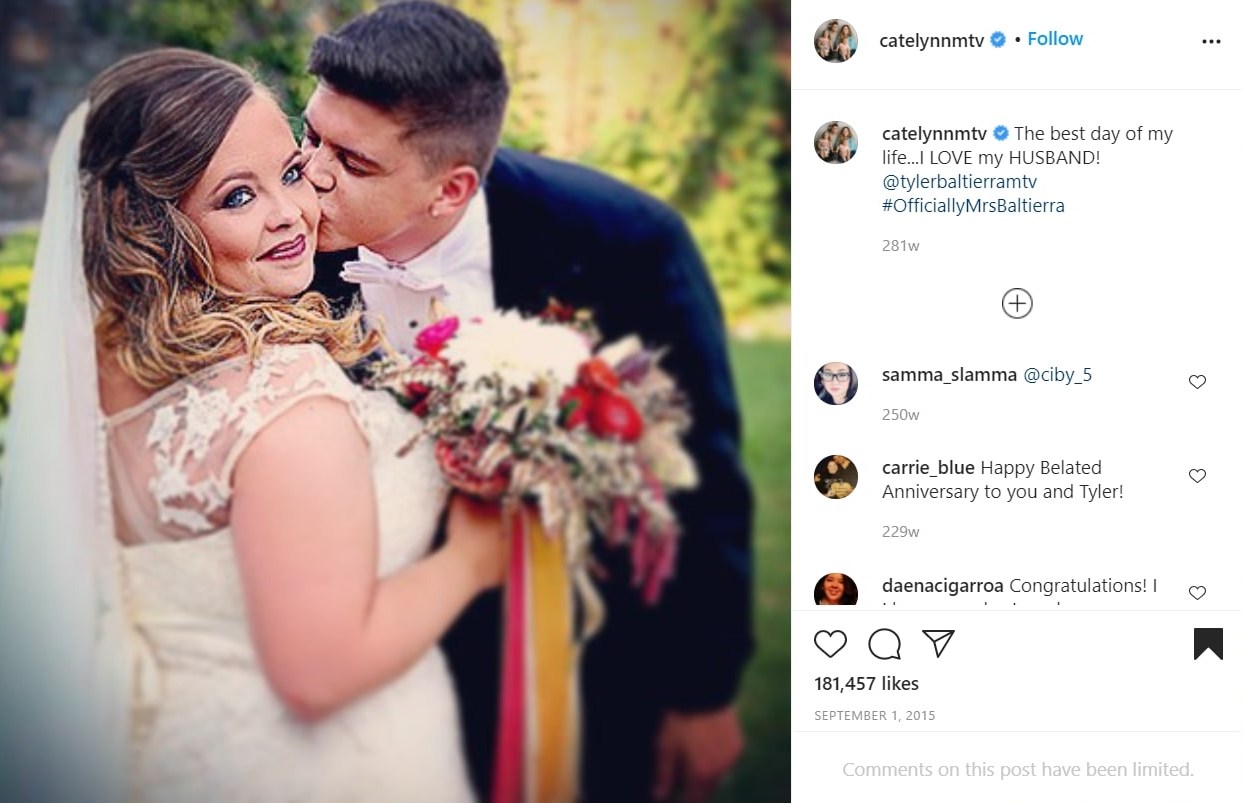 Are Tyler and Catelynn Still Married?

In July 2017, the couple worked together to release a clothing line called Tierra Reign. The clothing pieces are handmade and personally designed by the duo. Catelynn plummeted into a depressive episode during the same year wherein she dealt with mental health issues and experienced a miscarriage. She went away for treatment while Tyler took care of their daughter and the business. In summer 2018, a rumor about their breakup stirred the internet. Catelynn changed her Instagram name to Lowell from Baltierra, which further fueled the fire.

However, she shrugged off all doubts and suspicions regarding any possible separation. In September 2018, Catelynn and Tyler announced that they’re expecting another child. Catelynn said that it was by force of nature since they didn’t plan to get pregnant, considering all the problems they were facing. On an episode of ‘Teen Mom OG,’ they decided to live separately for a while after returning from therapy because they needed to figure out their place in life as individuals. But the couple reassured that they weren’t breaking up. 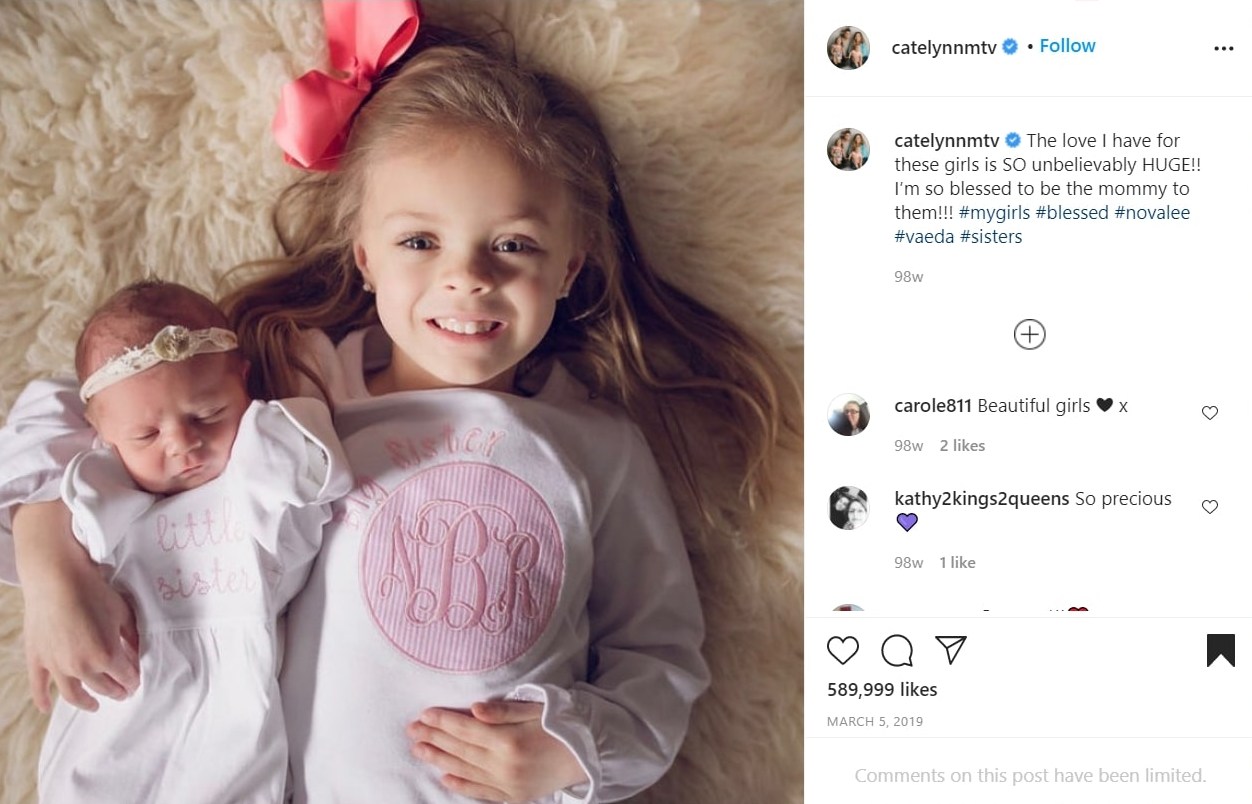 Their third child, Vaeda Luma, entered the world on February 21, 2019, after which they moved in together. In June 2019, Catelynn said she was glad to have spent time apart from Tyler and that she doesn’t need him. She also said that they’ve both grown a lot after couples therapy, stabilizing their dynamic. In December 2020, Catelynn shared that she was on her way to having another child but lost her baby on Thanksgiving. She was still in her early phases of pregnancy, but the experience was nevertheless heartbreaking.

Their daughter Nova was kept away from this news, as mentioned by Catelynn because the possibility of going through another miscarriage never left her mind. On January 12, 2021, Catelynn shared a picture from their wedding along with a heartfelt caption on her Instagram, wishing her “love, husband, and best friend” on his 29th birthday. On January 25, the couple announced that they have decided to further expand their lovely family by adopting their fourth child. 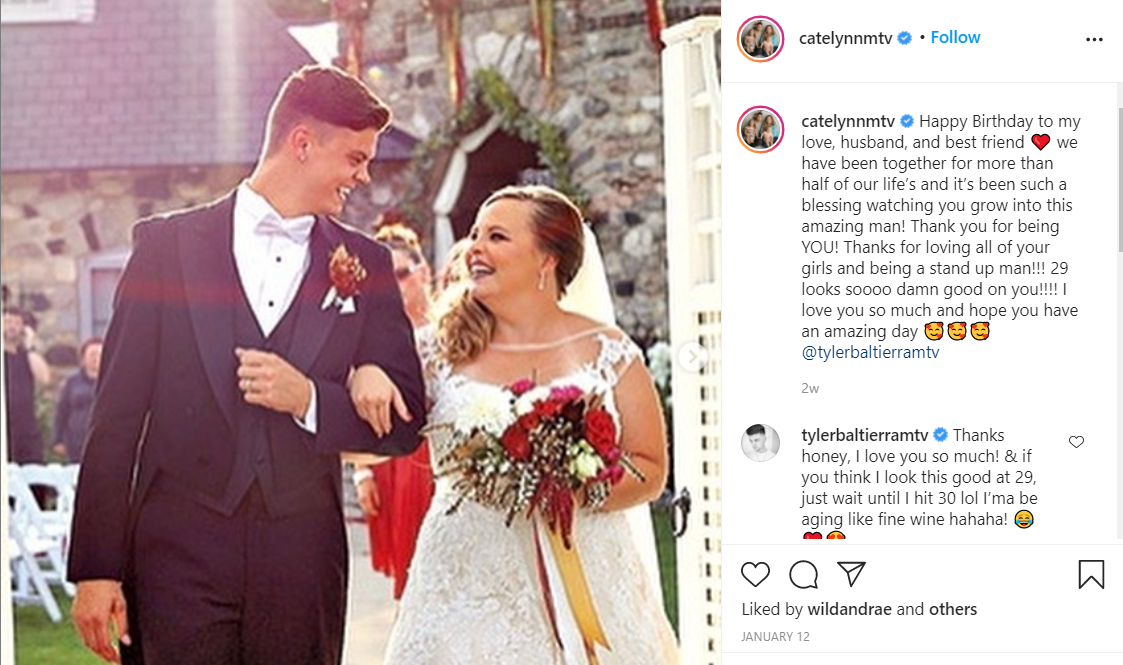 Read More: Where is Catelynn Baltierra From Teen Mom Now?