Where is Catelynn Baltierra From Teen Mom Now? 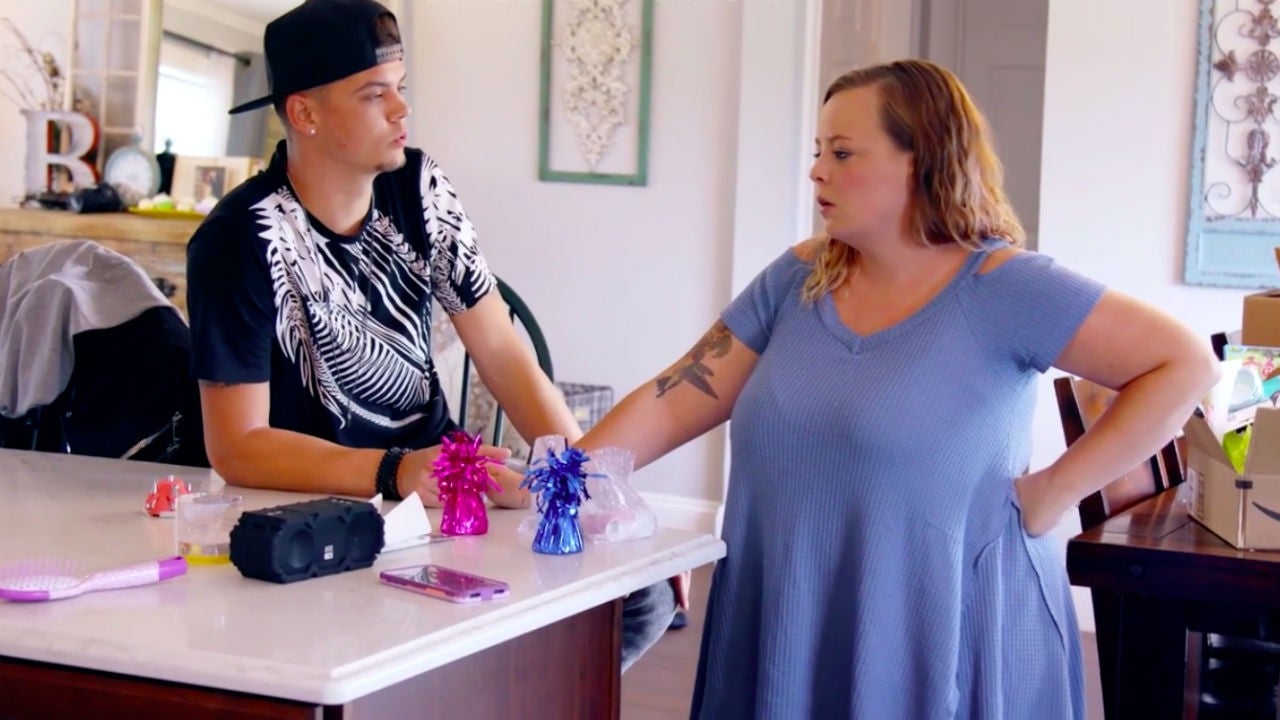 ‘Teen Mom’, a spin-off series of the MTV reality show ’16 and Pregnant’, has been continuing ever since it was rebranded as ‘Teen Mom OG‘ in 2015 after a hiatus of 3 years. The show follows the lives and baby struggles of mothers who had their babies on ’16 and Pregnant’ more than a decade ago. Catelynn Baltierra (previously Lowell) is one of those moms. We first saw Catelynn on our TV screens when she appeared on ’16 and Pregnant’ because she was 16 and, well, pregnant! The baby daddy – Tyler Baltierra – had already been dating her for a couple of years before they got pregnant. So where are Catelynn and Tyler now? Read on to find out.

Catelynn and Tyler started dating at the impressionable age of 13 or 14. They got pregnant in 2008, and in a weirdly twisted turn of fate, Tyler’s father Butch and Catelynn’s mother April also started dating and even got married in 2009 (later divorced in 2013), making the two high school sweethearts step-siblings. Claiming that they were dating since before their parents, Tyler and Catelynn didn’t let the marriage of their parents get in the way of their own romance. Catelynn gave birth to a baby girl (named Carly) in May 2009.

‘Teen Mom’ documented the difficult decision that Tyler and Catelynn made to give up their baby girl for adoption because that is what would be best for her. Carly was adopted by a married couple who couldn’t have kids of their own. Even though they are not raising her themself, Catelynn and Tyler are a constant presence in Carly’s life (but they are not allowed to post her photos on social media). They meet her in person once or twice a year and are on excellent terms with Carly’s adoptive parents. Catelynn and Tyler have previously talked about how hard it is for them to watch their little girl grow up from afar, but they also know that this was the best course of action for Carly and they are content to just count their blessings as they still get to meet her.

Tyler and Catelynn were still in high school when Tyler proposed to her for the first time. They broke up for a short while when Catelynn admitted that she had cheated on Tyler with her ex. They got back together, only to split again after their stint on the show ‘Couples Therapy’ in 2013. But they were clearly not done with each other since the very next year they got engaged and announced their second pregnancy. Their second child, a baby girl they named Novalee Reign, was born on January 1, 2015. Half a year later, Tyler and Catelynn tied the knot finally, with Carly and her adoptive parents present there.

Catelynn Baltierra: Where is She Now?

Catelynn is still happily married to Tyler and, in 2019, they welcomed their third child together, another little girl named Vaeda Luma was born on February 21, 2019. Now they keep busy raising their two daughters and occasionally visiting Carly for annual visits. The couple has also co-authored a book together – Conquering Chaos.

Before Vaeda was born, though, Catelynn was going through a deep depression which was triggered by a tragic miscarriage two years after the birth of Novalee. To battle depression, Catelynn spent some time apart from Tyler, even going to a facility to work on her mental health issues. Catelynn has talked about how she was feeling suicidal at one point in time and that’s when she decided she needed professional help.

The time spent apart, along with some couples therapy and the eventual birth of Vaeda Luma, made the reality star couple realize their love for each other is still strong and they were ready f0r a fresh start. To celebrate their 5-year anniversary, the couple went to Hawaii recently, where Catelynn surprised Tyler with a renewal of their marriage vows. Despite ups and downs, Tyler and Catelynn have been going strong for 15 years. They are still not done making babies, though, and this time really want to have a boy. As of yet, there has been no news of a fourth pregnancy but we wish them luck.