Where is Amber Portwood From Teen Mom Now? 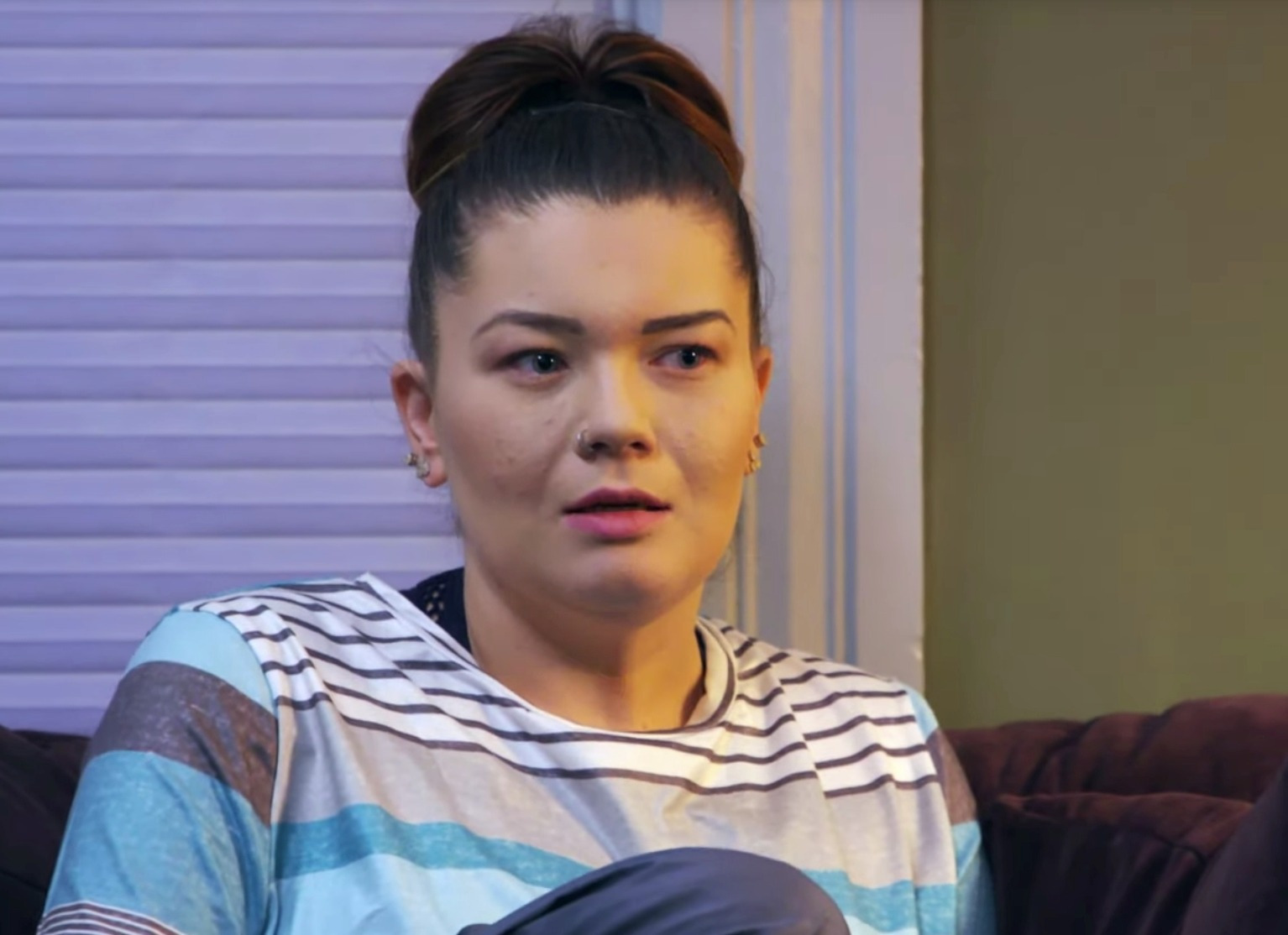 For years, since it’s inception in 2008 on MTV, ‘Teen Mom‘ has kept us caught up with the documented lives of teenage mothers – from their pregnancy months to their life as single mothers and problems they face raising kids when they’re little more than kids themself. ‘Teen Mom’ has, over the years, also spawned several spin-offs and sequels, so it’s evidently one of the most popular reality shows. Of course, fans of the show are often emotionally invested in the girls that are featured on the show and would want to know how they’re doing in life after their time on the show.

Hailing from Anderson, Indiana, and born to Tonya and Shawn Edwin Portwood, Sr. in 1990, Amber has a brother who has served in the US Army and a younger sister who passed away in infancy. Amber’s ‘Teen Mom’ journey has been a turbulent one, fraught with many difficulties and harsh realities. As Amber revealed on the show many years ago, she was neglected by her mother in her early teens because her mom was having an affair. This is possibly a factor in why Amber ended up making a series of bad decisions and has had to suffer the consequences. In fact, she is still dealing with and working through some heavy issues.

Amber dropped out of Anderson High School without getting her GED after she got pregnant. At age 18, in 2008, Amber gave birth to her daughter Leah. Leah’s father and Amber’s then-boyfriend Gary Shirley was engaged to Amber for some time (they were together a total of three years) before they split up in 2011. In fact, what led to their messy breakup was Amber’s violent behaviour, which was documented on MTV as well. MTV aired footage of Amber physically assaulting Gary Shirley and injuring him in a September 2010 broadcast. At the time, MTV got a lot of flack for not intervening on Gary’s behalf and for doing nothing to stop Amber’s violent fit of rage. Eventually, weeks after the assault when the episode aired, then the police authorities were alerted to the situation. 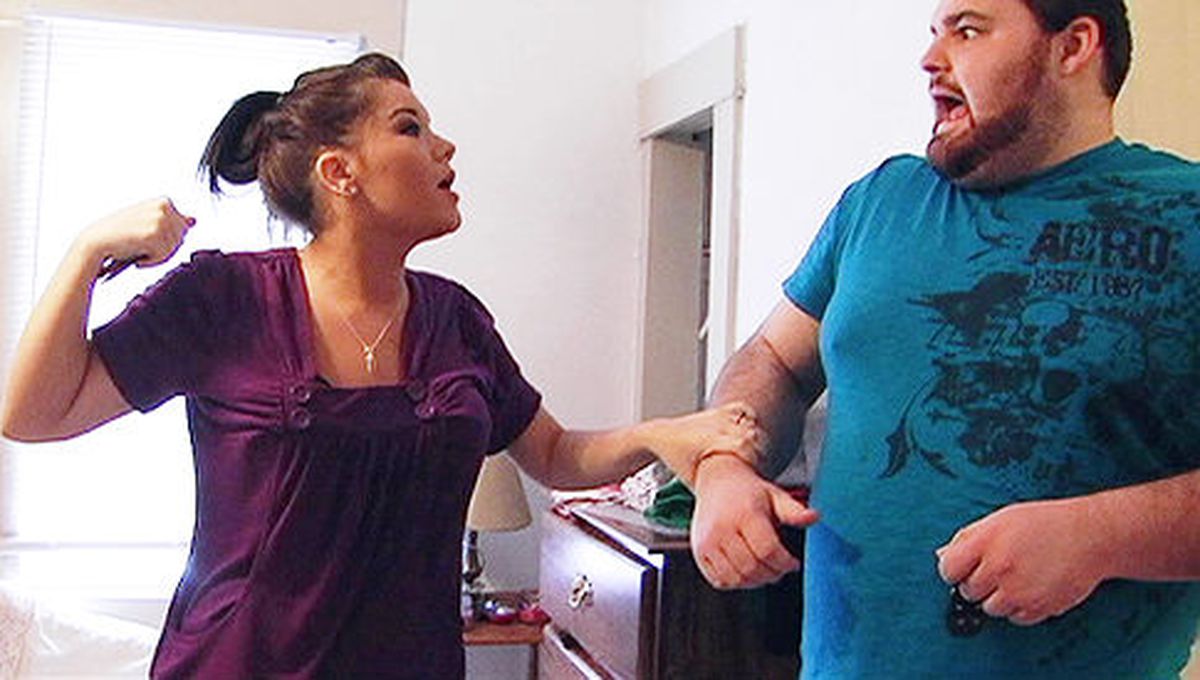 Apart from domestic violence, Amber was also charged with possession of marijuana and crack cocaine. In 2011, after Amber pleaded guilty to two felony counts of domestic battery, she was given a two-year suspended sentence and two years’ probation. She pleaded guilty to both domestic battery and possession of drugs and was given a five-year suspended sentence on the condition that she go to rehab. Ever since then, Amber has violated her probation several times, by dropping out of court-mandated rehab, by failing to take a required drug test, and failing to abide by the condition of good behaviour in society. This caused the court to impose her five-year sentence in its entirety in 2012, and Amber was sent to jail.

In 2013, Amber was released from prison due to good behaviour, and she sobered up with no intention of ever using again. In May 2018, Amber gave birth to her second child – a baby boy that she had with her then-boyfriend, Andrew Glennon.

Amber Portwood: Where is She Now? Is She Married?

Sadly, in 2019, Amber reportedly fell off the good behaviour wagon yet again and was apprehended in Indianapolis with two counts of domestic battery and one count of criminal recklessness with a deadly weapon, after she struck Glennon in the neck while Glennon held their baby son James in his arms. Apparently, some reports say that she also used a machete to attempt to break into a room where Glennon was hiding with the baby.

Andrew Glennon broke up with Amber and also took out a restraining order against her. In October 2019, Amber pleaded guilty to two felony charges of domestic battery and intimidation. She is currently living out her 906 days (roughly two and a half years) of probation. If Amber violates her probation this time, she will be sent to prison for five years.

But taking a look at things right now, it looks like Amber is really honestly trying to turn things around in her life and is focusing all her energies on being a better mom to Leah and James. She is also working on getting joint custody for both her kids since as of right now, both fathers have full custody. Over the years, Amber has been very vocal about her own mental health issues, having been diagnosed with bipolar disorder and borderline personality disorder, and she also likes spreading awareness about mental health.

Apparently, there is also a new man in her life – her boyfriend Dimitri Garcia, a Belgian native and dad of two. Their romance reportedly started in Fall 2019 and things got serious when Dimitri came to the United States to meet Amber and her family. He even made an appearance on ‘Teen Mom’ and met Gary Shirley and his wife Kristina (who are both on good terms with Amber because of daughter Leah).

Though we don’t know if they are still together, Dimitri did post on Instagram how he was missing not just Amber but also Gary and Kristina. He also posted a picture of Amber captioned with a heartfelt declaration of love and how long-distance has only strengthened their relationship. Neither of them has posted anything about their relationship in the last one month, but four weeks ago, Amber posted a picture of a broken glass heart. Could this be a clue that they’ve broken up? We cannot say for sure at this time. We do hope Amber finds the kind of true love that she’s looking for.