Are Chase Chrisley and Emmy Medders From Growing Up Chrisley Still Together? 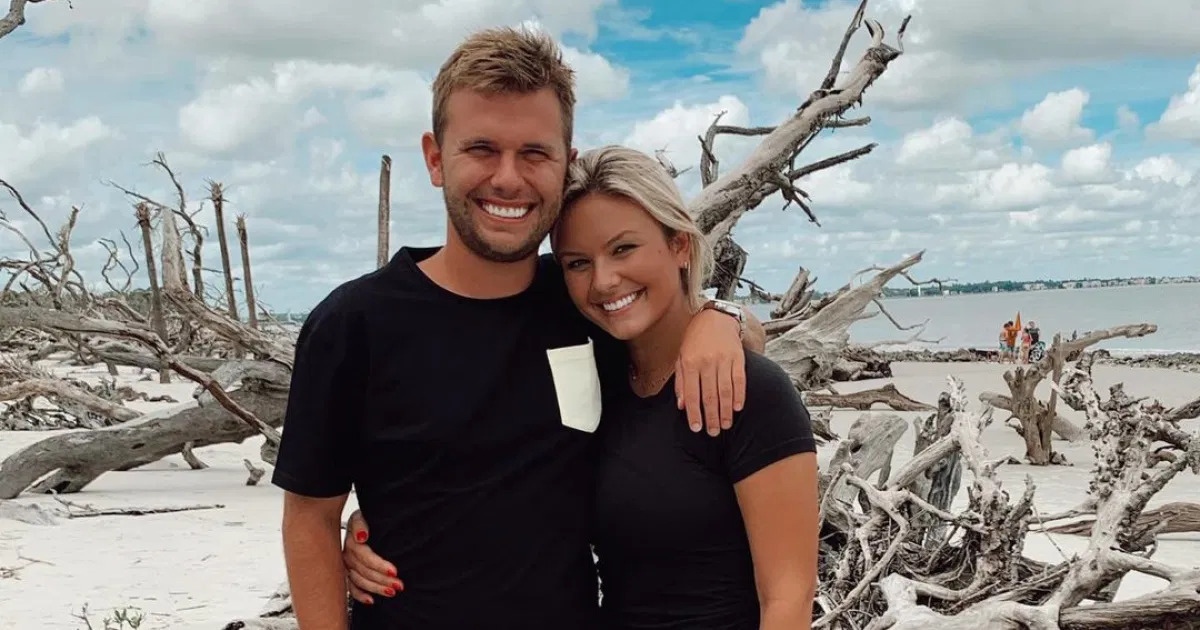 ‘Growing Up Chrisley’ follows siblings Chase and Savannah Chrisley as they navigate adult life. Being children of multimillionaire Todd Chrisley, the siblings grew up in luxury but have since decided to make their mark in the world by surviving independently. Since the show focuses on the siblings’ respective dating lives, it introduced Chase Chrisley’s girlfriend, Emmy Medders, to all his fans. The couple appeared very much in love, and Chase seemed to have finally found the one. Yet, with the cameras now turned away, one might wonder if the pair are still together. Well, we come bearing answers.

Chase Chrisley and Emmy Medders knew each other for quite some time before they decided to date. She comes from a tight-knit family and seemed to be perfect for Chase. After the two got together, Chase decided to make it official, and in July 2020, announced the relationship through a post on Instagram. Previously, Chase’s family, especially his father, Todd, was not very fond of most of his romantic interests. However, when it came to Emmy, not only did Chase get his father’s approval on the now-deleted Instagram post, but she essentially became a part of the family.

Emmy was often spotted enjoying and spending time with the Chrisley family. Chase’s family also had nothing but praises for the young woman. In a November 2020 episode of the podcast ‘Chrisley Confessions,’ Todd even said, “She is a good, decent, honourable, honest, all-American sweetheart and her family is just literally salt of the Earth. You do not get any better than her family.” With such a close bond with Chase’s family and the couple being so much in love, they were speculated to go a long way together. So did their relationship stand the test of time? Let’s find out!

Are Chase and Emmy Still Together?

No, Chase Chrisley and Emmy Medders have gone their separate ways. The couple were really happy initially and dreamed of a future together. Chase had even mentioned that Emmy is the person he wanted to marry. Moreover, in early 2021, there were several speculations that Chase Chrisley might propose to Emmy. Additionally, ‘Growing up Chrisley’ showed a segment wherein Chase was contemplating a proposal. Unfortunately, it didn’t work out, and by mid-2021, they were not following each other on Instagram.

The two even deleted every single one of the pictures together, which led to speculations about their supposed breakup. With the former couple preferring to stay silent on the matter, the rumors stewed for quite a few days as fans waited for updates. In July 2021, Emmy posted a picture of Chase but deleted it soon after, adding fuel to the speculations. Ultimately, in August 2021, Chase confirmed that he and Emmy had indeed split up. The reality star mentioned that he was contemplating a proposal and had even brought a ring which he has since returned.

However, it seems like Chase and Emmy did separate on amicable terms and there’s still a speck of hope for the heartbroken fans. In an exclusive interview with Life & Style Magazine, Chase said, “It was just time for us to go our separate ways. You never know what’s going to happen in the future, but for now, that’s where we’re at.” Thus, with confirmation from Chase himself, we can infer that Chase Chrisley and Emmy Medders are not together anymore. Still, we wish happiness upon them both as they look forward to living life on their terms.

Read More: Are Savannah Chrisley and Nic Kerdiles Still Together?