Are Savannah Chrisley and Nic Kerdiles From Growing Up Chrisley Still Together? 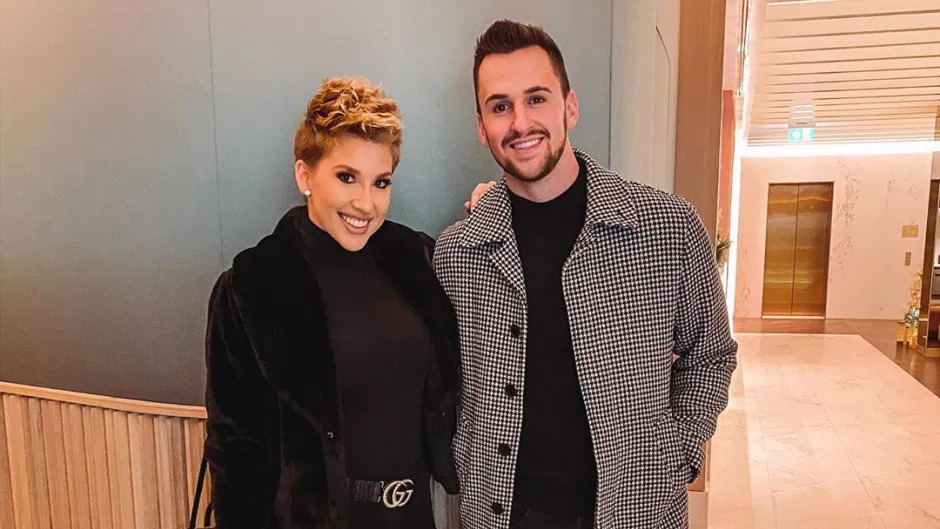 Savannah Chrisley became a household name in reality TV ever since her appearance on ‘Chrisley Knows Best,’ which focuses on her and her family in their everyday life. Becoming a fan favorite through her endearing personality and her bond with her brother, Chase, Savannah now headlines her own show alongside her brother. The spin-off titled ‘Growing Up Chrisley’ follows the pair of siblings as they move out of their parents’ house and navigate adult life while trying to prove their worth.

With the show focusing on the siblings’ respective love lives, there has always been a huge question mark over Savannah and Nicolas “Nic” Kerdiles’ relationship. Nic is a former professional Ice Hockey player and began dating Savannah in 2017. Their relation was initially smooth, and the couple was also set to tie the knot. However, the two faced a few hurdles along the way. So, let’s find out if Nic and Savannah are still together, shall we?

Savannah Chrisley and Nic Kerdiles made their acquaintance online in 2017 and began talking on Instagram. They found instant chemistry upon meeting in real life, and reports claim that they had started dating by November 2017. In January 2018, Savannah finally confirmed their relationship on Instagram and showcased her love for Nic. Initially, their relationship sailed without worry, and the pair seemed very much in love. Their connection was deemed exceptional, and it seemed as if they would go all the way till the end.

Moreover, the pair’s now-deleted social media posts also spoke about their commitment and dedication towards their bond. Nic even got Todd Chrisley’s approval, and their relationship progressed in leaps and bounds. The couple was also able to make their long-distance relationship work as Nic’s hockey games often took him away from Savannah. Finally, on December 24, 2018, Nic decided to take their relationship to the next level and surprised Savannah with a proposal. The surprise even included the couple’s friends and families, making the moment even more beautiful.

With the couple engaged, it seemed as if they were in it for the long run. Unfortunately, the couple soon hit a roadblock. In October 2019, Savannah told E! News that although they were engaged, the two are “taking some steps back.” Speculations about their apparent split emerged after they deleted all their photos from social media. Ultimately, in late 2020, Savannah announced that she and Nic had called off their engagement. However, she maintained that the split was amicable, and the two did not bear any hatred towards each other.

Are Savannah and Nic Still Together?

Yes, Savannah Chrisley recently confirmed that she and Nic Kerdiles have gotten back together. Ever since the couple posted about their breakup about a year ago, rumors have stemmed from various places. Whether it was something Savannah said or a comment Nic left on her Instagram profile, speculations about the couple getting back together ran rampant.

Moreover, even Savannah hinted that there was a chance for a possible patch up when she told People, “Neither of us were capable of giving the other what they needed at the time. And that’s okay. You just have to realize that and we chose to take that step back. And no decision in life is ever perfect. If we end up back together, that was what was meant to be. And if we don’t, then there’s going to be other people that come into our lives.” However, by mid-2021, rumors re-emerged when Nic was spotted with Savannah’s brothers.

Although nothing was confirmed, fans were hopeful for their favorite pair to be together again. Finally, on August 9, 2021, in an exclusive interview with ET Online, Savannah confirmed that she and Nic Kerdiles worked out their differences and were dating again. Days later, in conversation with E! News, the reality star stated,  “Nic is still in my life. We’re still trying to figure things out.” With Savannah and Nic now back together, we wish them the very best as they look towards building a brighter future on a foundation of happiness and understanding.

Read More: What Is Savannah Chrisley’s Net Worth?