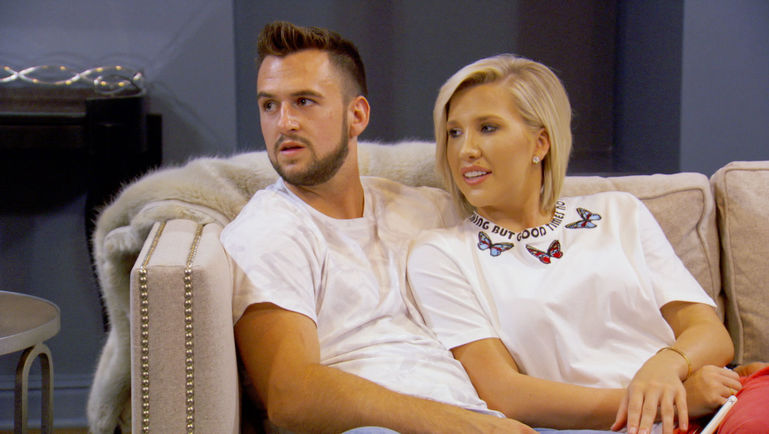 ‘Chrisley Knows Best‘ is a famous American reality show on the USA Network, which is centered on the life of Todd Chrisley, the Georgia real estate tycoon. We are also introduced to his wealthy Christian family. Todd’s fantastic one-liners and sarcastic quips have made the series delightful. However, since it is a reality show, fans have asked themselves whether ‘Chrisley Knows Best’ is real or scripted.

‘Chrisley Knows Best’ is a reality series, which means that viewers should take things with a pinch of salt. While the people on the show are not paid actors, some of the situations they find themselves in are scripted. However, some people have claimed that Todd includes members on the show because of ratings rather than genuine care.

Kyle, Todd’s son, has claimed that Todd gained custody of Chloe to include his mixed-race grandchild because it would be good for the demographic. Similarly, Lindsie left the series because Todd wanted to use her heartbreak during her divorce, at the time, as a plot point of the show. Some of Todd’s finances, as we see in the series, is also quite different from his real-life situation.

Viewers get the feeling that Todd and his family spend hundreds of thousands of dollars on clothes, but court documents filed about Todd’s finances reflect that they spend around $650 only. Of all the discrepancies and allegations against the series being scripted, the most serious is that Todd’s famous one-liners are not his own. He uses a team of comedy writers for the series and has been using them to write the dialogues for several seasons. The same sources that have made this claim have also stated that ‘Chrisley Knows Best’ is scripted for the most part because the dialogues are not natural, and several scenes have been reshot if Todd feels they are not as funny as he needs them to be.

Notably, one expects scenes to be reshot or at least edited in reality shows to suit the tastes of the producers and creators, and to have a wider appeal to audiences. However, Todd seems to take it a little too far in ‘Chrisley Knows Best’ because the situations themselves are also fabricated. Despite all the allegations against the show, most sources believe that Todd is as crisp in his answers in real life. Todd has been asked several times whether the show was scripted and though he never gives a direct answer, he calls himself a son of the South. This is precisely the kind of quotable line he’s famous for in the series.

Thus, Todd’s sense of humor might be up for debate, but there’s little doubt about the blemishes peppered throughout the rest of the series. Therefore, viewers would be advised to take it with a pinch of salt, but even with the scripting, ‘Chrisley Knows Best’ remains thoroughly enjoyable.