Are Chip and Joanna Gaines From Fixer Upper Still Together?

Chip and Joanna Gaines’ names have long been associated with HGTV’s ‘Fixer Upper,’ a reality television series about redesigning and renovating homes. The talented couple has made people’s dreams come true by transforming rundown properties into beautiful houses, aided by their vision and excellent camaraderie. While Chip is the owner of countless small businesses, he is a true cowboy at heart.

Joanna brought into his life the idea of a big family and her New York City designing ideas. The committed husband held up all his promises by enthusiastically supporting both. But this is only a trailer of their beautiful love story, and we have here all the details about them that you would want to know!

How Did Chip and Joanna Gaines Meet?

In 2001, Joanna Stevens met Chip Gaines for the first time in Waco, Texas. Interestingly, they had attended the same college, Baylor University, three years back but never happened to bump into each other on the campus. He had already fallen for her picture that he saw at her father’s Firestone auto shop, the place where they finally crossed paths in the waiting area. Undeniably, both felt a special connection and went out for their first date the following day. 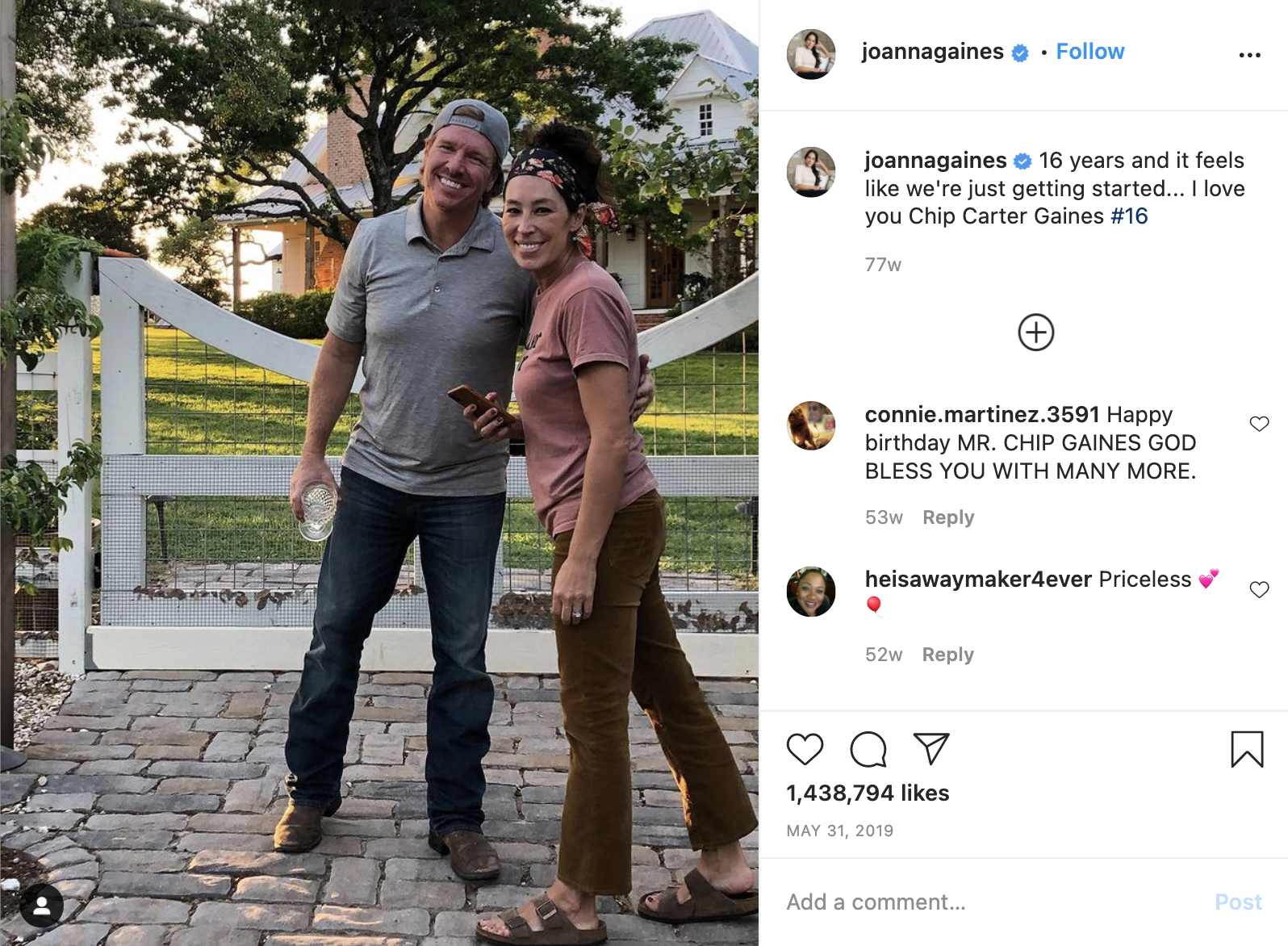 But everything was not smooth as one would imagine between them since the first day. In addition to culturally different upbringings, they also carried polar opposite personalities. What’s more? Chip did not act as an ideal potential boyfriend before or even after their first official date. Not only did he show up 90 minutes late to pick up his impatiently waiting lady, but he also held himself back from calling her until months had passed.

To justify his stance, he laughingly explained that it was all for a $50 bet. Nonetheless, the differences and the bumps in the road did not stop the two from eventually falling head over heels in love with each other. Naturally, Joanna had some reservations about her now-husband and so took months to open up to him. But once his “kind eyes” pierced through her soul, there was no going back for the couple.

Chip Gaines more than made up for his silly actions after he sincerely committed to Joanna. He chose a quirky place to pop the question, which carried an emotional value to him. Going down on one knee in a shopping center located in the neighborhood where his parents had grown up, he asked the love of his love to marry him! After she said yes, Joanna got to design her own wedding ring. The adorable couple shared their wedding vows on May 31, 2003, in the Earle-Harrison House in Waco, Texas. 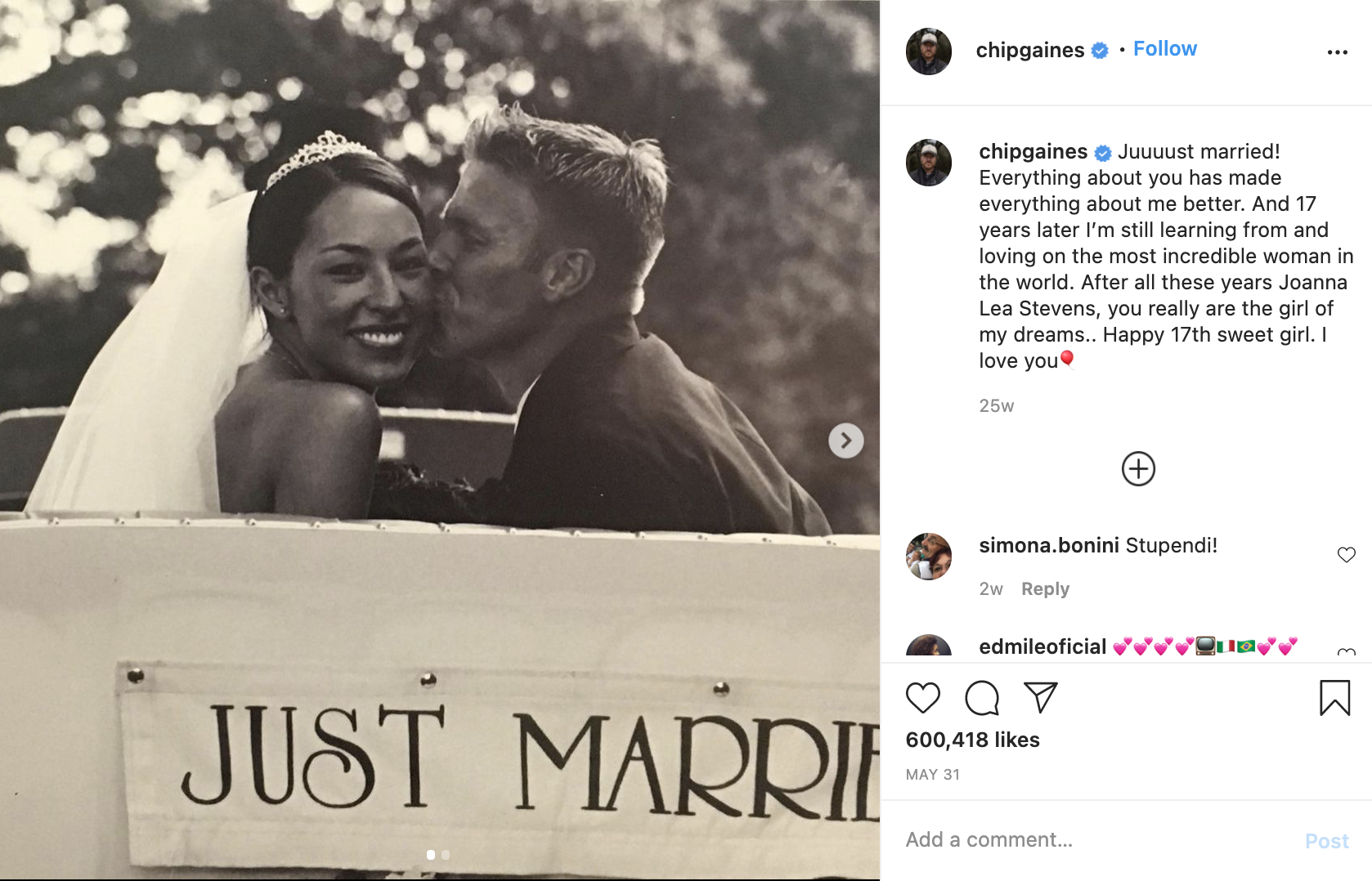 The newlyweds redesigned their own home right after getting back from their honeymoon. Chip and Joanna were already parents to their eldest son, Drake, born on May 4, 2003. They enjoyed marital bliss with him before welcoming their first daughter, Ella Rose, on October 20, 2006. Their second son, Duke Gaines, was born on May 23, 2008. Joanna again became a mother to a daughter, Emmie Kay, on February 1, 2010. On June 23, 2018, they became parents to their fifth child, Crew, much later in their lives, when Joanna and Chip were 40 and 43, respectively. 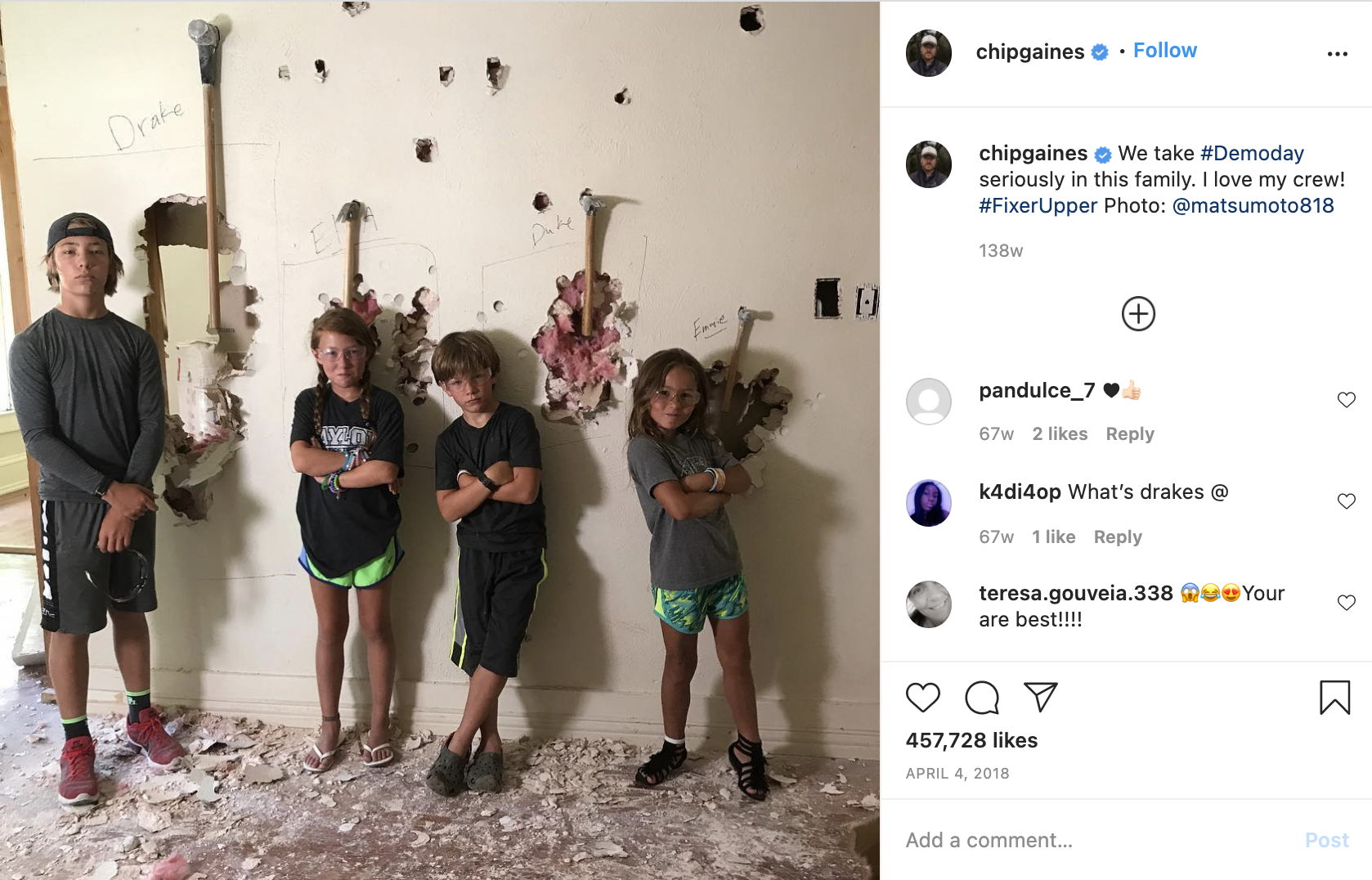 The reality stars shocked the world when they announced their plan to step away from the spotlight in 2017. After being on all five seasons of ‘Fixer Upper,’ they decided to shift their focus on other ventures and also dedicate more time to their family life. Following their “bittersweet” departure from HGTV, Chip and Joanna opened a new restaurant, “Magnolia Table” in Waco, Texas, in addition to taking care of their newborn son, launching their own cable network, and working on writing a few more books. Due to their call to stop the cameras from rolling, some fans speculated that the pair had hit a rough patch!

Are Chip and Joanna Gaines Still Together?

Fans can officially heave a sigh of relief as Chip and Joanna Gaines will grace the screens again on Magnolia Network in 2021, thus confirming there is no trouble in their paradise. Joanna has often expressed her gratitude for her faithful and supportive husband’s little nudge, which pushed her to pursue her dream of becoming an entrepreneur. Her professionally content lifestyle not only transformed her into a bold, independent woman but also strengthened their relationship.

Joanna admits to cherishing the feeling of working with Chip that led to a healthier and happier equation between the two. Even after being married for almost two decades and being parents to five children, they have continued their tradition of Tuesday night as a date night. These little efforts go a long way into ensuring a strong marital bond. 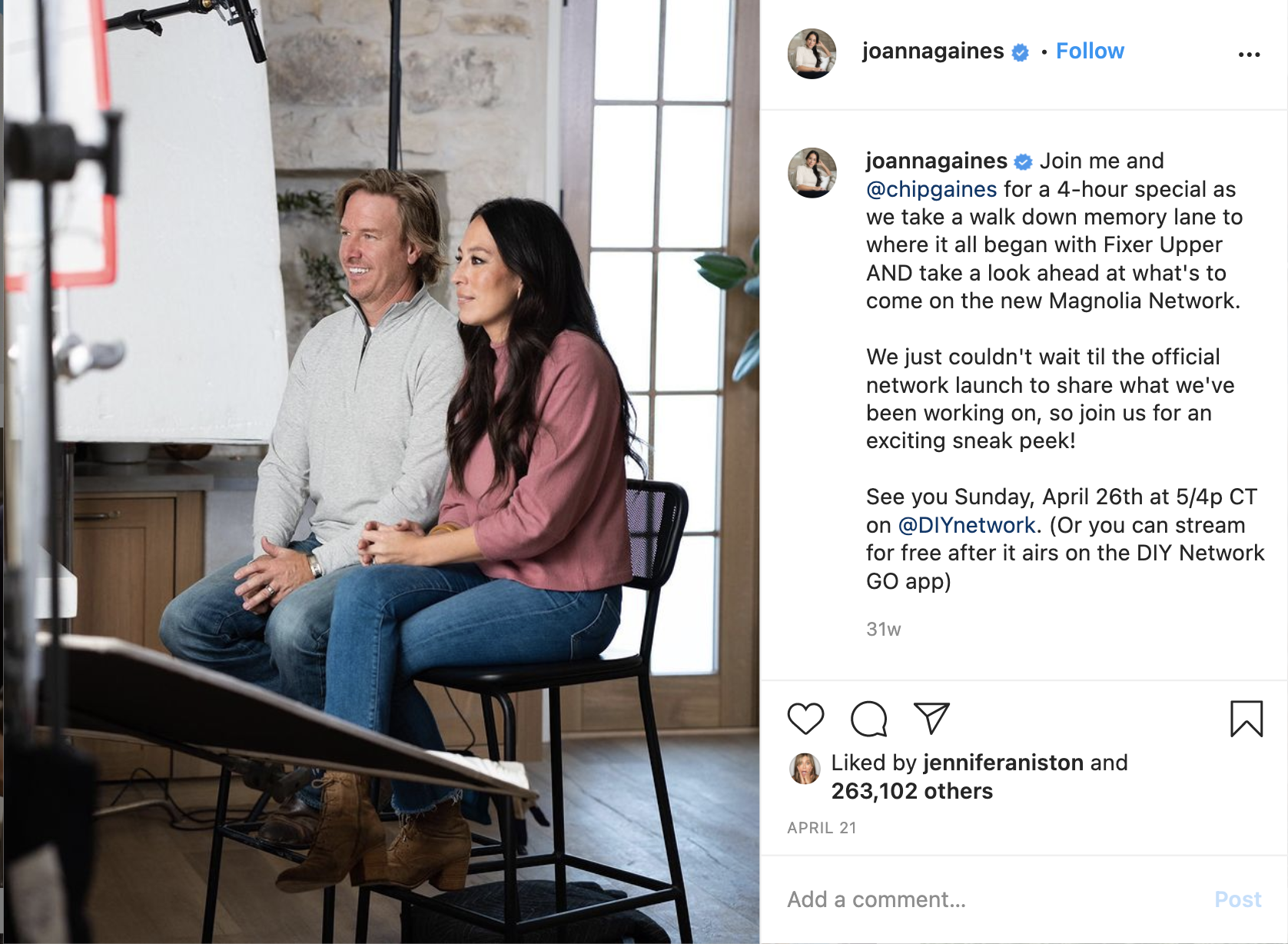 Chip and Joanna Gaines are one of those pairs who disregard and look down upon the thought of separation. In the book ‘What Makes a Marriage Last,’ Chip tells the authors, Phil Donahue and Marlo Thomas that, “We made a pact early on that we would never talk about divorce. So, if neither of us is ever going to leave, then how are we going to figure out a problem that seems impossible? And then you figure out impossible things.” Understanding the couple’s psyche behind making the marriage work-no matter what-reaffirms our faith in their “happily ever after.”