Fans of ‘Chrissy & Mr. Jones’ will remember the on-again-off-again, longtime engaged couple Chrissy Lampkin and Jim Jones from their VH1 show, which is the spin-off of ‘Love & Hip Hop: New York.’ The reality show, which premiered on September 24, 2012, documents the long and tumultuous relationship between Chrissy and Jim, known faces from the glitzy rap and hip hop industry.

Despite their obvious love for each other, their differing stances on marriage, and numerous disagreements on the show made fans wonder whether they are still together. Here’s everything we know about the current relationship status of Chrissy and Jim!

Chrissy Lampkin, 50, and Jim Jones, 45, first met each other in Miami and started dating in 2004. Having been a part of seasons 1, 2, and 10 of ‘Love & Hip Hop: New York,’ the couple moved within the same social circles and were quite public about their love life. Jim is a rapper, entrepreneur, and record producer, while Chrissy is a model, reality star, and businesswoman. 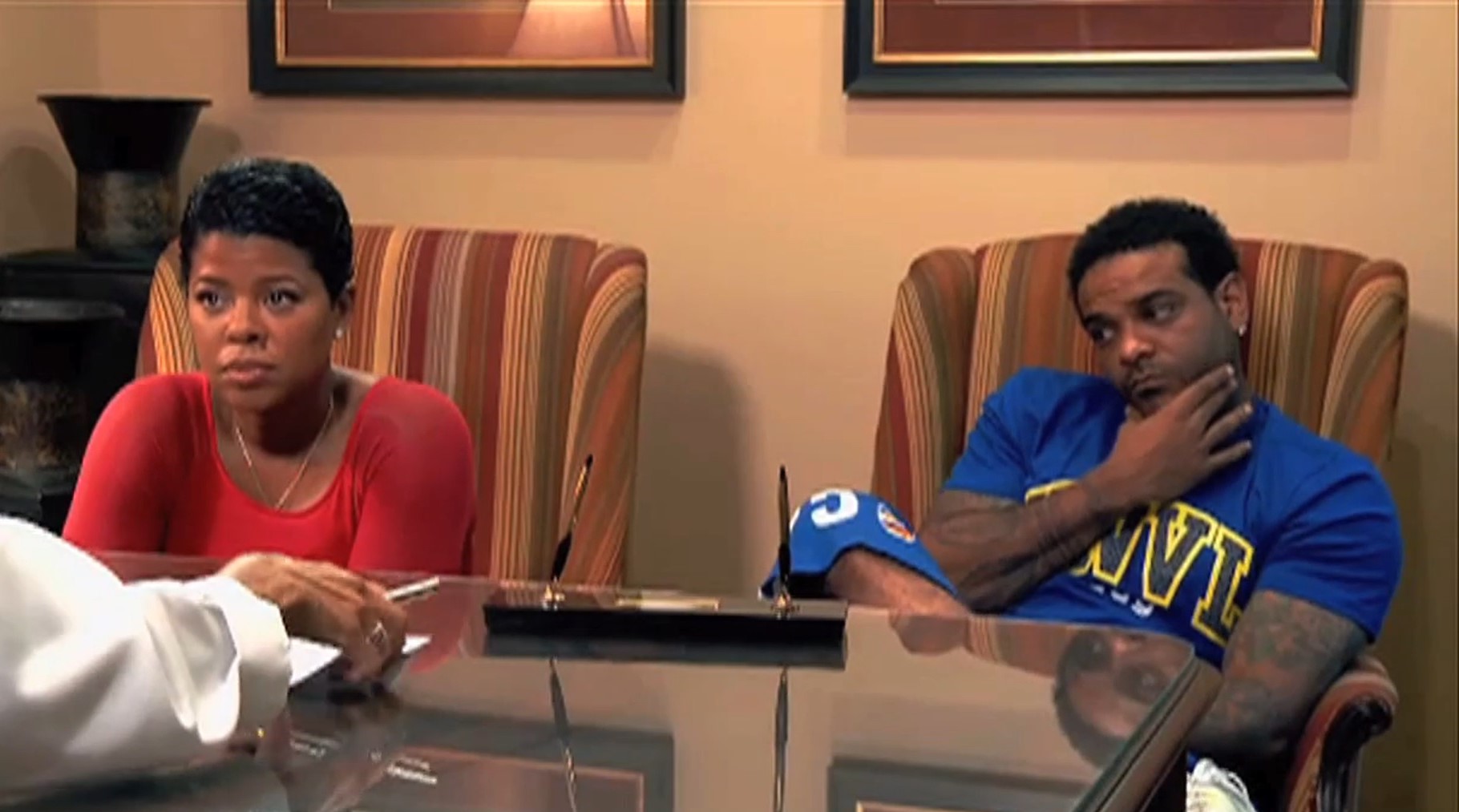 After six years of dating, in 2011, Chrissy decided to propose to Jim in front of his mother and friends. As she popped the question and the ring, Jim embraced her and said, “I’m with you.” Jim’s mother, Nancy, known as Mama Jones, took offense to the surprise proposal because she had been excluded from it. “He kind of just lets me and his mother go at it,” said Chrissy, later pondering over why he hadn’t actually said “Yes” to her proposal.

Nonetheless, Jim said that his love for Chrissy was unconditional. “I love her for who she is,” he remarked. However, the couple frequently argued over finances, boundaries, and views on matrimony. Jim revealed that he was unsure of commitment, having observed that only half the marriages in his family lasted. When Chrissy went back to Miami to spend some time on her own, Jim surprisingly showed up with an engagement ring.

During 2012 and 2013, through ‘Chrissy and Mr. Jones,’ fans got a closer look at the couple’s lavish lifestyle. Their friendships and familial relations were examined, and important conversations regarding long-term commitment and raising children took place. Much to the dismay of fans, at the end of the show’s two-season run, the couple still had not gotten married. In 2016, on We TV’s ‘Jim & Chrissy: Vow or Never,’ the couple tried to plan their wedding and get over their conflicting opinions in Miami.

However, several hurdles — from Jim’s visit to a strip club to Chrissy and Mama Jones’ squabbles — again prevented the couple from taking the final step towards their union. No wonder fans are still confused about their love life. Did the couple finally exchange marital vows? Have they successfully combated the external factors harming their relationship? Or has their love, despite its longevity, ultimately fizzled out? Let’s find out what the current dynamic is between Chrissy and Jim.

Are Chrissy and Jim Still Together?

In 2019, Chrissy revealed to VH1 that she had permanently moved to Miami and that it had been “a breath of fresh air” for her relationship with Jim. “He has to come and see me, he has to pursue me,” she stated, highlighting that they had previously struggled because she had let him get “too comfortable” in the relationship. “He’s like my family, whether we’re married or not,” Chrissy declared, emphasizing that she believes that a bond is more important than a wedding.

Having previously gone on record saying that she wanted children, Chrissy is now of the opinion that they are not necessary for her. “A child doesn’t complete me, especially with my lifestyle,” she continued, pointing out that her lack of family and Jim’s on-road career would not be able to support a child. Speaking of Jim’s son Joseph “Pudie” Jones II, she said: “We share him.” Is marriage no more on the horizon for the couple? “It’s not a priority anymore,” said Chrissy on Daytime’s ‘The Real.’

Chrissy added, “Our relationship is in a good place.” Jim has not been as vocal about their relationship as Chrissy. Having said that, the two rarely post pictures with each other on social media, mostly prioritizing their various enterprises and career plans. Their concerns regarding marriage left behind, the two now pursue their vocations with gusto. In Essence’s ‘Couples 1-2-3 Tag’ video in 2020, the couple engaged in playful banter and were still obviously together.

Fans continue to share their opinions in the comment section of the couple’s social media posts. Some laud their ability to see beyond marriage, and others cite the relationship as doomed due to its lack of formal commitment. However, despite all the ups and downs over the course of over 16 years, Chrissy and Jim still seem to be together and thriving.