Are David Toborowsky and Annie Suwan From 90 Day Fiancé Still Together?

How would a foreign national settle down in the United States? Are 90 days enough for a couple to settle all their differences in the name of love? How difficult is it to live with a foreign partner? TLC’s ’90 Day Fiancé’ tries to answer all these questions and more with their portrayal of American citizens engaged to foreign nationals. The K-1 visa makes these foreign nationals eligible to come to the States for 90 days, within which time they have to marry or go back to their country. With such an exciting premise, it’s no surprise that the series is followed religiously since its premiere.

David Toborowsky and Annie Suwan appeared on season 5 of the show. After meeting in one of the most adorable ways, the couple went on to chart an everlasting love story, much to the delight of fans. Interested to know if David and Annie are still together? Well, we come bearing answers.

When David went to Thailand on a trip with his friend, he was recovering from a stroke as well as a painful and challenging divorce which left him with three grown kids. In Thailand, David was relaxing in a karaoke bar when he heard a beautiful voice that he was instantly attracted to. Determined to find out the person behind the voice, David started his investigation into the karaoke bar singer and soon came face to face with Annie. 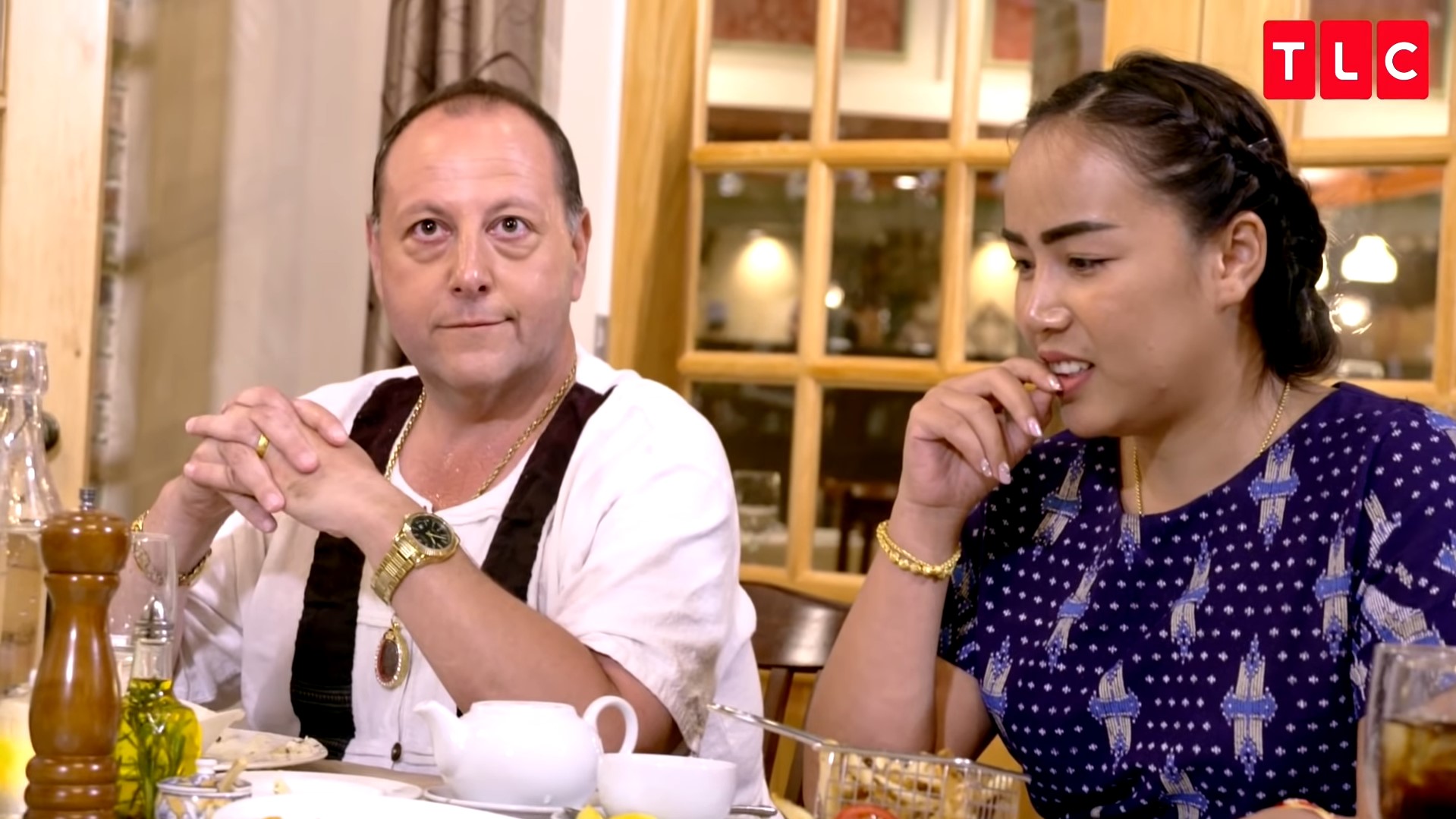 Annie was just 24 years old at that time, and the couple had a 24-year age difference between them. Still, David believed that he was in love. The couple soon got to know each other and found that there was a mutual attraction between them. Just ten days later, they got engaged and planned on a future marriage. Even with such a lovely start to their story, the couple soon got into rough waters, especially when Annie’s family asked for a hefty dowry and expensive gifts as a condition to their marriage. Furthermore, David had to take his friend’s help to secure Annie a K-1 visa for her visit to the United States. 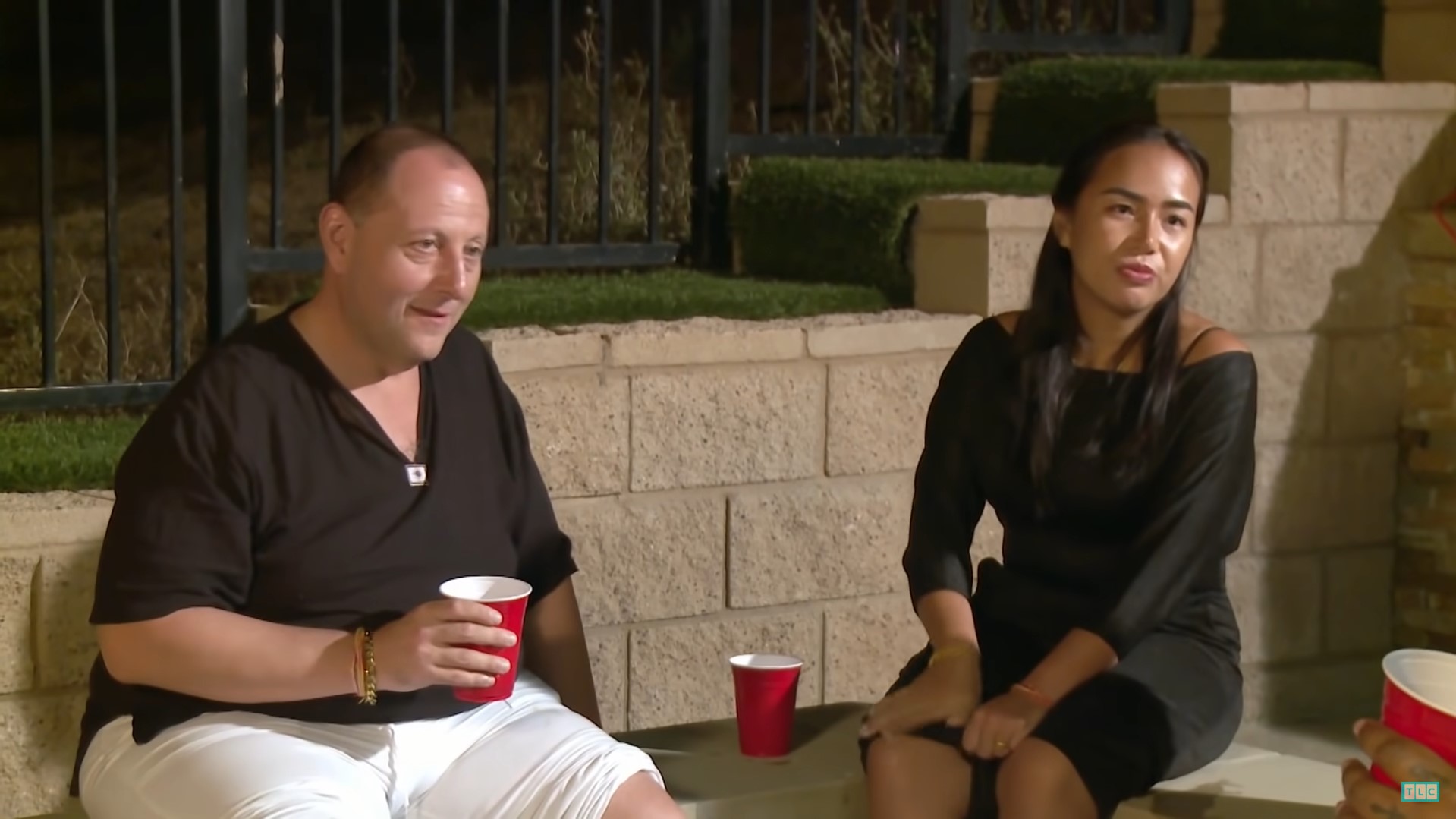 Once in the States, the couple ran into further trouble when Annie found out that David had no income and was not in a good place financially. The couple also often clashed on their culture and lifestyle differences. Furthermore, Annie had the added task of getting David’s children’s approval, and though she faced initial resistance from David’s daughter, she was soon accepted into the family.

Moreover, Annie also had to face speculations that accused her husband of being unfaithful to her and of occasional substance abuse (none of these were substantiated). The couple further got into a fight when Annie expressed her displeasure at David’s drinking habit. Fortunately, the couple leaned on each other and powered on through all obstacles. They remained dedicated and committed to their love. Finally, on November 1, 2017, the couple exchanged their marriage vows in Louisville, Kentucky.

Are David Toborowsky and Annie Suwan Still Together?

Couples who have significant age differences between them are often unlikely to make it on through. David and Annie defeated all odds by not just marrying but by remaining beside each other to this very day. Even after their marriage, problems did not cease to exist for the couple. They were financially strained and had to live in David’s friend Chris’ house. They were also being looked after by Chris as David did not have a steady income.

Later, the couple moved out to a cramped apartment which was situated over a storage unit. Life was not ideal, but their love and commitment made even the harshest conditions easy to face. To show her everlasting commitment to her husband, Annie added David’s last name to hers and is now known as Annie Suwan Toborowsky. With time, David started getting a steady income as a teacher and a businessman, which helped the couple afford a trip to Thailand.

They also settled into a more comfortable life in a Scottsdale apartment. Along with David’s income, Annie too decided to chip in and used her fantastic cooking skills to open a catering business specializing in Thai food. Since then, the couple also started their own online cooking course alongside a tour and travel business. Furthermore, they took their cooking to the next level and starred in their own cooking show ‘Spice It Up With David and Annie.’

At present, David and Annie seem to be financially stable and in a happy place. The couple often shares their love and adoration for each other on social media, where David is all praise for his wife. They love spending time together and making beautiful memories that they share with their fans on social media. On May 14, David shared a picture of Annie with an adorable caption that read, “My Queen brings such light and love to me and so many. Never change. You are such an amazingly strong woman who cares about all. I am so glad I get to wake up next to you every day. You complete my life. I love you.” In May 2021, the couple appeared on TLC’s new show ’90 Day Foody Call.’ With so much love and laughter in their lives, it is no wonder that the couple has managed to remain this devoted in their beautiful marriage.

Read More: Are Angela Deem and Michael Ilesanmi From 90 Day Fiancé Still Together?