Are Demi Lovato and Max Ehrich Still Together? 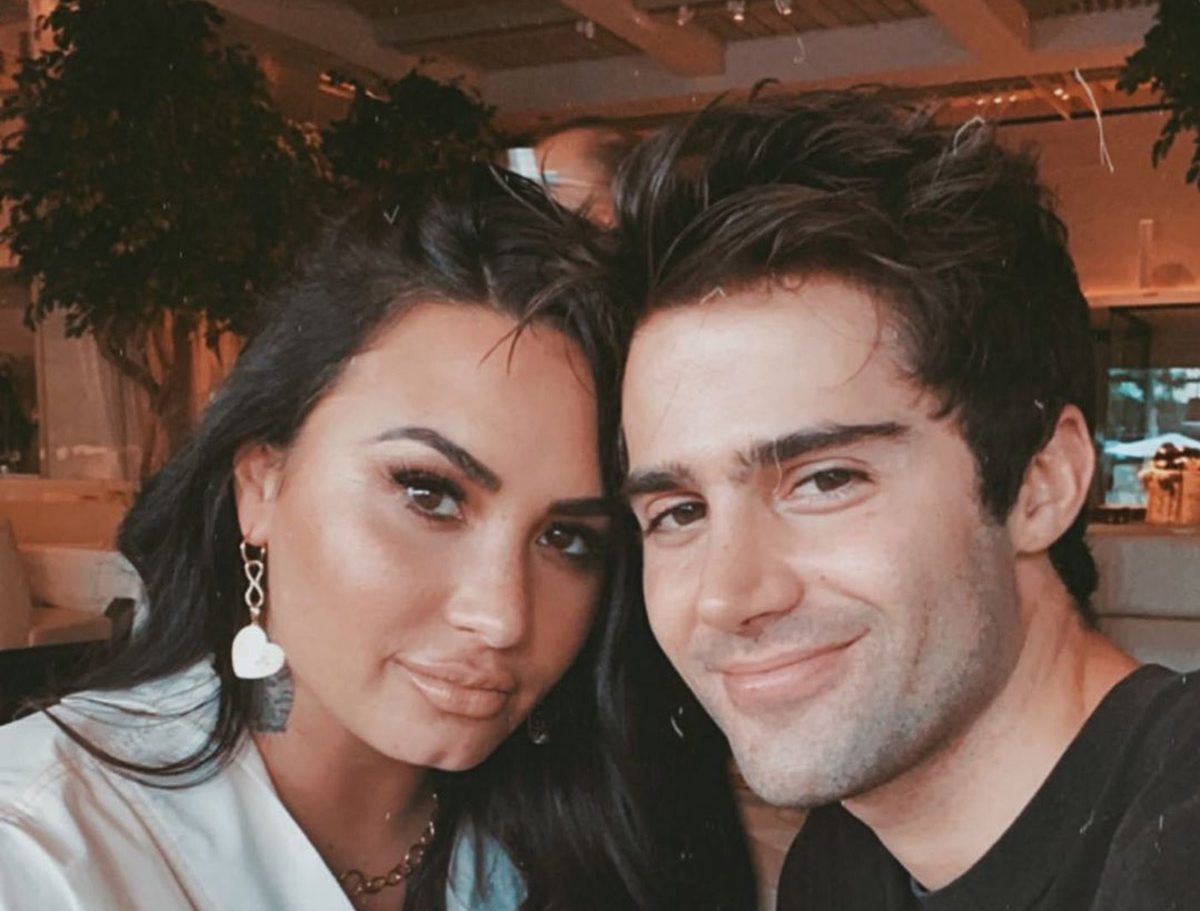 Demi Lovato is a two-time Grammy-nominated singer and actress who has released multiple hits and received numerous music awards. Romance rumors began making the rounds in March 2020 after Demi and Max Ehrich were spotted flirting with each other on social media. Multiple sources later confirmed their relationship. Max Ehrich is a singer, actor, and dancer, but while his career was beginning to thrive, Demi was already established and famous.

Demi and Max’s whirlwind romance was exciting and thrilling as the couple got engaged after dating for just over three months. However, soon, cracks began to show, and fans became concerned about whether the couple had managed to make it through or ultimately given up on their relationship. If you are looking to find out the current status of Demi Lovato and Max Ehrich’s relationship, don’t worry as we come bearing answers!

In March 2020, just three months after splitting up from Austin Wilson, Demi seemingly began a romance with Max Ehrich when the pair engaged in flirty exchanges on Instagram. During that time, the couple was also spotted together in Los Angeles. Rumors became rife when Max posted a video of him singing Coldplay’s “Yellow” and captioned it “4D” with a rose and a heart emoji. Fans speculated that the D stood for Demi.

Since then, Demi had often propped up on Max’s Instagram, including a live session when she accidentally walked in on him playing the piano. The couple was also seen together in the music video for the Ariana Grande and Justin Bieber song titled “Stuck With U.” Since the start of their romance, the couple’s social media accounts were filled with now-deleted romantic posts of the pair shared along with beautiful captions that captured the fondness they had for one another. The couple was also quarantining together, which was yet another indication of their love.

After sharing with her fans how Max was previously her superfan and had a crush on her, Demi Lovato announced in July 2020 that she and Max were engaged as he had proposed to her in Malibu. In a now-deleted post on Instagram, she tagged Max and wrote, “I’ve never felt so unconditionally loved by someone in my life (other than my parents) flaws and all. You never pressure me to be anything other than myself. And you make me want to be the best version of myself.”

She further added, “I’m honored to accept your hand in marriage. I love you more than a caption could express but I’m ecstatic to start a family and life with you. I love you forever my baby. My partner. Here’s to our future!!!!“ Max, too posted about the engagement and reaffirmed his love for Demi. In August 2020, the couple celebrated their five-month anniversary, and Demi even said that being with Max was making her reprogram her thinking around body image.

However, a month later, fans began criticizing Max for allegedly crushing on Selena Gomez, Ariana Grande, and Miley Cyrus. His old tweets were also discovered in which he claimed that Selena was prettier than Demi and that he wanted to star in a romantic comedy with the former. Demi shut down the rumors immediately, supporting her then-beau Max on social media. She even hinted at a possible elopement and said that she already had an idea of how she would celebrate a big wedding.

Are Demi Lovato and Max Ehrich Still Together?

No, Demi Lovato and Max Ehrich are no longer one entity. On September 24, 2020, US Weekly confirmed that the duo decided to go their separate ways after breaking off their six-month-long relationship and two-month engagement. Once the couple was out of quarantine, they were separated as Max was working in Atlanta and Demi was in Los Angeles. The duo was so used to being together that the sudden distance reportedly made them realize they were moving too fast.

After news of their breakup went public, Max claimed that they haven’t officially ended anything with each other and that he learned about their split through a media report. He further stated that they haven’t communicated with each other and that he still loves Demi deeply. Max took to Instagram to share numerous posts sharing Demi’s songs and declaring his love for her. Late, Demi was seen in an Instagram post without her engagement ring, which indicated that their breakup was final.

Demi further went on to say that after her broken engagement, she realized that she was “too queer” to be with a cis-man. She said, “When I started getting older, I started realizing how queer I really am. This past year I was engaged to a man, and when it didn’t work, I was like, ‘This is a huge sign.’ I thought I was going to spend my life with someone. Now that I wasn’t going to, I felt this sense of relief that I could live my truth.”

After their breakup, Demi unfollowed Max on social media and even deleted her posts about him. On the other hand, Max refused to let go and was seen visibly upset on the Malibu beach where he previously proposed to Demi. Max was also reportedly trying to contact Demi’s family and friends, which made her contact her lawyers for advice. Max also released his song ‘AFRAID,’ which fans and sources claim is about his relationship with Demi Lovato.

Why Did Demi Lovato and Max Ehrich Break Up?

According to People, Demi wanted to end things with Max after learning that he was trying to advance his career by using her name. Another insider close to Demi also said that she was hurt when she discovered that Max’s intentions weren’t genuine and that she did not trust him anymore. The insider went on to iterate that when the couple got together, they were living together 24×7 without any stress or worry. This bubble burst when Max had to go to Atlanta to film. The distance, as well as Max’s newfound fame, allegedly took a toll on the relationship.

It was also speculated that Max’s old tweets about Selena and his crush on celebrities like Ariana Grande, Selena Gomez, and Miley Cyrus might have something to do with the split. However, there is no evidence substantiating this speculation. In December 2020, Demi Lovato shared an inspiring message through an Instagram story where she said, “The best part about being single is knowing that my happiness is coming from no other person than myself.”

Read More: Are Ant Anstead and Christina Haack Still Together?