Are Ejnar Mikkelsen and Iver Iversen Based on Real Explorers? How Did They Die?

Helmed by Danish filmmaker Peter Flinth of ‘Eye of the Eagle’ fame, ‘Against the Ice’ is a gripping survival movie set against the bleak snowy backdrop of northern Greenland. A previous explorer left a map somewhere along the coast of North-eastern Greenland. Captain Ejnar Mikkelsen hopes to retrieve it. Teaming up with novice mechanic Iver Iverson, he sets out on a deadly mission – fraught with unexpected accidents and polar bears. You must wonder whether the brooding story is ripped from the pages of a history book. Were Ejnar Mikkelsen and Iver Iversen real explorers? Let us find out!

Are Ejnar Mikkelsen and Iver Iversen Based on Real Explorers? How Did They Die?

Ejnar Mikkelsen is the story’s protagonist, and he is something of an anti-hero. In the early years of the twentieth century, he strived to look for the lost route of Danish explorer Mylius-Erichsen, whose expedition ended in a tragedy. Mylius-Erichsen sought to defy the suggestion of the US hikers about a river called Peary Channel that possibly cuts Greenland in half. However, Ejnar found his body in a cave, along with the rest of his teammates. 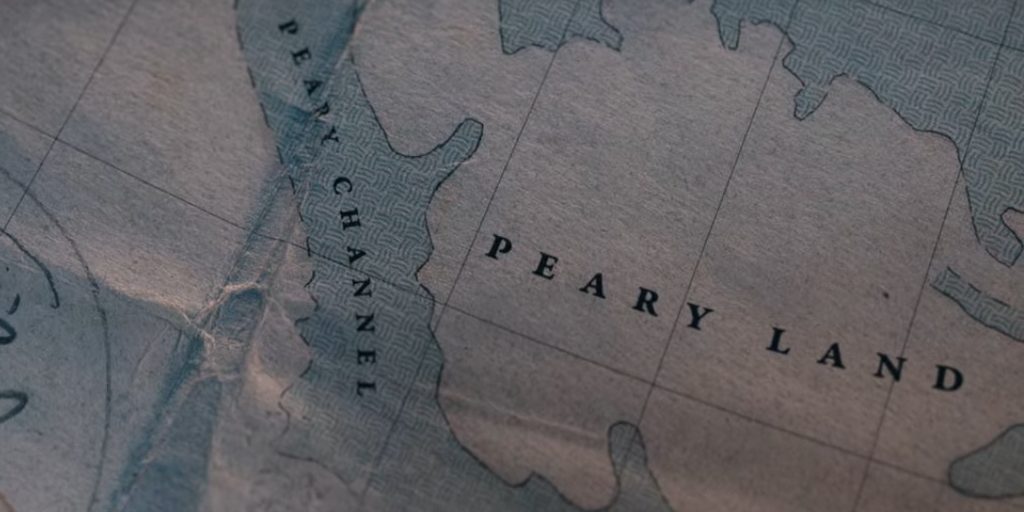 Mylius-Erichsen froze to death for the lack of supplies and transport, but he erected a cairn (a heap of stones), denoting the place in his hand-drawn map. At the beginning of the expedition, we find Ejnar’s ship, the Alabama, stuck in the ice of Shannon. The sailors and workers do not have much hope for the discovery, as they would instead find a job on the Titanic. With the sudden accident of Ejnar’s close friend and associate Lieutenant Jorgensen, the future of the expedition seems bleak.

However, Ejnar decides to continue without Jorgensen, but he needs one volunteer. Iver Iversen, the group’s mechanic, who is a good enough marksman and dog-breeder, signs up for the deadly mission. They undertake the sprawling task that lasts more than two years, finally dismissing the existence of Peary Channel. In the beginning, the title card suggests that the movie is based on a true story. However, you may want to know more about the voyagers. In that case, let us row further down the stream of history.

Ejnar Mikkelsen was an actual Danish explorer and author who existed in history. At the age of twenty, he took part in the Georg Carl Amdrup expedition to the King Christian IX Land, a coastal area of Southeastern Greenland. Like in the movie, the real-life Ejnar Mikkelsen also arranged a tour to retrieve the bodies of Mylius-Erichsen and his ill-fated compatriots. The records of Mylius-Erichsen were invaluable since he charted the largely inaccessible northeast coast of Greenland.

After abandoning his ship, the Alabama, Ejnar took leave with Iver Iversen, hoping to find the lost records. Overcoming hostile ice and snow stretches, they finally reached their destination, and the expedition succeeded. However, much like the movie depicts, more surprises awaited the duo as they made their way back to the Alabama. History tells us that Ejnar’s crew abandoned the Alabama and left in a whaling ship under dire weather conditions.

However, the crew erected a small cottage, where Iver and Ejnar took shelter for two years. However, they were rescued, and Ejnar Mikkelsen went on to serve as the Royal Inspector of East Greenland. Mikkelsen died at the age of 90 of natural causes, and Iver Iversen also lived for a few decades following the expedition. As a final verdict, the spine-chilling tale becomes more attractive when you know that the story took place in history.

Read More: Is the Alabama Cottage Real? Where is it Located? Does it Still Exist?