Are Jess and Dan From Married at First Sight Still Together? 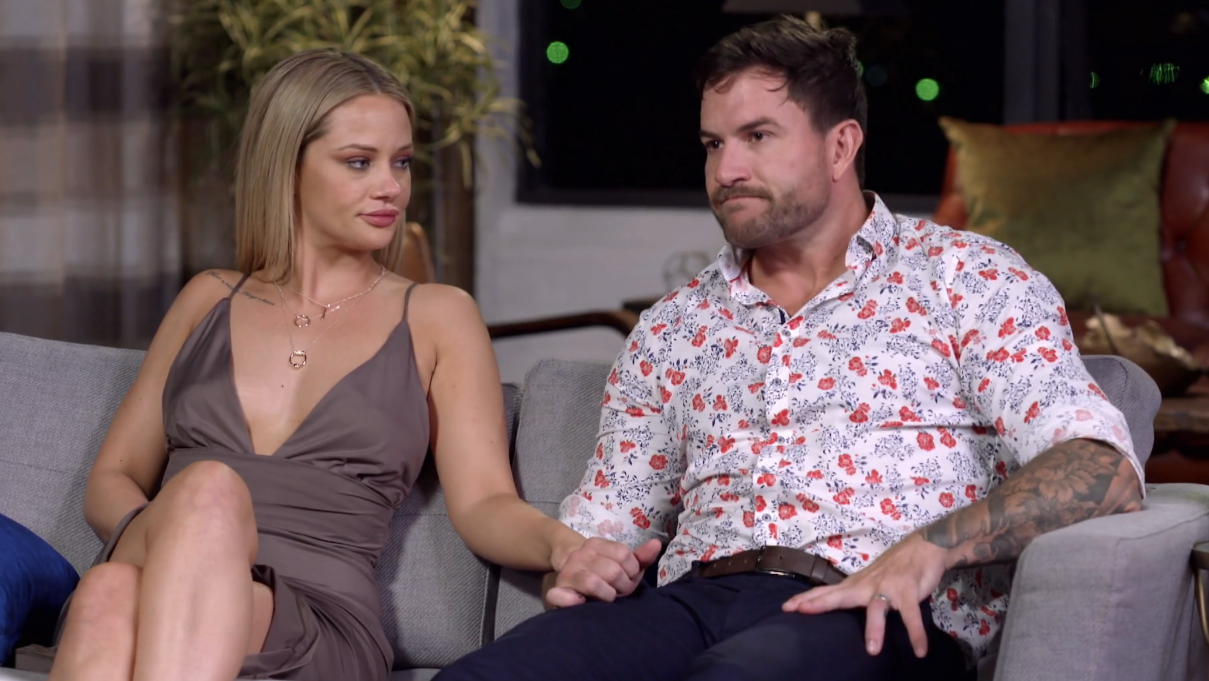 ‘Married At First Sight’ stands out from the crowd of other dating reality shows through its dynamic take on the genre. On the show, relationship experts pick and match from a pool of eligible singles and form couples which they believe will stand the test of time. These pairs have their first meeting at the altar, where they are married to each other. They then go for a honeymoon before living like an everyday married couple. Ultimately, the decision to separate or stay together is taken by the couple at the end of the season.

Jessika Power and Dan Webb got together during their time on ‘MAFS: Australia’ season 6. Initially matched with different partners, they got attracted to each other, which led to a whirlwind affair on the show. With the cameras now turned away from their private lives, fans want to know whether the couple is still together. Let’s find out, shall we?

At the start of their ‘MAFS’ journey, Jess Power was matched up with Mick Gould, and on the other hand, Dan Webb was paired with Tamara Joy. Unfortunately, both the initial relationship failed to flourish, and soon the couples found themselves in a marriage they did not want. That was when Jess met Dan, and the two immediately took to each other. Though Dan took some time to decide whether he wanted to pursue Jess, once the couple was sure about their mutual attraction, they started a whirlwind affair. 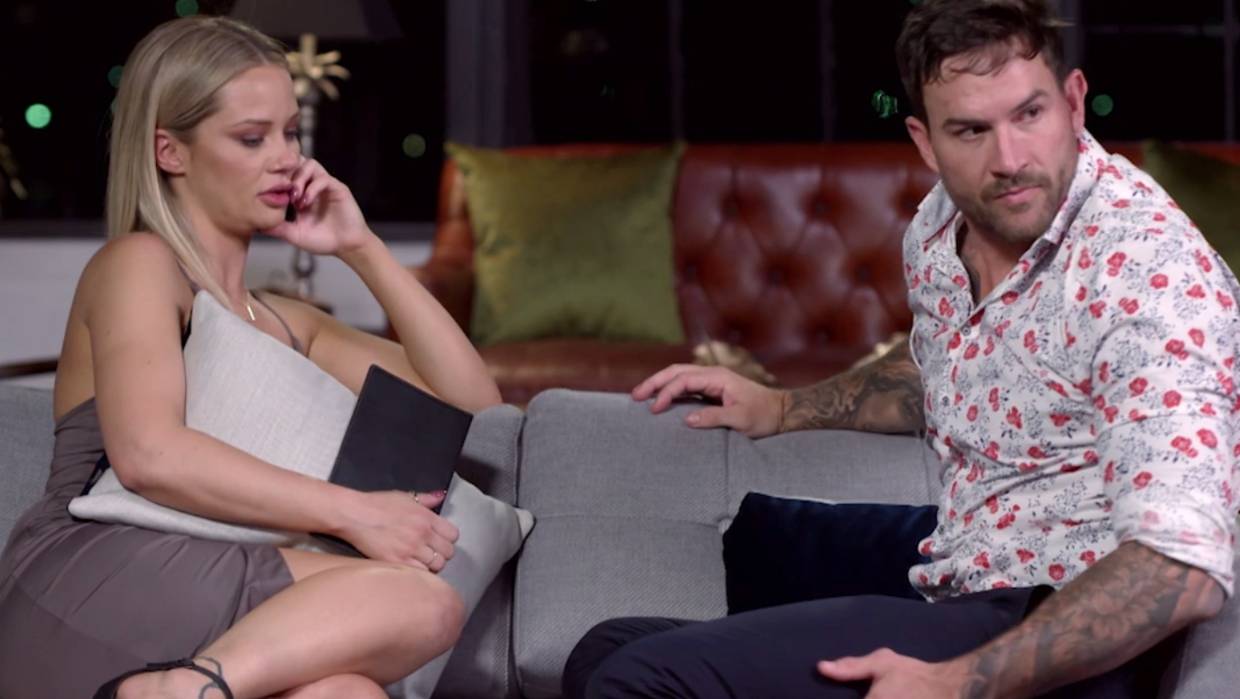 Even with it being a secret, Jess and Dan’s respective significant others soon found out about the affair. The showrunners then took a surprise decision and allowed Jess and Dan to carry on as a couple on the show. Naturally, this spelled woe for Mick and Tamara, who chose to opt out of their marriage and head home. After the re-coupling, Jess and Dan exhibited outstanding on-screen chemistry and seemed to be very comfortable with each other.

The couple quickly got too close, and it wasn’t long before they ended up professing their love for each other. The two seemed to be very much in love, and there was speculation that Jess and Dan were in it for the long run. Come decision day, the couple decided to stay together, and Dan even revealed that he had planned for Jess to meet his child, thus hinting towards a long-term relationship.

Are Jess and Dan Still Together?

No, Jess and Dan have since broken up and are not together anymore. Just after cameras stopped rolling on the couple, there were rumors about their possible split. In the final episode, when the experts were showcasing unseen clips to the couples, a scene of Jess and Nic Jovanovic came up. In an incident that happened before Jess and Dan got together, Jess could be seen flirting with Nic at a dinner party. This behavior did not sit well with Dan, who immediately got into an altercation with Jess over the matter. 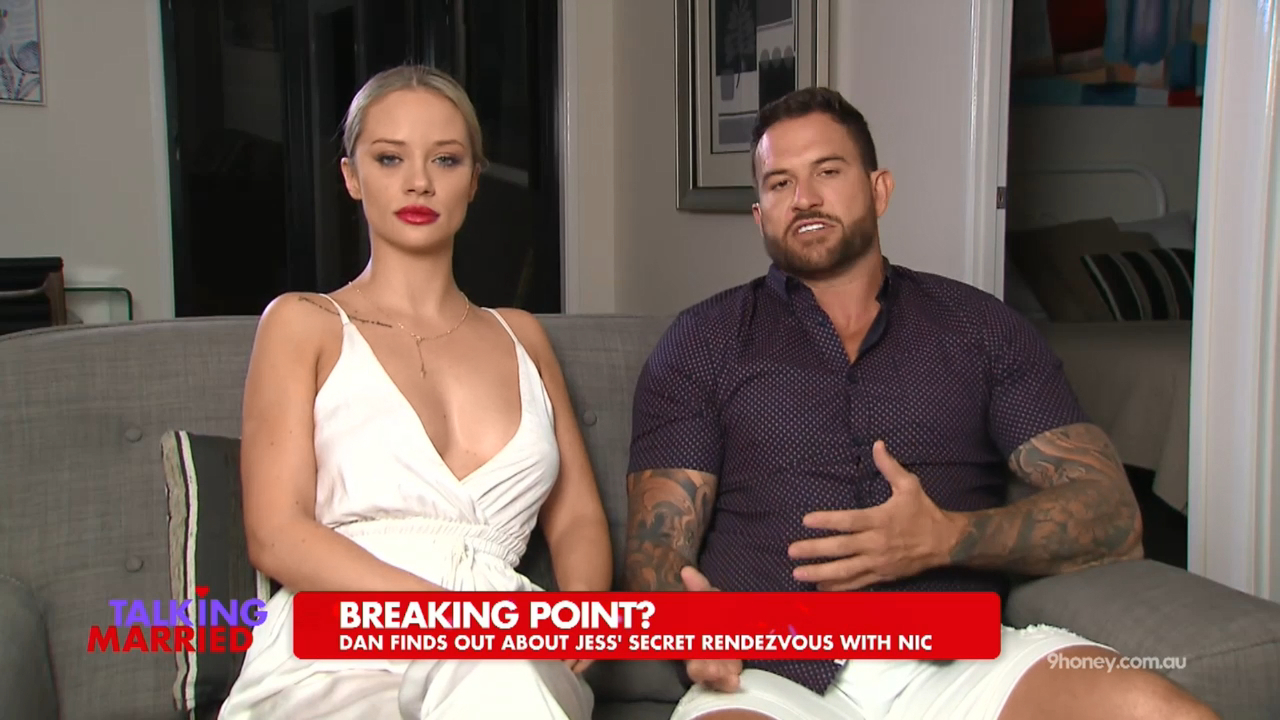 Ultimately, Dan came clean on TV and admitted that even though he and Jess were together, they were facing major trust issues in their relationship. The issue of Jess flirting with Nic reared its ugly head one more time when the couple appeared on the show ‘Talking Married.’ When the incident was brought up in the show, Dan showed extreme displeasure and mentioned that Jess was not completely honest with him previously, which led to a fight on national television. A few days after the interview, speculations about the couple separating came true when reports mentioned the breakup.

In an interview with Yahoo Lifestyle Australia on April 12, 2019, Dan said, “Me and Jess have split, let’s get that straight. We have broken up. There’s allegations coming out that we’re still together. She’s saying we’re still together. We are not together.” For Jess, the breakup proved to be an extremely tough time. Ever since her clip of flirting with Nic went viral, she kept receiving backlash from fans. She even alleged that Dan’s family and friends disagreed with her behavior, which made her face hate from them as well.

The hurt of dealing with a breakup amidst the added pressure put her in a rough spot from which she could not get out. In February 2021, she revealed that she got addicted to Xanax while trying to get over Dan. Talking about the frightening time, Jess said, “I’ve been through a lot in my life, a lot of bad things. Honestly that was the hardest time I’ve ever been through, and the one time I couldn’t bring myself out of it. It was pretty scary.” She further revealed that the breakup hurt her more as she had moved from Perth to the Gold Coast to live together with Dan.

Jess claimed that even after putting in so much effort for Dan, her being left high and dry by him affected her badly. However, Jess mentioned that the former couple mended their differences and are on friendly terms with each other, at present. After breaking up with Dan, Jess was linked to multiple people. There were reports of her dating ‘Love Island’ star Eden Dally, but Jess denied the rumors. She also dated ‘MAFS’ season 4 star Nick Furphy for a while. In 2020, Jess got together with James Brown, a landscaper.

Brown is also a father-of-one. After flaunting their love on social media for a while, things took a sad turn when Jess and Brown ended their relationship after just about 4 months. Following their split, Jess began dating rapper Filip Poznanovic, and the couple seemed to be extremely happy. Yet, as fate would have it, this relationship, too, did not last long. The rapper and the ‘MAFS’ star had a very public breakup just a few months into their relationship in April 2021.

It got nasty when Poznanovic AKA Filthy Fil went ahead and dropped a diss track about his ex Jess. At present, it looks like Jess is enjoying her life with friends and family. However, the absence of a significant other is also apparent in her social media posts. Thus it looks like the ‘MAFS’ star is single as of this moment. On the other hand, Dan got together with Jess’ brother’s ex, ‘Love Island’ fame Vanessa Sierra, after breaking up with Jess.

Though the couple seemed to have initial chemistry, the relationship did not work out, and the couple ended up separating. At present, Dan appears to be in a relationship with model Amira Marotous, who features in the Instagram post he shared on January 31, 2021. Mira has also met Dan’s son, which hints towards Dan being serious about this relationship. We hope Dan and Jess keep enjoying their lives in their own way and wish them the very best for the future.

Read More: Are Chris and Paige From Married at First Sight Still Together?