Are Jessica Seracino and Daniel Holmes Still Together? 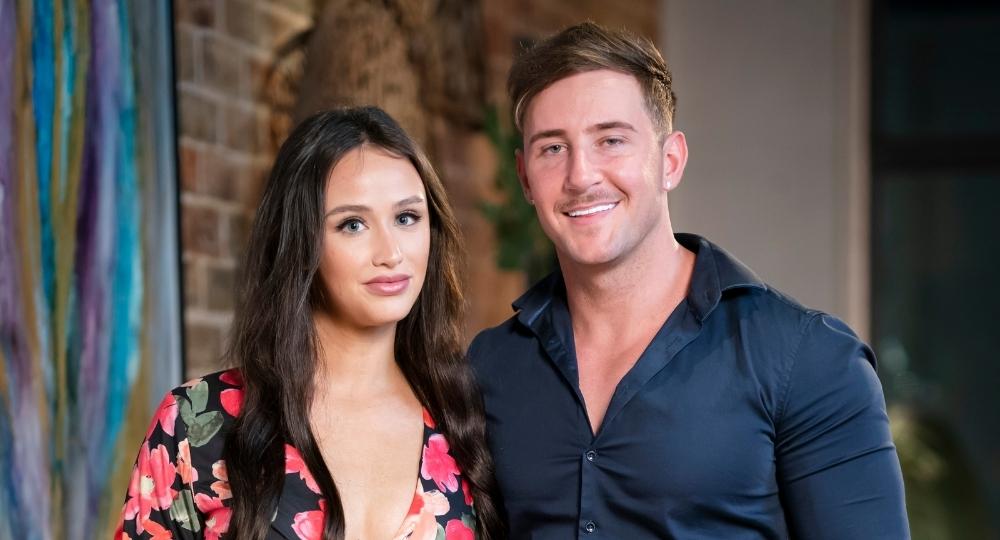 Based on the eponymous Danish reality series, ‘Married At First Sight‘ puts an entertaining spin on other dating reality shows as it couples together complete strangers in a social experiment. Paired together by experts, these couples meet each other for the first time at the altar, where they are married before being sent on a honeymoon. After returning from their honeymoon, the newlyweds live together as a regular couple to decide if they wish to continue the experimental wedding or call it off.

Season 9 introduced an entirely new set of couples who did not fail to give us drama, romance, and heartbreaks. Out of all the duos, the pair of Jessica Seracino and Daniel Holmes stood out, as what seemed to be the beginning of a happy “married life” for the two, turned into something a bit more tumultuous and dramatic. In case you were invested in this pair and wish to get an update on their current status, we have got you covered. Here is all that we know!

Jessica Seracino hails from Victoria, Melbourne, and is a Florist and Retail Assistant who joined the social experiment looking for an ever-lasting marriage much like her parents. When the 27-year-old got paired with 30-year-old Queensland-based Personal Trainer Daniel Holmes — who was looking to settle with a compatible partner — the experts responsible for pairing them believed they did a good job.

A post shared by Married At First Sight (@mafs)

Having instant chemistry as soon as they gazed into each other’s eyes, Jessica and Daniel hit it off from the moment they met at the altar. Daniel went as far as to say, “She looks like the type of girl who knows what she wants and who can challenge me a little. I’m happy.” This connection only became stronger as they headed into their wedding night as the pair bonded even more emotionally over the tragic loss of their respective siblings.

However, things went south just before the end of the night, when Jessica casually told Daniel about what she would wear for her “real wedding.” Upon hearing this and thinking that she isn’t as serious about this as he is, Daniel stormed out and left to vent about this. That is when the promising-looking wedding showed its first signs of frailties. When he made his way back to Jessica, she clarified what she meant by her earlier statement and that he should have asked her about it instead of freaking out.

A post shared by Married At First Sight (@mafs)

This was the first of many instances in Jessica and Daniel’s rocky marriage. Even though they made up after this little incident, the couple hit another negative note during the Honesty Box game. When Daniel stated that while Jessica is his type, she is not his “dream girl,” Jessica asked him what she would need to change physically to be more of his type. As Daniel refused to answer the question, she called him a “little b***h.” The scuffle got even more intense at the dinner party as she didn’t back down to tell other contestants about the fight that had transpired, giving Daniel no chance to speak for himself.

Thus, Daniel found some comfort and distraction in some flirtatious interactions with a fellow cast member named Carolina Santos. When the first commitment ceremony came around, Jessica wanted to leave, but Daniel was open to giving their relationship another chance and opted to stay. This meant they must remain in the show for one more week at least. Much to the disappointment of the fans of the couple, nothing seemed to work out.

Consequently, the following morning, Jessica told Daniel that there was no going back for her as she grabbed her luggage and left the show, despite his attempt of changing her mind. When Jessica surprisingly returned to join the girls’ night, she was shocked to know about Daniel and Carolina and voiced her disapproval. So, where does their relationship stand today? Let’s find out!

Are Jessica and Daniel Still Together?

No, Jessica and Daniel are not together and have parted ways for good. Following their short-lived marriage on the show, the pair didn’t seem to get on well even after the cameras stopped rolling on them. They had their differences as their distinct personalities clashed against one another more than they blended with each other. The fact that Daniel indulged in flirtatious interactions with Caroline didn’t really help the case too. So, they grew apart quite abruptly and in a messy manner.

Having said that, fans of Daniel would be delighted to know that he is currently in a happy relationship with Carolina. He admitted that there was a spark between them from the first time they met at the dinner party in the third week. The Personal Trainer doesn’t hold back from posting about their relationship on social media, mentioning how grateful he is to have met her.

As for Jessica, she was reportedly spotted shopping with a mystery man in March 2022. However, unlike Daniel, Jessica has not confirmed her relationship status yet. Although the Melbourne-based reality star hasn’t revealed much about what she is up to these days, one thing we are sure of is that she has moved on from everything that went down on the social experiment. Jessica made it evident by sharing a beautiful picture with a sassy caption that read, “I hope your second match is better than your first.”

Read More: Where is Married at First Sight Australia Filmed?