Are Jihoon and Deavan From 90 Day Fiancé Still Together? 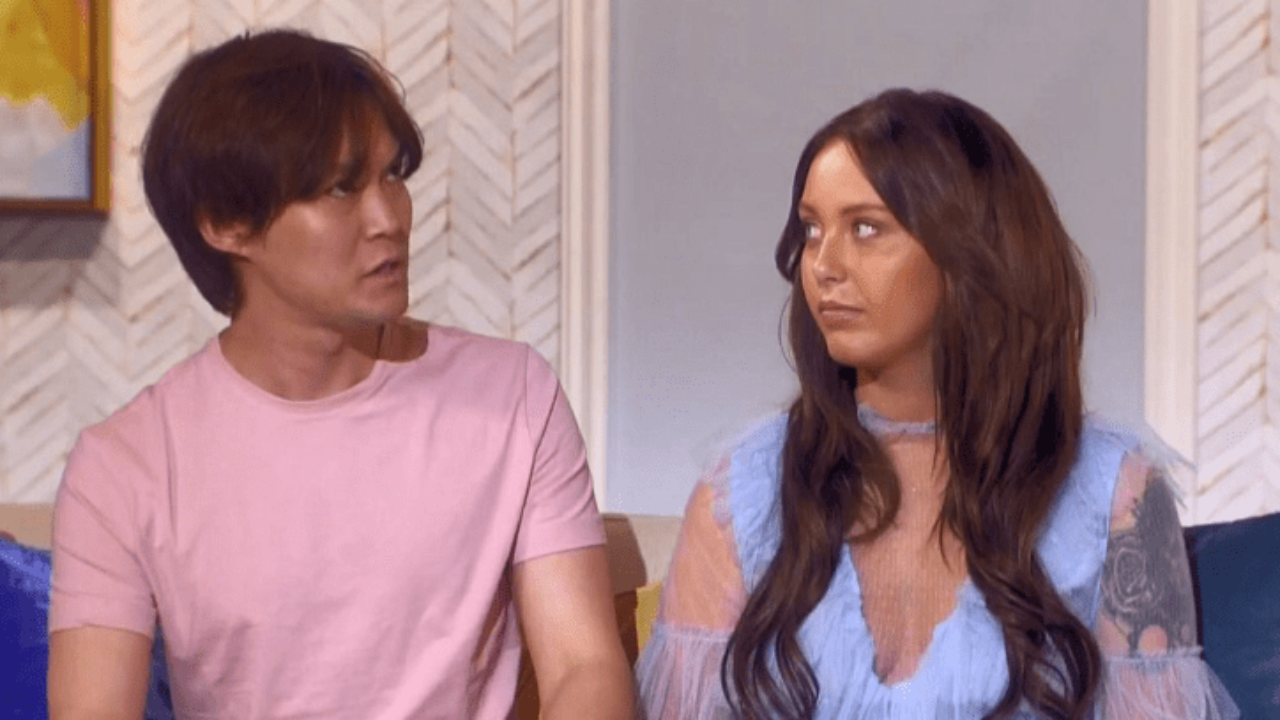 ’90 Day Fiancé: The Other Way’  follows couples whose American partner moves to their home country and not the other way around.  Its first season documents the stories of six couples, one of which is Deavan and Jihoon, whose story resonated with viewers. Deavan and Jihoon made an appearance again in the second season of the show.

Jihoon and Deavan: 90 Day Fiance The Other Way Journey

In the first season, Deavan was introduced as a single mother who had fallen in love with a second-hand phone dealer, Jihoon. She did not reveal any details about her first child’s father for a very long time but recently shared that he was an abusive man and she left him right after she had her precious daughter Drascilla Cregg and all this happened years back while she was still a teenager. Finally, when she met Jihoon, through the medium of an international dating app, she felt protected and cared for. Out of pure love, she prepared herself to switch her country and go to live with him all the way from the U.S. He had even promised to foster her daughter as his own child.

Deavan’s mother expressed her inhibition for him since the first moment and can we really say that it was nothing but a motherly concern? Has her instinct not turned out to be the truth? The two have had a rocky relationship from the moment they met and doubtlessly, they even rushed into it, without proper thought. Deavan got pregnant with her second child, Taeyang, after the very first time they both had the chance to get intimate.

Are Jihoon and Deavan Still Together?

After experiencing a rather bumpy start, the two still kept faith in each other and filed papers to get legally married. The families rejoiced at the union but their happiness did not last too long. Unexpectedly, Deavan starts to realize that Jihoon was not even half the man he had claimed to be. There were too many problems to be tackled before they could start living peacefully, financial trouble being just the tip of the iceberg. He had confessed to his friends that he had been lying about his economic conditions as his monthly salary was insufficient to support a family and even had debts that needed to be paid back.

When Deavan went to Seoul with a newborn and her mother Elicia Clegg by her side, she was at the least expecting to live in a decent apartment. Jihoon was still living with his parents and so she had to share a one-bedroom flat with everyone under the same roof. Cramped up in such a small space with so many people, frustrations led to arguments and ended into nasty fights. When Jihoon finally manages to get a reasonable place to live, even for just a month, things seem to get a little better. The entire family goes to a nearby park to let off some steam of the past weeks. But unfortunately, even excursion ends badly. Deavan carrying little Taeyang in her arms asks Jihoon to carry Drascilla back to the house. But like any toddler her age, she mischievously runs off into the direction of a dark sidewalk. This terrifies everyone as Deavan, Elicia, and Jihoon frantically start running towards her.

Elicia says she was enraged by the whole episode and in a way blames Jihoon for not being a good father. Some seem to agree with this statement, while others hold a very different opinion. They feel that Jihoon is giving his all to the marriage and is trying his best to be a good father to both their children. On August 7, 2020, Elicia Cregg posted a video of Drascilla playing in a park with her friend and so it can be safely assumed that nothing serious happened. Maybe she just got a little bruise and for that Jihoon seems to have punished himself enough. There is definitely no ‘villain’ in this story, just two people trying their hardest to stick together.

Rumors of Deavan and Jihoon’s split started to float around after it was confirmed that Deavan was currently in America, staying at her mother’s place, with both her children. She posted a video a few days back discarding the negative news and said that she was there only temporarily for “family reasons” and would be back to her husband within a month. Thus she assures her fans that there is no trouble in their paradise!

Read More: Are Biniyam and Ariel from 90 Days Fiance Still Together?