Are JWoww and Zack Clayton Carpinello Still Together? 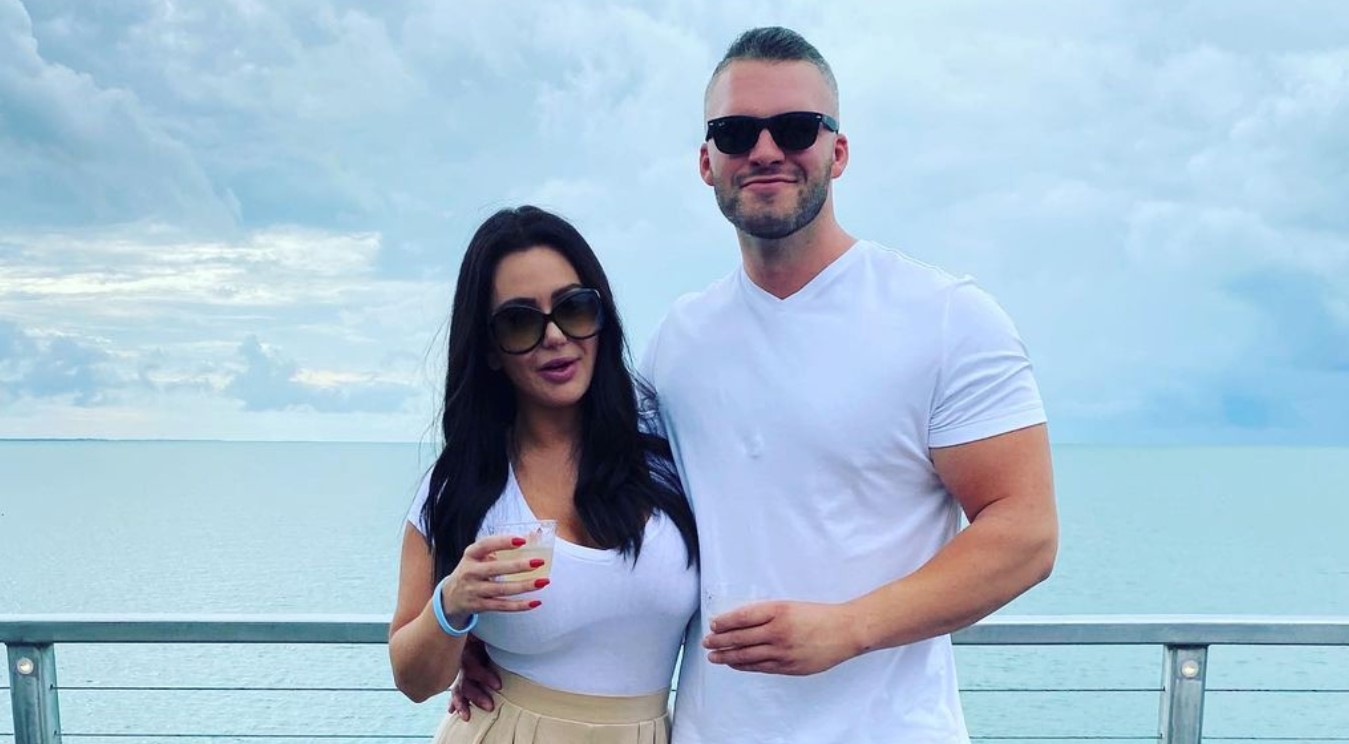 Viewers were quite curious to know more about Zack Clayton Carpinello when JWoww (Jennifer Lynn Farley) introduced him on ‘Jersey Shore: Family Vacation.’ JWoww and Zack made their coupling social media official just months before the former finalized her divorce with Roger Mathews, and fans were ecstatic to witness the television personality in a happy relationship. However, with Zack and JWoww facing quite a few hurdles in their journey together, fans are now clamoring to know where they stand at present. Well, let’s find out!

Reports claimed that Zack was present when JWoww tied the knot with her now ex-husband, Roger Mathews, in 2015. But he got close to the reality TV personality after her separation. Soon, Zack began featuring on JWoww’s Instagram account, and in Spring 2019, they confirmed their status as a couple. The two soon built up an excellent relationship and were spotted together at public events. Zack even featured on one of JWoww’s cooking YouTube videos and seemed to have a lot of fun.

Unfortunately, like most celebrity couples, JWoww and Zack weren’t saved from speculations, and rumors about the pair being pregnant began doing the rounds. However, they were quick to shut down such assumptions and immediately set the record straight. Moreover, it even seemed like the relationship was getting serious as JWoww introduced her new beau to her children that she shares with Roger.

Although there were controversial opinions about Zack meeting JWoww’s kids early in their relationship, the couple did not let such matters affect their bond. Nevertheless, good days weren’t to last as ‘Jersey Shore: Family Vacation’ viewers witnessed Zack getting cozy with Angelina Pivarnick while on the show. JWoww felt quite betrayed because of Zack’s behavior, and in October 2019, reports claimed that the couple had called it quits. So, have they patched up or broken up for good?

Are JWoww and Zack Clayton Carpinello Still Together?

Interestingly, just a week after Zack’s incident with Angelina, sources mentioned that Zack and JWoww were spotted together at a New Jersey theme park. Additionally, reports on October 19, 2019, noted that the two also reunited during a trip to Universal Studios in Florida. By December 2019, it seemed that Zack and JWoww had talked out their differences and officially announced their reunion on social media.

After the dust seemingly settled down in late 2019, Zack and JWoww built up a wonderful relationship, as is evident by the fact that they often feature on each other’s social media accounts. Zack has also gotten quite close to JWoww and Roger’s children and appears to share a close bond with them. Furthermore, in February 2021, the couple had terrific news to share with fans as they announced their engagement.

It is incredible how Zack and JWoww don’t shy away from expressing their feelings for each other publicly. Zack even expressed his love for JWoww after she accepted his proposal. With the same photographs on social media as his lady love, his post was captioned, “My always and forever. You made me the happiest I’ve ever been. I love you more than anything.” Thus, with the two now living their best lives and looking forward to a bright future, we want to wish them the very best for the years to come.

Read More: Are Angelina Pivarnick and Chris Larangeira Still Together? Did They Break Up?