Are Angelina Pivarnick and Chris Larangeira Still Together? Did They Break Up? 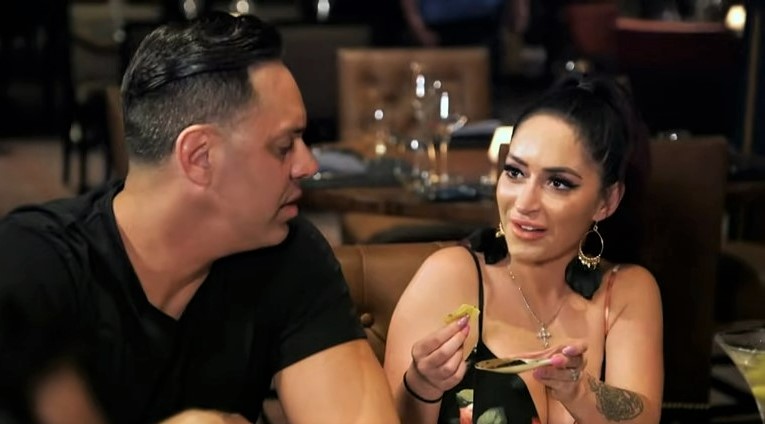 ‘Jersey Shore: Family Vacation,’ a spin-off of the popular MTV series ‘Jersey Shore,’ premiered in 2018. It explores the intense relationships, emotional dramas, and wild partying of the cast members that made the OG show, which ran from 2009 to 2012 and became an iconic part of popular culture. As the group spends time together vacationing for a month, old relationships are questioned, and new interpersonal dynamics are formed.

Over the years, the entertaining reality series has presented to fans fiery and passionate couples, snippets of whose romantic journeys are often seen onscreen. One such duo is Angelina Pivarnick and Chris Larangeira. Angelina is famous for her time on the show’s original run whilst her significant other is a part of the reunion series. Now, fans are aware that the couple often faces romantic problems. Thus, naturally, many wonder if the two are still happily married or are instead facing trouble in paradise. Let’s find out!

Angelina Marie Larangeira (née Pivarnick), 35, and Chris Larangeira, 44, were friends even before she became a part of the ‘Jersey Shore’ series. However, despite knowing each other since around 2004, the two were not close. In fact, Angelina was in a serious relationship with a different man when she first joined the OG reality show in 2009. 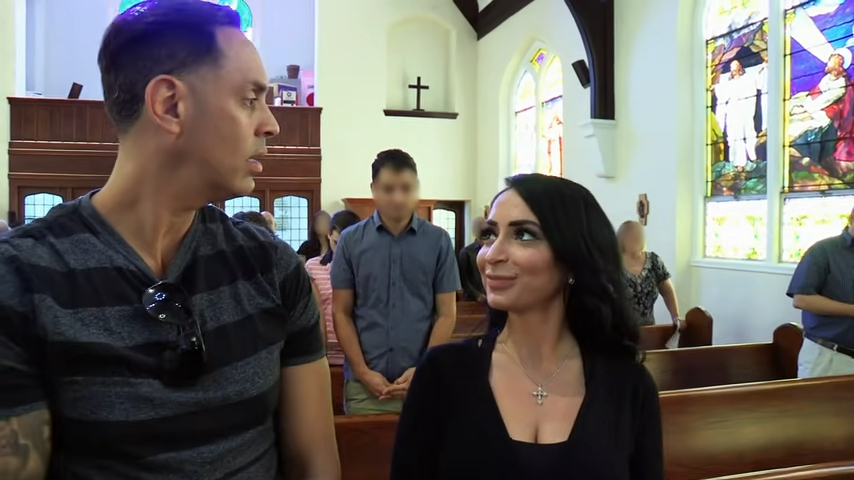 In the gap between the end of ‘Jersey Shore’ and the beginning of ‘Jersey Shore: Family Vacation,’ sparks flew between Angelina – an emergency medical technician and former bartender – and Chris, a sanitation worker. In 2018, Angelina stated, “I had known Chris for 14 years and he says the reason he never hit on me was because I always had a boyfriend.” She added, “But he asked me to come to this pool party and I went. We started hanging out from there and we’ve been together ever since.”

Chris and Angelina got engaged in January 2018 after Chris surprised her with a romantic proposal. Following their engagement, Chris first appeared on ‘Jersey Shore: Family Vacation’ in season 2. On November 20, 2019, Angelina and Chris tied the knot at the Park Château Estate & Gardens in New Jersey. The couple’s wedding and the aftermath of Nicole “Snooki” Polizzi, Deena Cortese, and Jenni “JWoww” Farley’s impromptu and infamous wedding speech-cum-roast were featured on the show as well. 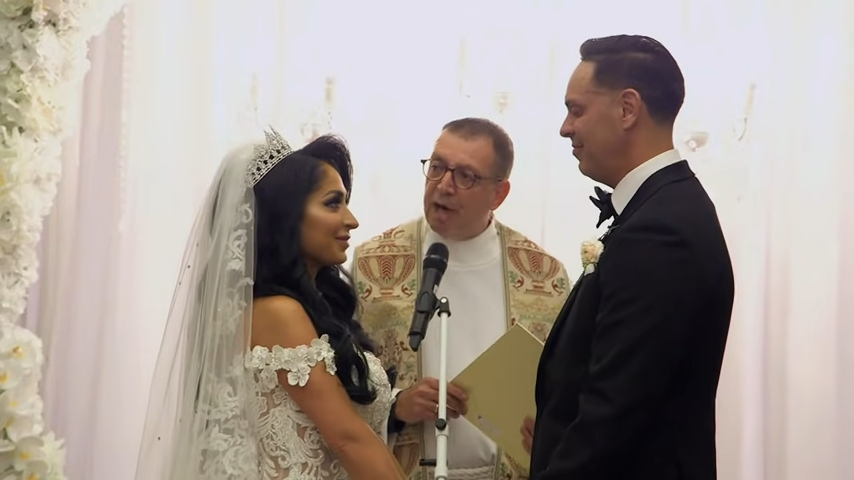 It isn’t hard to believe that the spirited Angelina and Chris are a match made in heaven. However, fans of ‘Jersey Shore: Family Vacation’ are well aware that the couple has encountered quite a few obstacles in their romantic journey. In season 4, Chris talked about how fame had taken a toll on their relationship; after all, their romance is quite public. “Without that [fame], it would be just me and Angelina and our family,” he admitted. “We probably would have had a kid already.”

In the fourth season, rumors of Angelina cheating were also brought up after Lauren Sorrentino received a text message indicating that her friend was being unfaithful to her husband. Later, Angelina confronted the rumors and asked Chris to watch the video allegedly highlighting her infidelity; he refused to do so. “I knew Chris wouldn’t care. He didn’t want to see them,” Angelina stated. “My husband is very well aware of what’s going on in my life and what’s going on in his life. There’s no secrets, you know what I mean.” But the question is, are Angelina and Chris still married, or have they drifted away from each other?

Are Angelina and Chris Still Together?

Yes, it seems as though Angelina and Chris are still together. However, the couple allegedly has their fair share of marital troubles. In January 2021, Angelina reportedly filed for divorce from Chris. However, the divorce was soon dismissed when neither of the two followed it up. It is unclear if Angelina even served the divorce papers to her husband.

“I’m not perfect by any means,” stated Angelina on the show. “I’m not the most perfect wife ever. I yell at him [Chris], I’ll belittle him sometimes. I feel like we’re both wrong. But see how I’m admitting it to you? He won’t ever admit that he’s wrong.” The couple also revealed that they were going “through spurts” of arguments and that Chris decided to stay at his mother’s place a few times due to them.

Additionally, Angelina and Chris’ behavior on social media often makes fans wonder about the status of their marriage. Around the time the divorce rumors were in full force, the two unfollowed each other on Instagram. However, fans noted that the couple often unfollows and then refollows each other during and after their fights. So, their social media behavior — including the deletion of some of their pictures together — does not necessarily imply that they are getting separated.

In late 2021, Angelina bought a $1.3 million New Jersey mansion on her own, and fans wondered if it insinuated that she and Chris had split. However, until and unless Angelina and Chris officially confirm their separation, it is best to believe that they are still together.

Several fans believe and openly express in the comments section of Angelina and Chris’ social media profiles that the two shouldn’t be together due to their history of relationship problems. But others are of the opinion that the pair can solve their issues and ultimately reignite the love that initially brought them together. Hopefully, things will turn up for the two, and we genuinely wish them all the best in their romantic life!