Are Kelsey and Max From Siesta Key Still Together? 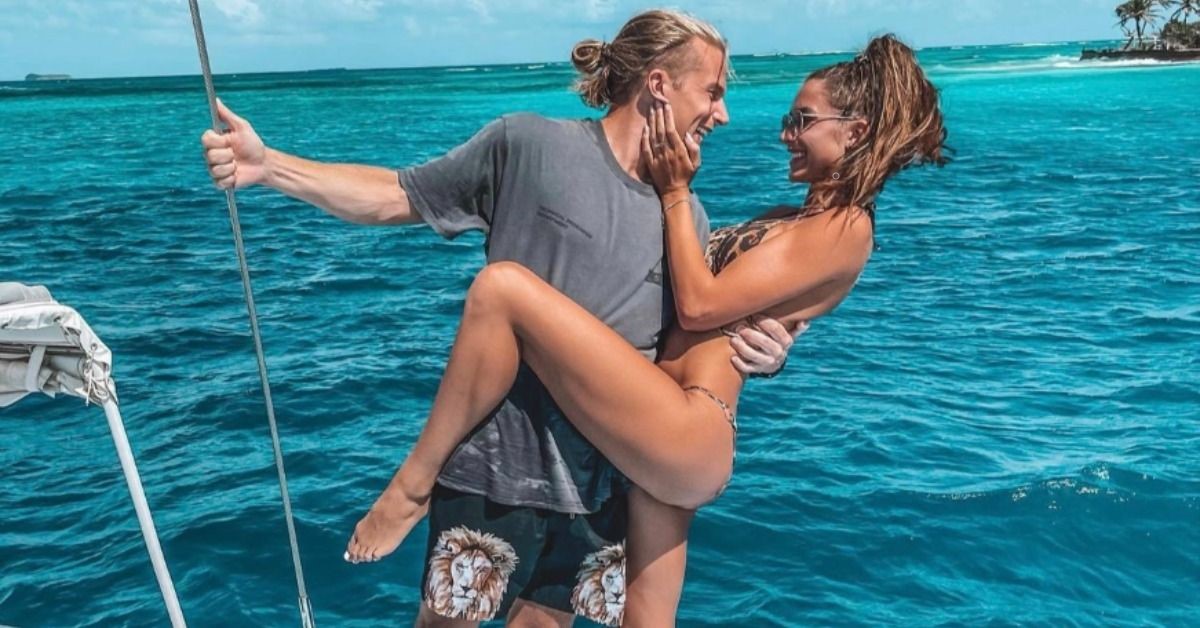 Created by Mark Ford and Warren Skeels, ‘Siesta Key‘ is a reality series filled with young love, betrayal, self-discovery, and much more. The show follows a group of young adults during their summer stay on an island in the Gulf of Mexico. Each season, the cast members come to the island to release their stress and cope with adulthood. Thanks to their relatable actions and interpersonal struggles, the cast members have gained a large fan following who are eager to know what the young adults are up to, both on and off-screen.

One of the most well-known figures from the show is Kelsey Owens, whose drive to make a name for herself in the modeling industry has gained her fame. Recently, her admirers have become curious about her relationship status. Kelsey’s relationship with Max Strong has been a huge point of discussion within the community. Thus, several of their fans can’t help but wonder what is up with the two TV personalities. Well, here’s everything we know about the same.

Since the start of ‘Siesta Key,’ Kelsey Owens has been an integral part of the series. Her charming personality and determination helped her gain quite a large number of fans who have followed her romantic dalliances with interest. The model revealed her commitment to Max through a post on Instagram in August 2020. “Max, words can’t begin to express how grateful I am that you came into my life this past year. Thank you for staying by my side through all the dysfunction and accepting me for exactly who I am (even if I piss you off sometimes),” Kelsey wrote in the caption.

Max is a wildlife conservationist, and the pictures of adorable animals packed on his social media profiles are a testament to this fact. In episode 21 of ‘Siesta Key’ season 3, Max made a brief appearance, though the viewers at the time had no clue who he was. Kelsey initially teased her fans on Twitter before her confirmation of the relationship aired as part of the season 3 finale. Starting from season 4, Max became a regular member of ‘Siesta Key’ and charmed his co-stars and the audience.

Damn who’s that hot guy next to me!?😍 #SiestaKey

However, recent events in both Kelsey and Max’s life have made the fans wonder about the current status of their relationship. In the fourth season of the reality series, Kelsey expressed her concerns regarding her living situation to Madisson Hausburg and Joe Jenkins. The confession sparked many questions and has people questioning whether the couple is still together.

Are Kelsey and Max Still Together?

Yes, Kelsey and Max are still together. This does not mean that the two have not had their ups and downs recently. Max moved to Florida from Louisville, Kentucky, just to be closer to his girlfriend. However, Kelsey expressed on the show that was not so sure about their living situation. She seemed irked that Max was not on board with moving in together in the same house, though her own stay in Florida seemed to be under doubt.

In a bid to focus on her modeling career, Kelsey wanted to move to Los Angeles. However, Max did not want to make such a big move so soon after his previous one. The disagreement definitely caused a strain on the pair’s relationship for a bit. However, they seem to have found common ground. Kelsey soon stated that she has decided to stay in Florida. While replying to a fan’s question, the model clarified on her Instagram story that her decision was not based on her relationship and is something she considered to be in her best interests.

As of now, both Kelsey and Max seem to be enjoying their lives to the fullest. The couple is never shy about sharing pictures of what they are up to in life. Apart from their friends and families, the two often share photos featuring each other, showering affection on their partners. We wish their bond stays strong and that the two find even more joy and success in their lives.

Read More: Are Juliette and Clark From Siesta Key Still Together?