Are Lauren Stuart and Mary Pearcey Dead or Alive?

Investigation Discovery’s ‘Deadly Women: Boiling Point’ features separate cases that involved Lauren Stuart and Mary Pearcey. When Lauren was found dead along with her family at her home in Keego Harbor, Michigan, the authorities knew that it was a case of murder-suicide. On the other hand, Mary was convicted of killing a woman and a baby in 1890. So, if you’re curious to find out more about both these cases, we’ve got you covered.

What Happened to Lauren Stuart?

On February 16, 2018, the authorities were called to perform a wellness check at the Stuarts’ residence in Keego Harbor. Inside, they discovered the whole family, including the pet dog, dead. 47-year-old Daniel was found on the basement floor with a gunshot wound to the head, and his wife, 45-year-old Lauren, was located at the base of the stairs with a gunshot wound in the middle of her eyes. Their children, 27-year-old Steven and 24-year-old Bethany, died after being shot in the head.

The pistol was found beside Lauren, with the initial assumption being a tragic murder-suicide. As the authorities dug deeper, they discovered how disturbed Lauren was in the days leading up to the incident. A few years prior, the couple wanted to send their children to college. However, the religion they believed in, the Jehovah’s Witnesses, forbade that. Hence, the family left about five years before the incident and was shunned by the religion at the time. Since then, family and loved ones said that Lauren felt alone because of being ostracized.

Apart from that, the investigation also revealed that Lauren had been dealing with depression. In the evidence uncovered later, it was clear that she had planned this. Her internet history showed searches for suicide methods and how to use a Glock firearm. In a self-recorded video that Lauren made on February 6, 2018, she talked about having “many issues” and that she “can’t do it anymore.” In another, Lauren mentioned being sexually abused as a child by a relative contributing to her decision to end her life.

On February 15, 2018, Lauren texted Daniel’s boss, saying he was dead after an accident. Later the same day, she messaged her cousin, saying, “I took my husband and kids with me, so they don’t have to feel my selfish act. They will sleep until Christ resurrects them. I truly hope you do better where I have failed.” The authorities learned that the Stuarts had been estranged from their family for a few years. More recently, Lauren believed doomsday was near, and a suicide note stated that she felt she could save her family by killing them.

In the end, the authorities believed that the murders happened on the night of February 15. Bethany was shot first, with Lauren using a pillow as a suppressor of sorts. According to text records, it seemed like she lured Steven home. In the suicide note, Lauren further wrote, “I allowed evil into my heart when I chose not to accept God’s free love, and it made me sick inside. I killed my family because I know my death would stumble them. At least now they will not suffer and will be resurrected into love forever in peace.”

What Happened to Mary Pearcey?

Mary Wheeler was born in 1866 and later took on the last name of her lover at the time, John Pearcey. They began seeing each other in 1885 and while she believed they were as good as married, he referred to her as his mistress. That relationship ended after about three years. At the time of the incident, Mary lived in Kentish Town, England. She was having an affair with a man named Frank Hogg that continued even after his marriage to Phoebe, with whom he had a daughter. Phoebe and Mary were friends at the time. 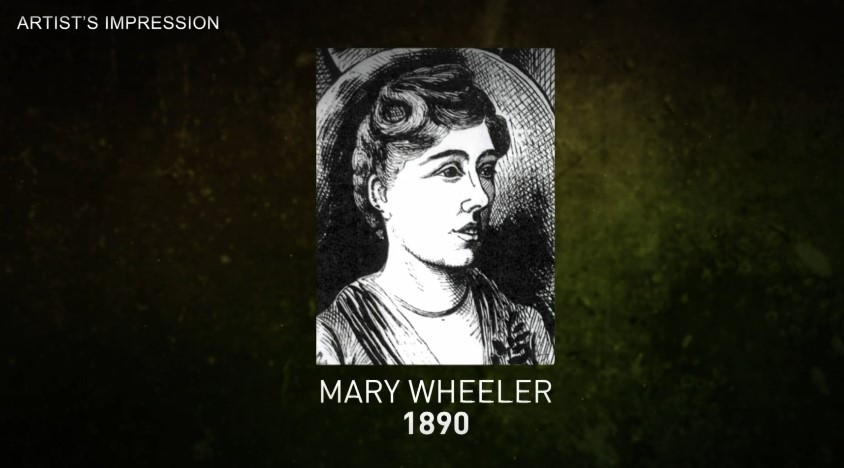 On October 24, 1890, Frank returned from work but learned that Phoebe and their 18-month-old daughter had gone out and didn’t come home. A dead body was discovered in Hampstead, England, on the same day. It was later identified as Phoebe’s. Her skull had been crushed, and a cardigan was placed on her head. It was also reported that Phoebe was nearly decapitated. The police found a bloody pram about a mile away, an ominous sign that the baby was also dead.

The 18-month-old was found in a different area the following day, dead from being smothered. The investigation took a quick turn when the police found out about Mary’s affair with Frank. Phoebe’s sister mentioned that Mary had invited Phoebe and her daughter over on October 24. Furthermore, a neighbor reported hearing screams from Mary’s house on that day. Then, witnesses remembered seeing her wheel a pram on the afternoon when the murder occurred.

When the police went to Mary’s room, they found blood spatter on the wall and the ceiling, in addition to bloody knives and poker. There was evidence that she had tried to clean the scene. A former lover of Mary’s stated that the cardigan found on Phoebe was his; he left it at Mary’s home in the past. In December 1890, she was convicted of double murder and was hanged to death two days before Christmas. Then in her early 20s, Mary unsuccessfully mounted an insanity defense.

Read More: Where Are Rita Gluzman and Vladimir Zelenin Now?