Where Are Rita Gluzman and Vladimir Zelenin Now? 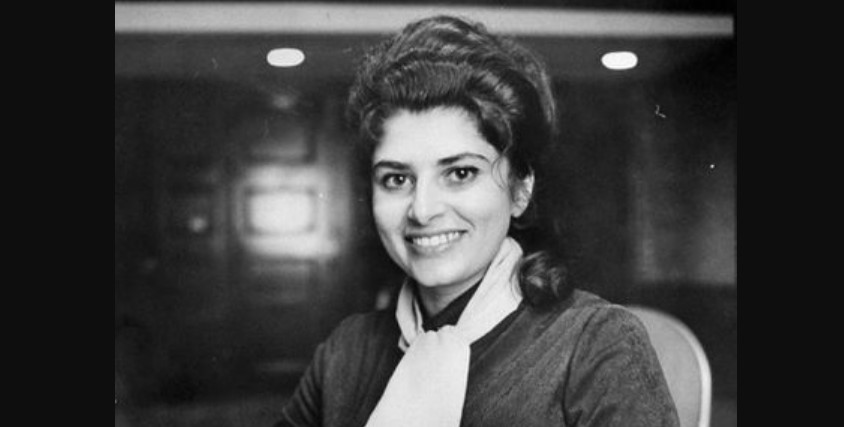 Rita Gluzman was known during the 1970s as the wife who did everything she could to get her husband to leave the Soviet Union. However, she also became infamous for killing him later on. Investigation Discovery’s ‘Deadly Women: Twisted Desires’ features this harrowing case as one of the three stories highlighted in the episode. In April 1996, Rita enlisted the help of her cousin, Vladimir Zelenin, to hack her husband to death. So, if you’re wondering what happened in the aftermath, we’ve got you covered.

Who Are Rita Gluzman and Vladimir Zelenin?

Rita Shapiro was born in 1948 in the Soviet Union. She had a difficult childhood, living in impoverished conditions. When Rita was about ten years old, she was raped by a police officer. When she was 11, Rita was left to take care of her sister all by herself when her mother abandoned them for two years. In 1970, Rita left the Soviet Union for Israel shortly after marrying Yakov Gluzman.

However, her husband wasn’t allowed to travel to Israel at the time. Rita then gave birth to their son and fought hard for Yakov to be permitted to leave. At one point, she even went to the United Nations and held a hunger strike that lasted more than two weeks. Eventually, Yakov received permission, and the Gluzman family moved to the United States in 1977. Yakov became a well-known molecular biologist in the years that followed, and Rita ran an electronics company she co-founded with her husband.

But the marriage began to crumble over time, and it was stated that Yakov was physically abusive toward her and their son. By 1995, he moved out of their home in New Jersey and into an apartment in Pearl River, New York. Yakov had then begun dating a woman from Israel and filed for divorce from Rita in December that year. In the filing, he complained of her excessive spending habits.

In 1996, Rita spoke to her cousin, Vladimir Zelenin, about a plan to kill Yakov. At the time, Vladimir was granted political asylum but was not a legal resident yet. She promised to help him with immigration and got him a job in the electronics company in addition to a car and a house. On April 6, 1996, Rita and Vladimir traveled to Yakov’s apartment in New York and waited for him.

They attacked Yakov when he returned from work at around 11:30 PM. Using axes and other weapons, both continued to attack him until he died. Then, Rita cleaned the apartment to get rid of evidence while Vladimir dismembered Yakov’s body into 65 pieces using the axes, a knife, and a hacksaw. Then, Rita asked Vladimir to dump the parts in a river close to their office. On April 7, 1996, authorities stumbled upon Vladimir dumping garbage bags into the river and noticed blood on his hands.

After he was arrested, Vladimir confessed to the plan and implicated Rita. She was found a few days later hiding out in a vacant cottage at the laboratory in Long Island, New York, where Yakov previously worked. Rita had her passport and international flight information, and phone records showed that she had contacted several airlines. Vladimir quickly struck a deal in exchange for a lenient sentence and agreed to testify against Rita.

Where Are Rita Gluzman and Vladimir Zelenin Now?

Vladimir, then 40, testified that Rita bought the murder weapons and the garbage bags at a local store before the murder, with security footage corroborating the statement. Vladimir pled guilty to second-degree murder and interstate domestic violence resulting in death. In May 1997, he was sentenced to 22 and a half years in prison. Vladimir was released in 2015, and from what we can tell, he has maintained a low profile since then. His last known location remains to be New Jersey.

Rita, then 47, stood trial in January 1997, and the jury ultimately found her guilty; she was the first woman to be convicted under the 1994 Federal Domestic Violence Act. In May 1997, Rita was sentenced to life in prison. Over the years, she dealt with many health problems, including strokes, the ensuing complications, and Parkinson’s disease. In July 2020, she was granted a compassionate release. After being released from FMC Carswell in Texas, Rita went to New Jersey and was to live with her sister in Hackensack. Regarding the conditions of her release, Rita wasn’t allowed to leave home except for doctor’s appointments, court, education, or other approved activities. Apart from that, she was ordered to wear a GPS monitoring device.

Read More: Where are Kayleigh Woods and Jack Williams Now?