Maci McKinney (née Bookout) plunged into stardom after her appearance on ’16 and Pregnant’ that garnered everyone’s attention. After that, she has managed to retain her public image by appearing as a significant cast member on ‘Teen Mom OG’. The show featured her relationship with Taylor McKinney and their experiences of raising three children together. Audiences instantly took a liking to their drama-dripping and turbulent dynamic that also surprisingly withstood every sort of adversity imaginable.

Throughout ‘Teen Mom OG,’ Maci and Taylor tasted both heaven and hell. On one side, their relationship seemed perfect and undoubtedly blissful. But on the other end, they were tossed and turned by a pile of heavy issues related to an ex-boyfriend, miscarriage, and personal conflicts. Hence, we’re here to reiterate their relationship history and provide information about the couple’s present relationship status.

As revealed in ‘Teen Mom OG,’ Maci chanced upon Taylor at a Motorcross match in 2012. Even though she was dating another racer, Taylor helplessly caught her attention, and they soon became friends. Maci said that there was something primal in his disposition that she had been drawn towards. Maci was settled in Tennessee back then, and Taylor was in Texas. Yet, they fought all odds and began a long-distance relationship that survived the test of time. 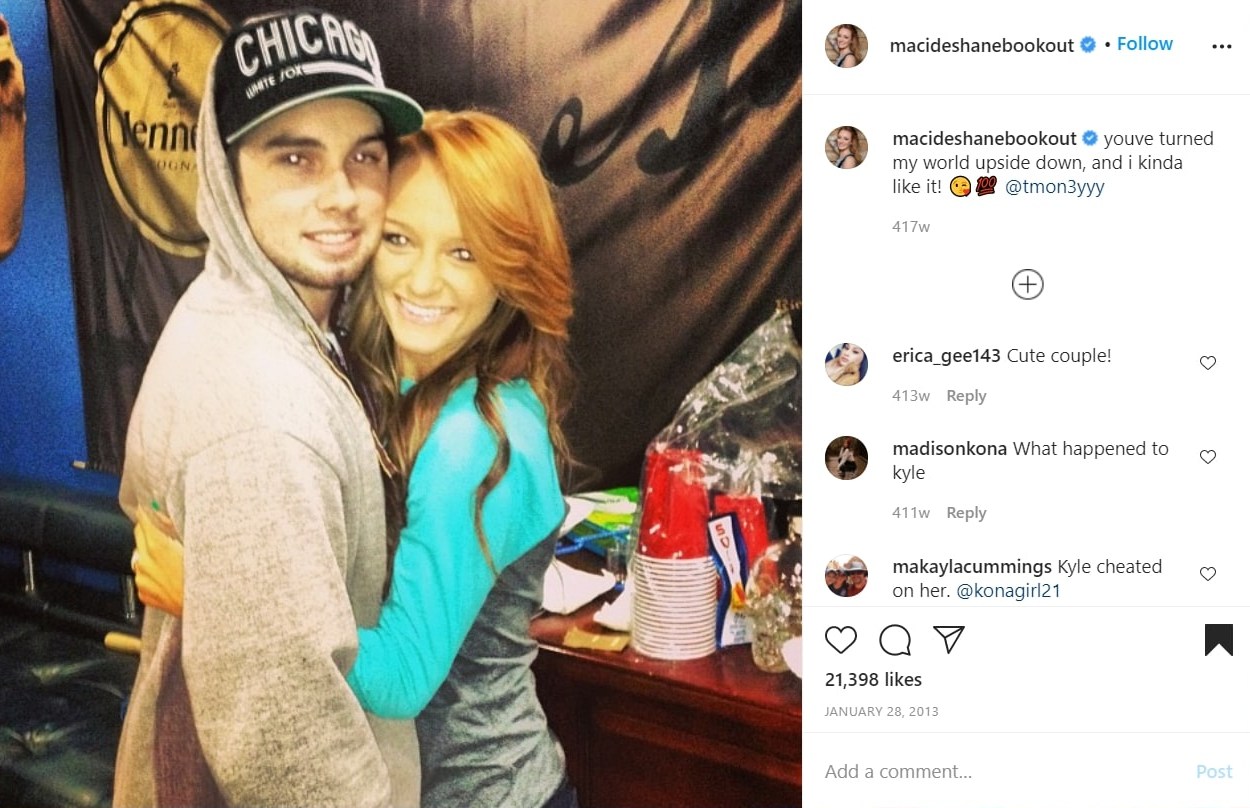 In July 2014, Taylor left Texas to be with Maci in Tennessee, and the couple moved in together. Their house was a symbol of their love, as documented on ‘Teen Mom OG’. They called it “The Love Shack”. The couple got pregnant with their first child the same year, which was announced in October 2014. Their daughter, Jayde Carter, was born on May 29, 2015. In November 2015, the couple also started a clothing brand titled ‘Things That Matter,’ which caters to adults, babies, and children.

Their relationship hit its peak on January 19, 2016, when Taylor proposed to Maci. The proposal was filmed by MTV, which took place on Venice Beach, California, and Taylor walked the extra mile for his girlfriend by designing the ring himself. On May 31, 2016, the couple welcomed their second child, Maverick Reed. They finally tied the knot on October 8, 2016, at Honey Lake Resort in Greenville, Florida. Maci’s first son (with former beau Ryan Edwards) Bentley served as the adorable mini-best man in the ceremony.

Are Maci and Taylor Still Married?

In an episode of ‘Teen Mom OG’ in June 2017, Maci revealed that she was in a fix regarding her marriage with Taylor. Their duties as parents of three kids were taking a toll on them, and they were continuously fighting behind the cameras. They fought over petty things that frequently edged into their deteriorating love life. They finally decided to attend couple’s therapy for the same. The same year, she suffered a tragic miscarriage when they were pregnant with their third child, who Maci called Dandelion. She gave away this heartbreaking news in an episode of the show in 2018. 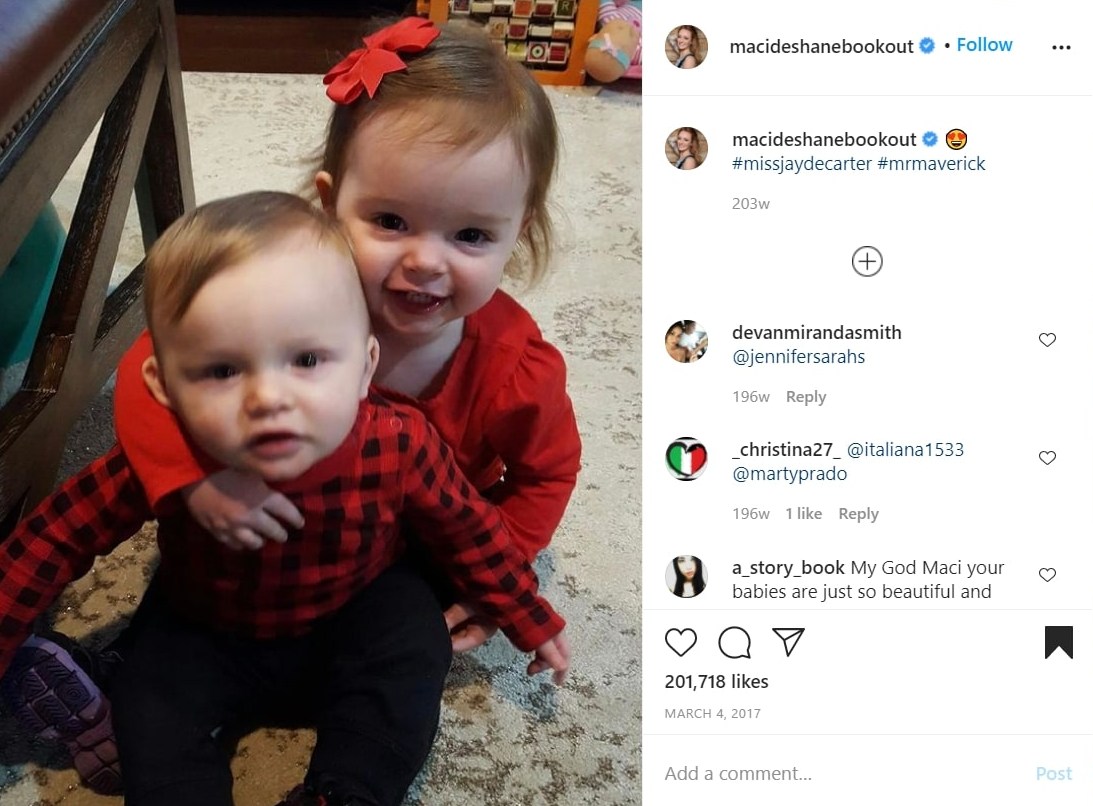 In contrast to what was observed in the show, the couple’s marriage had always been a subject of speculation to the public. This was further enraged after Maci posted a few clickbait updates, which implied that they were getting divorced. But shortly after, these rumors were shrugged off by the couple. They celebrated their fourth anniversary in October 2020. They were busy filming for the ninth season of ‘Teen Mom OG’ during the pandemic. Therefore, it is safe to assume that despite a few bumps, the couple is reportedly still going strong. 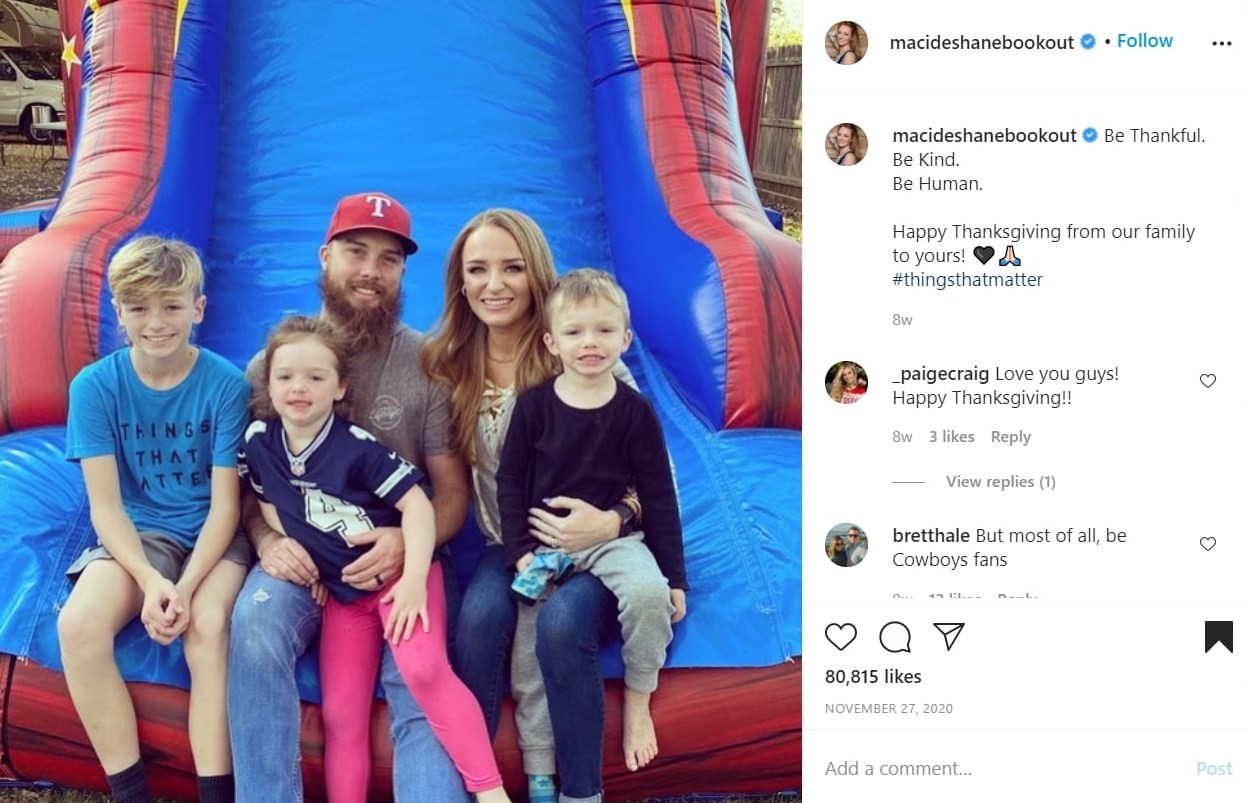 Read More: Where is Maci McKinney From Teen Mom Now?