Where is Maci McKinney From Teen Mom Now? 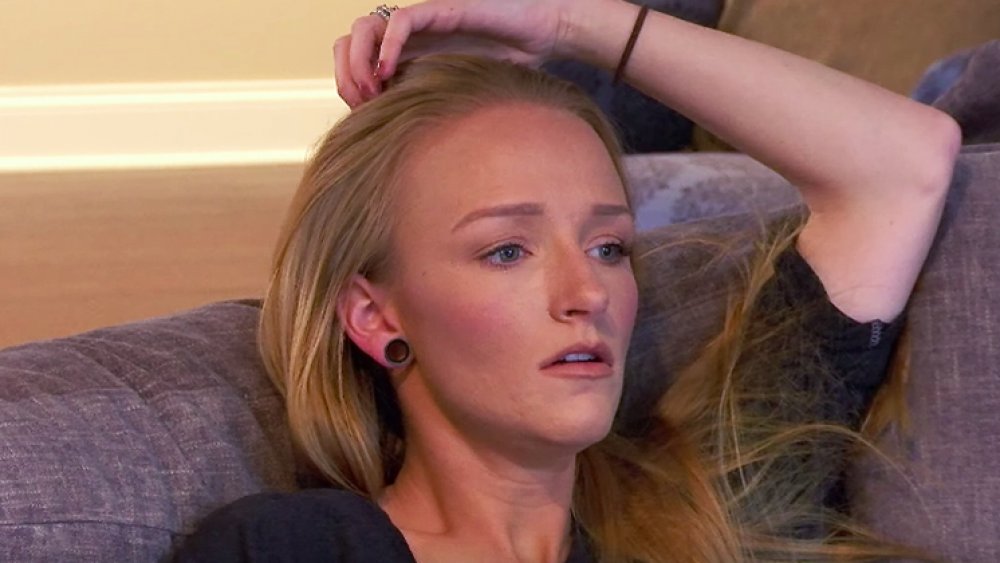 Maci McKinney is an American reality TV star and book author. She was born as Maci DeShane Bookout on August 10, 1991, and was raised in Chattanooga, Tennessee. We have been following Maci’s life on MTV for more than a decade now, ever since she appeared on the show ’16 and Pregnant’ and then on ‘Teen Mom’. If you’re not caught up on the latest season of ‘Teen Mom OG‘, don’t worry, we’ll tell you where Maci is now and what her life looks like.

Maci was a 17-year-old high schooler when she got pregnant by her then-boyfriend Ryan Edwards. She gave birth to their son, Bentley Cadence Edwards, in October 2008. ’16 and Pregnant’ and early seasons of ‘Teen Mom’ showed Maci’s life juggling mommy duties and full-time college studies. There was also a lot of romantic drama with her baby daddy Ryan.

Maci and Ryan were engaged for a while in 2009, but within a year, they broke up. After the messy breakup with Ryan, Maci started dating Kyle King (who was apparently her childhood friend). They even moved in together. But they also didn’t last long and separated in 2012 after rumors of Kyle cheating on Maci surfaced.

Maci then began seeing Taylor McKinney, a Texan motocross racer, in 2012. In 2015, the couple announced that they were expecting their first child, and shortly after, on May 29, 2015, they became parents to a beautiful baby girl Jayde Carter McKinney. Taylor proposed to Maci in January 2016 while shooting an episode of ‘Teen Mom OG’. Only a little bit after getting engaged, the happy couple announced their second (Maci’s third) pregnancy, and baby boy Maverick Reed McKinney was born on May 31, 2016. Maci and Taylor got married in October 2016.

Maci McKinney: Where is She Now?

Maci and Taylor are still married and very much in love, raising their three kids as a happy family. But their life is not a hundred percent idyllic. Maci has had ex-troubles with Ryan since forever, but those escalated to an alarming degree in 2018 when Ryan supposedly threatened to take their son Bentley away. Reportedly, Ryan also left voicemail messages threatening Maci and Taylor. The McKinneys had to take out a restraining order against Ryan. Ryan, who has been battling substance abuse issues for a long time, was arrested in 2018 for possession of heroin. Over the years, he has been in and out of rehab numerous times.

In recent times, the last couple of years since Ryan’s drug addiction came to light, Maci says her 11-year-old son Bentley has struggled to deal with this reality about his dad. In order to give him a healthy outlet, Maci nudged Bentley toward active sports and Bentley chose wrestling. Earlier in 2020, Maci had to face some backlash over Bentley’s strict diet. But Maci rose to the occasion like the warrior she is and clarified that they were watching what Bentley ate because he wanted to wrestle in a specific weight category and she absolutely made sure that her son remained on a healthy (just more calorie-conscious) diet.

Maci tweeted that far from ever asking Bentley to cut weight, she has been instilling in him healthy eating practices like not skipping breakfast, eating good carbs, and more salads plus drinking more water. It looks like the haters’ accusation of Maci starving her son is baseless because she seems to have done her homework on the proper nutrition for a beginner wrestler.

Career-wise, Maci seems to be flourishing. She has authored two published books and a third one (a poetry book) comes out in September 2020. Maci also co-owns a clothing brand with husband Taylor, and it’s called “Things That Matter”. Apart from her business and books and reality tv, Maci is quite the public speaker and often advocates awareness about women’s health issues like PCOS.

While Maci and Taylor have spoken about adopting because they want more kids, nothing like that is on the cards in the near future since for now, they just want to focus on raising their three kids.