Are Mark Fischbach and Amy Nelson Still Together? 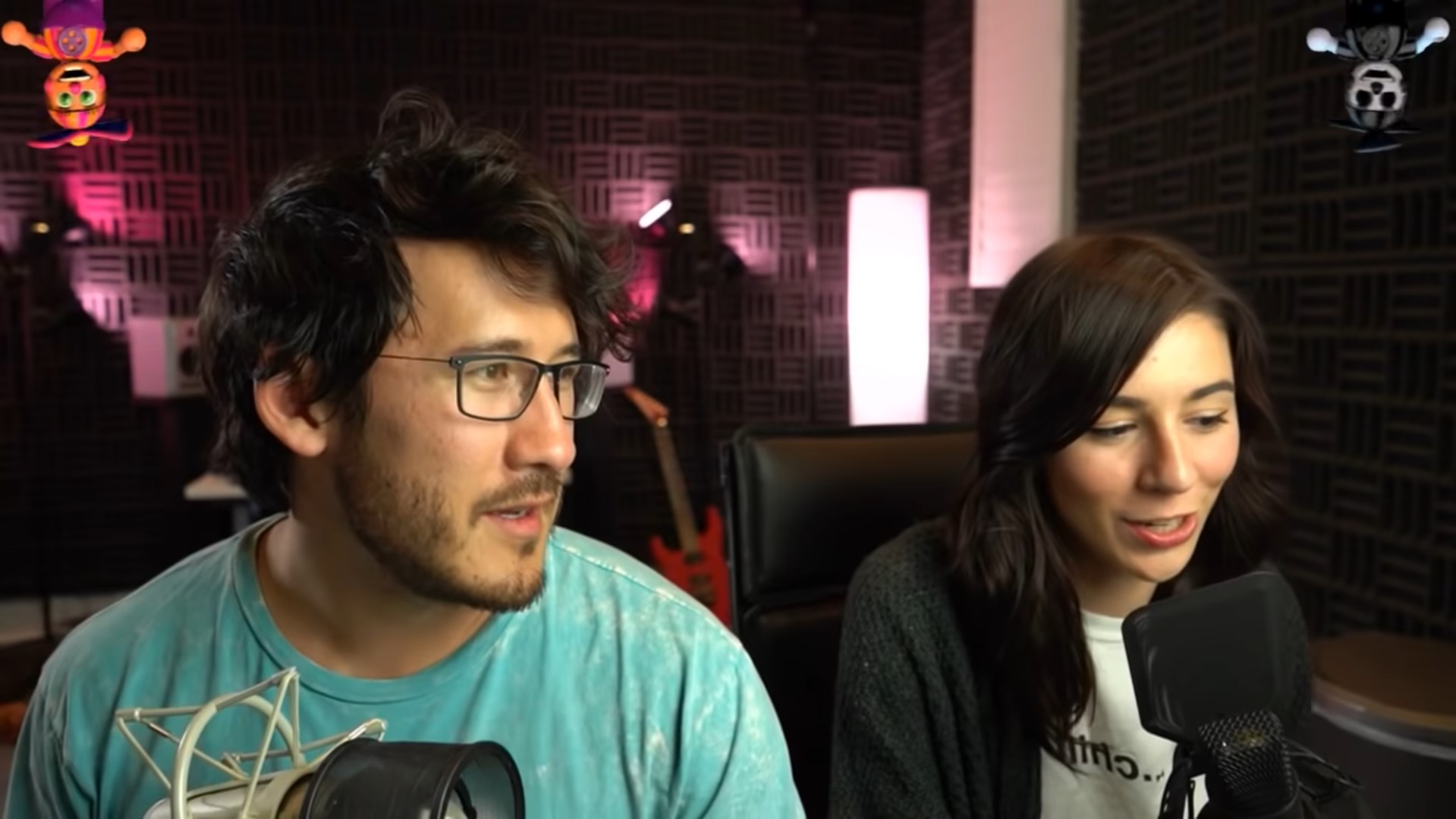 Mark Edward Fischbach, popularly known by his nickname, Markiplier, is a brilliant YouTuber who rose to fame through his hilarious ‘Let’s Play’ series of popular survival horror video games. However, video games aren’t his only call to fame, as this talented personality has dabbled in comedy sketches, appeared on various podcasts, and has even lent his voice to the character 5.0.5 in ‘Villainous.’ Additionally, Mark has taken up the challenge of being an entrepreneur and in 2018 launched a gaming apparel brand called Cloak. When Mark was first seen with Amy Nelson at VidCon 2016, little did his fans know that it would blossom into a beautiful, long-lasting relationship.

Yet, with the advent of time, Amy Nelson became a critical part of the Youtuber’s life, and they grew to be one of YouTube’s most-loved couples. Originally from Cincinnati, Ohio, Amy is a pottery enthusiast who even streams her work on Twitch. Moreover, she has also worked for and has been featured on Mark’s YouTube channels. With “Teamiplier,” a team of YouTubers assembled specially for Mark’s channels, breaking up, fans are anxious to know if Mark and Amy are still together. Well, we come bearing answers!

Mark and Amy: Journey Together

It is believed that Mark and Amy started their relationship sometime around September 2015. However, they were seen together for the first time at VidCon 2016 when Amy accompanied Mark to the event. Their appearance together led to numerous rumors about them dating. Although the couple did not substantiate the rumors outright, Amy posted a picture of them on Twitter which led people to believe that they were together.

In December of the same year, she made her first appearance on Mark’s YouTube channel in the video ‘DON’T LAUGH CHALLENGE #5.’ Since then, Amy began appearing more frequently in Mark’s videos and became a well-known personality on the channel. She even moved in with the YouTuber, further confirming their relationship. Apart from appearing on his videos, Amy was also a critical part of Mark’s production team. She shot most of Mike’s live-action videos and was a judge on ‘Markiplier Makes,’ alongside Kathryn Knutsen. Amy even helped out with editing work, especially for the channel Unus Annus.

Throughout their journey, Mark and Amy have always stuck by each other through highs and lows.  The couple has always supported each other’s careers and seemed to be very much in love. The way Amy took to Mark’s content and helped around, especially with the “Choose Your Own Adventure-style” videos, showed her deep commitment to the YouTuber. Their adorable relationship led them to become one of YouTube’s favorite couples, and speculations about them being in it for the long run started doing the rounds.

Are Mark and Amy Still Together?

Yes, Mark and Amy are still very much together. The couple even celebrated their fifth anniversary on September 30, 2020. Over the years, Mark and Amy’s relationship grew to be an aspiration for fans. The couple is very active on social media and loves sharing titbits about their lives. Moreover, the adorable pictures that fill up their social media profiles speak volumes about the love and adoration the couple holds for each other.

With the success of their relationship, the couple has often faced hate from the public, with Amy even facing threats from Mark’s supposed admirers. However, the couple has always managed to see through such threats together, especially with the community rallying behind them. At present, Mark and Amy live together in Los Angeles, California, but it does not seem like they are engaged or married. It is truly remarkable to witness such pure love between two wonderful individuals, and we wish them all the happiness in the coming future.

Read More: Are Jazz and Tae Still Together?