Are Martha Kalifatidis and Michael Brunelli Still Together? 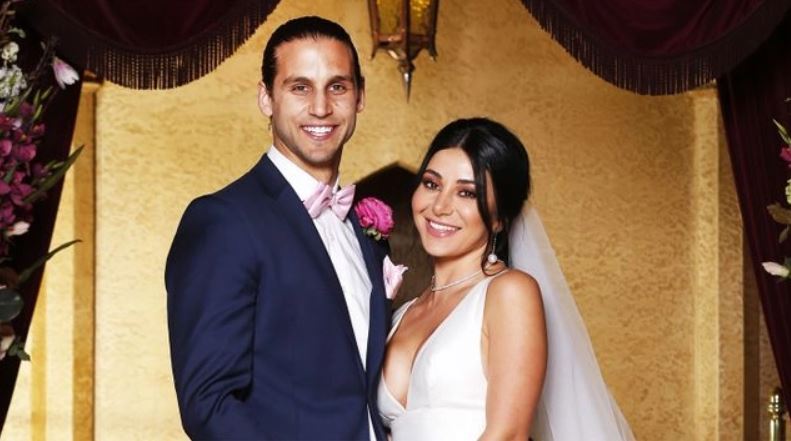 ‘Married at First Sight,’ as we all know, is a reality series wherein a team of relationship experts choose partners for a group of single individuals. The willing participants are all looking for their perfect match and a successful relationship, but of course, they only get to see their chosen mates at the altar. Each couple then spends months working on their relationship to determine whether they genuinely want to stay together forever or not. So now that it’s been a while, let’s find out if Martha Kalifatidis and Michael Brunelli defied the odds, shall we?

At their luxurious yet not legally binding wedding ceremony in Melbourne, the moment 31-year-old makeup artist Martha Kalifatidis locked eyes with 29-year-old primary school teacher Michael Brunelli, sparks flew. He even acknowledged this immediate attraction and connection between them by declaring that he “struck gold.” Fortunately, this atmosphere continued on their honeymoon in Samoa, where seeing Martha in a bikini almost left her new husband speechless.

However, as time passed, the duo bonded on an intimate level, all the while Martha managed to transform Michael from an ordinary and unassuming individual to a style icon. Not only that, but the glamorous lady also took measures to change and adjust herself for Michael, revealing just how significant he and their union were to her. She had a former boyfriend’s name tattooed on her backside, and she had it removed just for her husband.

Moreover, during each of the commitment ceremonies, they mutually always chose to stay even though they were having problems deciding where they would dwell following the experiment’s completion. Thankfully, everything fell into place at the Final Vows, where Michael and Martha proclaimed their love for one another, and he stated that he would move cities for her.

Are Martha and Michael Still Together?

More than two years later, Martha Kalifatidis and Michael Brunelli not only continue to be together, but they also seem happier than ever. In fact, true to his word, in early 2020, Michael left his job and his life back in Melbourne, Victoria, and relocated to Bondi Beach, Sydney, for Martha. They subsequently moved into a new place together to start a new life. So now, while the makeup artist has made a name for herself as an influencer, the former teacher has established an online fitness program called Tru Fit By Michael.

If we combine their professional work and private, loving connection, the duo can only be described as a power couple. It is no secret that Michael was not Martha’s typical type when they first met despite the sparks we all recognized. However, that changed as the series progressed. Plus, today, neither half of the couple can ever imagine a life without the other, so if that’s not destiny, what is? “I always say,” Martha recently shared on the ‘Shameless‘ podcast. “Michael and I meeting was like fate, and I know it’s so cheesy because I hate saying cheesy s— like that, but I really think it is otherwise, it doesn’t really make sense.”

She continued, “I think we were going to meet no matter what…No matter what happened, in this lifetime, we were going to meet and be together.” Michael feels the same way, which he makes clear every time he shows off his love for Martha on social media. For Valentine’s Day this year, Michael wrote, “You could say we have a relationship with the perfect balance of crazy and quiet, screaming and whispering, intensity and relaxation…but the most important thing is that we bring out the absolute best in each other, and that’s why we grow stronger every day!⁣”

Read More: Are Jules and Cam From Married at First Sight Still Together?