Are Matteo Berrettini and Ajla Tomljanović Still Together? 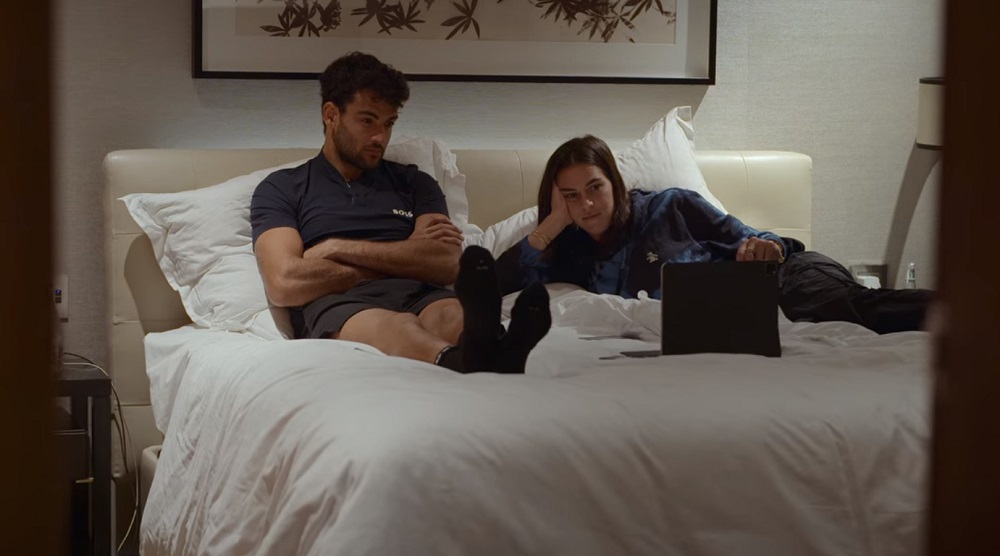 Netflix’s ‘Break Point’ is a docuseries that sports fans cannot get enough of, especially if they are invested in the ups and downs of the world of tennis. For any player, a good support system is as crucial as a strict training regime. In the case of Matteo Berrettini and Ajla Tomljanović, their time in the series showcased just how much they were there for each other. After watching their strong connection along with the tumultuous turns in their relationship, many must be wondering if the tennis power couple is still going strong or if they have split. Well, we are here to explore the same. Here’s all you need to know!

How Did Matteo Berrettini and Ajla Tomljanović Meet?

Since his Association of Tennis Professionals (ATP) debut in 2017, Matteo Berrettini has taken on the world of tennis and soon established himself as one of the best male players in the field. In fact, he was the world’s sixth-best male singles player in January 2022, according to the ranks shared by ATP. The Italian athlete even made his way to the finals of the 2021 Wimbledon Championships but ended up losing to Novak Djokovic.

On the other hand, Ajla Tomljanović’s professional journey is significantly different though not any less impressive. Even as a junior player, she was a force to be reckoned with and won the 2009 Australian Open Girls’ Doubles title alongside Christina McHale. Until 2014, Ajla used to only represent Croatia, her birth country. However, in 2014, she gained permanent residency in Australia, which allowed her to play on behalf of the southern nation in Grand Slam tournaments. Since February 2018, she has been representing Australia in all tournaments, thanks to the finalization of her citizenship in January 2018.

In the Netflix docu-series, Matteo shared how he got to know Ajla, who was dating Australian pro-tennis player Nick Kyrgios from 2017 to 2018. Apparently, the Italian sportsman messaged Ajla on Instagram in 2019, and the two soon formed a connection. “In all honesty, it wasn’t like love at first sight,” the Australian tennis player shared. Matteo explained that he liked the fact that she was shy like him.

Over the course of their relationship, Matteo and Ajla’s connection grew, and they announced their relationship to the public in October 2019. Since then, the duo was often seen attending each other’s matches and supporting their partner whenever possible. When Ajla lost her first-round women’s singles match during the 2022 Australian Open to Paula Badosa, Matteo offered her support. For the two athletes who often spent time away from their family and finds, having each other certainly seemed perfect.

Are Matteo Berrettini and Ajla Tomljanović Still Together?

Unfortunately, Matteo Berrettini and Ajla Tomljanović are not together anymore. The rumors regarding the split of the tennis power couple began spreading in early 2022, coinciding with the time the Italian player was recovering from his hand injury. The speculations were put to rest by Matteo himself during a press conference that he gave during the 2022 Queen’s Club Championships. The athlete had just won the semifinals against Botic van de Zandschulp and was looking forward to his championship match against Filip Krajinović.

“Yeah, I’m single, but it’s not like something that I am looking for, like, it’s not that I’m waking up and have to find love,” Matteo opened up about his relationship status during the press conference. “It’s just something that is happening, it’s good for me, if it doesn’t, it’s another day, you know.” He went on to add that he was not actively looking for another romantic partner though he would not be averse to falling in love once more.

However, Matteo emphasized that, at the time, he was focused on spending time with his loved ones and improving his game. His and Ajla’s split took place after Ajla’s defeat in the 2022 Australian Open to Paula Badosa. Though Matteo was initially supportive of her elimination from the show, things took a turn after the two fought over the interview that the Australian athlete had to participate in at 8:15 AM. Matteo insisted that she should get a different room as he had to sleep. When Ajla jokingly stated, “I’m going to say on air that you kicked me out,” Matteo replied, “But they’re going to agree with me. I’m still in the Australian Open!”

Shortly afterward, Matteo and Ajla split ways, and their farewell was showcased in the Netflix show. ”I have zero regrets, just because I think that’s my motto in life,” the latter told Herald Sun. She hopes that the public will get to see how complicated romantic lives for professional athletes can be, though she admitted that viewers might have still got gotten the complete picture. However, it does not seem like Ajla will be eager to be so public about her romantic life in the future.