Are Memphis and Hamza Still Together? 90 Day Fiance Update

TLC’s ’90 Day Fiance: Before the 90 Days’ is a part of the ’90 Day Fiancé’ franchise, which explores the nuances of a cross-border relationship by focusing on US nationals and their foreign love interests. Portraying the phase before the couples choose to get married and apply for the K-1 visa, the show follows the developing relationships and even documents how the lovers meet face-to-face for the first time. With a clash in culture and lifestyle quite evident, it is interesting to watch how each pair aims to iron out the issues as they stride towards a future together.

Season 5 couple Memphis Smith and Hamza Moknii captured the interest of fans because of their incredible commitment towards each other. However, with a massive language barrier, the two had to navigate quite a rocky path, making fans question if they are still together. Let’s find out, shall we?

Memphis and Hamza’s 90 Day Fiance: Before the 90 Days Journey

Memphis and Hamza first came across each other on a dating app before connecting online. With Hamza hailing from Tunisia, he had no knowledge of English, but Michigan native Memphis, never gave up, and gradually, their friendship turned into a deep longing for each other. However, Memphis was quite wary of her online lover as she had quite a difficult childhood, and her love life hasn’t been kind to her either. Moreover, being a single mother of two, she was looking for someone she would be safe to settle down with, and incidentally, Hamza seemed her best bet. 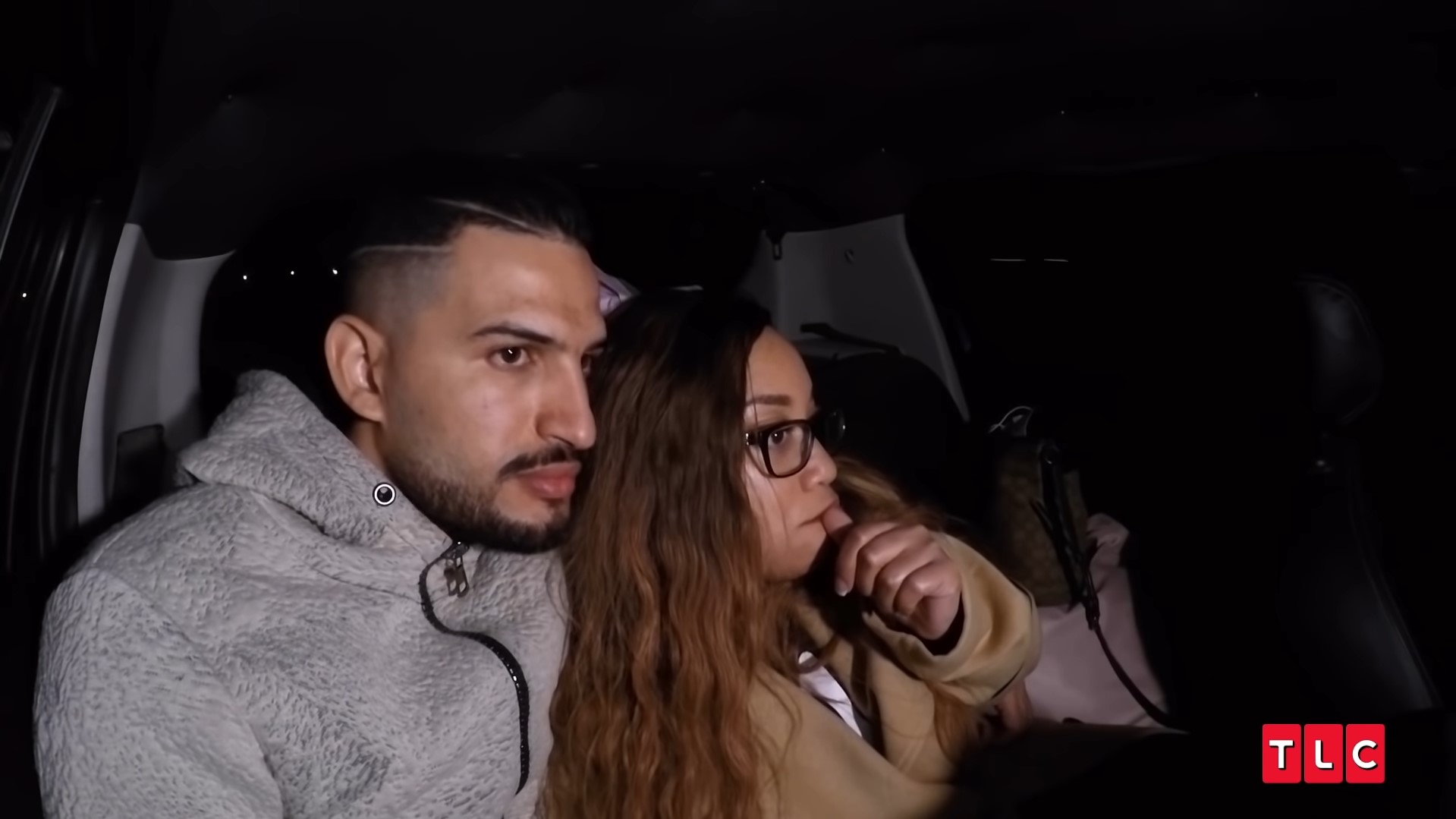 Memphis and Hamza were pretty quick to realize their mutual attraction and decided to date. Moreover, they got so comfortable in each other’s company that within just a few months of dating, Hamza popped the question, and Memphis was only too happy to get engaged. However, being a cross-border couple, maintaining a long-distance relationship was extremely challenging. Thus, hoping to unite with her significant other, Memphis left Michigan and traveled to Tunisia.

However, there were considerable doubts about Memphis and Hamza’s future as a couple. For starters, they solely depended on translation apps to communicate. Moreover, Hamza stated that Tunisian law had no place for prenups, which the US citizen considered a complete red flag. Once in Tunisia, Memphis found it difficult to adjust to Hamza’s culture and lifestyle. With both living in Hamza’s parents’ house, they were not allowed to sleep in the same bedroom, which really didn’t sit well with the US native.

Although the pair managed to get intimate even under such strict rules, Memphis realized they weren’t compatible as Hamza had a few issues in bed. Besides, a lack of communication and a growing divide did not help iron out their issues, and their lack of chemistry was painfully apparent. Still, Memphis was determined to make the relationship work and tried her best to get into Hamza’s mother’s good books. She tried helping around the house to make Hamza’s mother, Hayet, realize that she was serious about the relationship. However, her skills fell short, and while Hayet seemed disappointed in Memphis, she was also disapproving of her son’s relationship.

Are Memphis Smith and Hamza Moknii Still Together?

Although there have been speculations about Memphis and Hamza’s supposed breakup, recent developments hint towards the couple still being together. It was initially speculated that the language barrier and their compatibility issues would create a barrier between them. Also, Hayet expressed her fears about a possible divorce and mentioned that she did not want Hamza to live through such pain. Additionally, with the couple breaking the no-intimacy rule in Tunisia, Hayet began suspecting Memphis’ true intention.

However, both Memphis and Hamza seem to have proven their skeptics wrong and built up a happy relationship. While both are active on social media, fans were quick to spot that the two were following each other on Instagram. Moreover, unlike a lot of other ’90 Day’ couples, Memphis and Hamza are quite open about professing their love in public and often post about each other while gushing compliments in the caption. While being reserved with his words, Hamza expresses his adoration for his significant other, while Memphis shared a glimpse of their first full day together with a lovely caption.

Besides, it also seems like the two are quite playful when together, as there is an adorable picture of them goofing about on the ’90 Day’ set. Incidentally, Hamza faced a bit of controversy when Memphis revealed his issues in the bedroom. However, the US citizen was also the one to come to his rescue when fans began ridiculing Hamza for the same. Thus, with the couple now showing promise of being in it for the long run, we wish them all the happiness in the years to come.