Are Myrka Cantu and Ethan Ybarra From Unexpected Still Together? 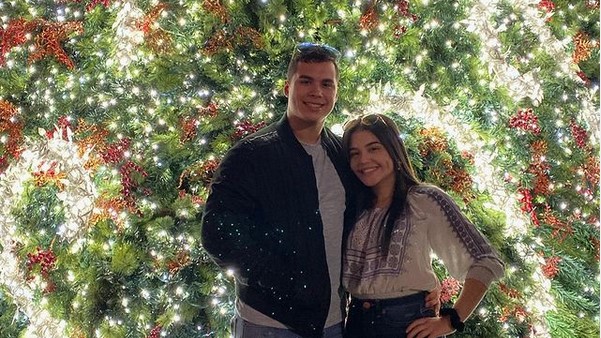 TLC’s reality TV series, ‘Unexpected,’ gives the viewer an honest and in-depth look into teenage pregnancies and how the parents’ families are affected by the sudden change in their lives. The teenagers are helped and guided by their parents, who help them navigate the tricky waters of parenthood. It is exciting to see how each family evolves and adjusts to rapid changes around them and how they manage to find common ground between conflicting ideas and advantages to give the newborn a good life.

Myrka Cantu and Ethan Ybarra are one such couple featured on the show. A couple who did not plan on teenage pregnancy, Ethan and Myrka, admitted that they panicked when they first got news of the pregnancy. Later, this brave and wonderful couple decided to have their baby. The couple’s love and acceptance for each other garnered them a pretty big fanbase, who are intrigued to know whether Ethan and Myrka are still together. Well, Let’s find out, shall we?

Myrka Cantu and Ethan Ybarra were high-school students before they got news of their pregnancy. Ethan was a football player who loved sports, and Myrka was a member of the high school’s cheerleading squad. When they got word of the pregnancy, the couple revealed that they panicked by themselves before deciding to keep the baby. Myrka wanted to talk to her parents about her pregnancy, but her mother, Lilliana Cantu, did not take kindly to the news.

Myrka’s family was highly disapproving of her pregnancy, and her mother wanted her to get an abortion. When Myrka did not agree to the abortion, she faced a lot of hostility, and her mother ultimately kicked Myrka out of her home. After getting kicked out, she was forced to go live with her boyfriend, Ethan. The couple then turned towards Ethan’s mother, who was highly supportive (Myrka later alleged that it was a pretense) and tried her best to help the teen parents in their journey. She also often mentioned that she wished Myrka’s mom was more involved in the proceedings.

Myrka and her mother later reconciled as Lilliana was present in the baby shower the Ybarras threw for Myrka. Ethan and Myrka’s mothers started bonding, and Lilliana was even shown the newborn’s nursery in Ethan’s parents’ house. The show ended on a positive note for the couple, with the couple having a beautiful daughter and making plans for the future.

Are Myrka Cantu and Ethan Ybarra Still Together?

Ethan and Myrka are still together and leading a happy life with their newborn. After Myrka and Ethan bid their farewell from our TV screens, the couple shared a piece of shocking and surprising news claiming that Ethan’s mother, Michelle Ybarra, had forced the couple, along with their baby, to leave her house. Myrka claimed that Michelle wasn’t “real” in the show and was pretending for the cameras. She said that even though she and Ethan were not on good terms with Ethan’s mother, she did keep in touch with the rest of her boyfriend’s family.

Ethan and Myrka seem to be extremely happy with each other and are very much in love with their infant and parenthood. Myrka said that she loves being a mother and that her relationship with Lilliana is improving. On the other hand, Ethan mentioned that even though he loved being a father, he felt that he needed to grow up and get more matured to give Myrka the support she deserves. When talking about their experience of becoming parents, the couple said that though it was highly challenging, it ultimately brought them closer together.

Mryka said that the baby brought about numerous changes, but it was a wonderful experience in the end. She also denied rumors of the couple having another baby in the near future. Ever since getting kicked out of Ethan’s mother’s house, the couple lives with Myrka’s “papa” and attends school online. Ethan took up a job at HEB (a supermarket chain) to support his family. His Instagram bio also hints towards him opening his own business in baby clothes soon.

The couple even opened a YouTube channel together where they plan to post videos in the future. They share lovely and beautiful memories on their social media and often profess their love for each other. On January 2021, Ethan wished his girlfriend, who turned 17, through a lovely post on Instagram. While couples who get pregnant at a very young age tend to break up soon, Ethan and Myrka have defied all odds by staying strong together, and we wish them the very best for the days to come.

Read More: Are Ant Anstead and Christina Haack Still Together?