Are Rasheeda and Kirk Frost Still Together? 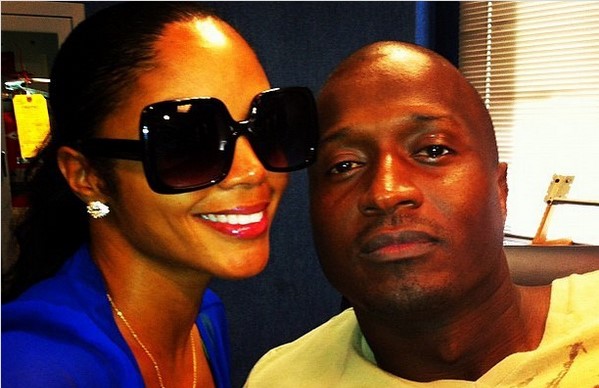 Rasheeda W. Buckner-Frost is a celebrated rapper, fashion designer, and television personality. She has produced six praiseworthy studio albums. Kirk, the CEO of D-Lo Management, has been managing Rasheeda ever since she tried to and successfully entered the hip-hop scene. The couple, whose story is featured in the show ‘Love & Hip Hop: Atlanta,’ had a whirlwind romance and got married in 1999. Since then, rumors have shrouded their relationship, and the couple has been through numerous ups and downs. Naturally, fans have long been anxious to know whether the two managed to stand the test of time and make it through. Don’t worry, as we come bearing answers!

Rasheeda and Kirk: Their Journey Together

Kirk and Rasheeda got married in 1999 when Kirk was her manager and was helping her get her first major breakthrough in the hip-hop scene. In 2000, the couple had their first son, Ky Frost, and the following year Rasheeda released her first album and made a mark on the hip-hop scene. As Rasheeda’s fame grew, so did trouble in the couple’s lives. Kirk’s extramarital affairs, which are well documented in the show ‘Love & Hip Hop: Atlanta,’ stood as their marriage’s biggest obstacle. On the show, the audience could also see how Kirk cheated on Rasheeda with numerous women and even asked her to take a paternity test when she became pregnant with their second child (Karter, born in 2013). Kirk was also caught saying on the show that Rasheeda should not go through with her second pregnancy.

While Rasheeda was pregnant with the couple’s second baby, Kirk started an affair with a former stripper, Jasmine Washington, who also appeared on the show. Their affair lasted long enough for Rasheeda to get wind of it and for Washington to become pregnant in 2016. Initially, Kirk did not believe that he fathered Washington’s child, but a paternity test proved otherwise. The affair rocked their relationship for a while and the couple was separated in 2017. Yet, after staying separated for some time, they decided to get back together and work things out between them. However, Washington has blamed Kirk for being just a “TV parent” and not giving enough time to her child.

Are Rasheeda and Kirk Still Together?

Even after facing numerous criticisms, rumors, and obstacles in their relationship, Kirk and Rasheeda stood firm together and, in December 2020, celebrated their 21st marriage anniversary. They have since forgiven each other for their infidelities and are looking forward to the future. While talking about their life together, Rasheeda said, “Me and Kirk done been through a whole lot of s**t. We’re at a point in our relationship right now, where you got to put things behind you in order to move forward.”

Rasheeda believes that their rocky relationship plagued with criticisms has only made them stronger. Even though there have been dark periods in their marriage, they have fought together and emerged stronger. In an interview with Essence, Rasheeda said, “I haven’t always been perfect and neither has he. We’ve been through our share of a lot of different things, but you’re either going to fight or you’re going to let it go. That’s just the end of it. We fought for ours.”

Currently, the couple is going strong and is having a happy time with their two sons. They often share their wonderful family memories on their social media and keep their relationship transparent to their fans. In 2019, the couple opened a restaurant together called Frost Bistro and Bar in Atlanta. In 2021, Kirk and Rasheeda appeared in VH1’s ‘Couples Retreat,’ where each couple takes a week-long vacation and has an honest and open conversation about their relationship. The way this wonderful couple managed to iron out every crease in their relationship, put their past behind themselves, and emerged out of it stronger than ever before is awe-inspiring and impressive, and we wish them the best of luck for the future.