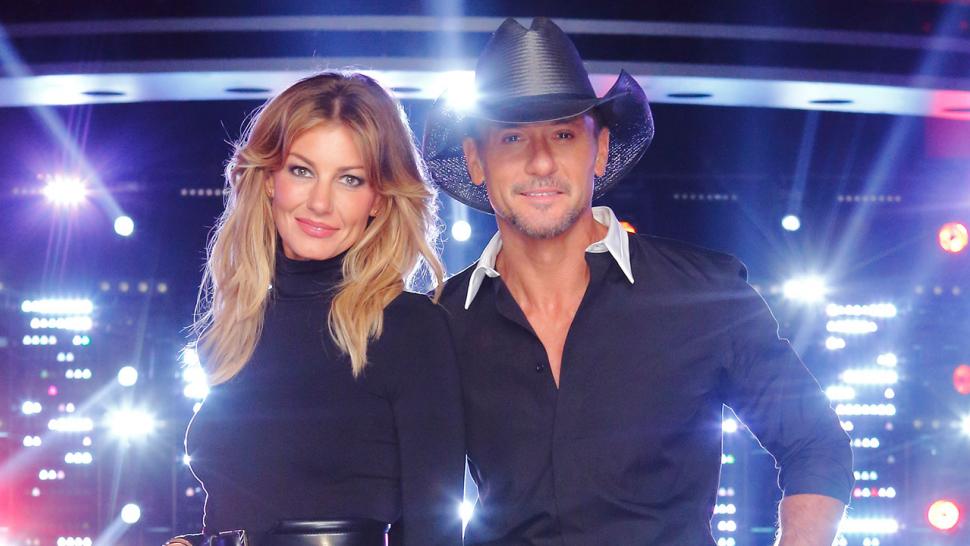 Tim McGraw and Faith Hill are considered country music royalty. Both are singers and record producers, who have also done a fair share of acting projects. While McGraw has sold more than 80 million records worldwide, Hill has sold 40 million albums, making them two of the most successful country music artists of all time. The music that the real-life couple makes together also seems to be wildly popular among the fans.

The Soul2Soul II Tour, from 2006 to 2007, is one of the highest-grossing tours in the history of the musical genre. The two also featured as key advisors in the reality series ‘The Voice‘ in 2016. But like most famous couples, their relationship has been the subject of countless speculations and rumors. So here is a look at McGraw and Hill’s relationship and where they are now!

Tim McGraw and Faith Hill: How They Met

McGraw and Hill first met in 1994 in Nashville at the annual Country Radio Seminar. At that point in time, both of them were fairly new to the industry and became friends. Hill had recently divorced her husband of six years, Daniel Hill, and McGraw was dating Kristine Donahue. Two years later, in 1996, Hill opened for McGraw during his Spontaneous Combustion Tour, and the two realized that their chemistry was undeniable. McGraw had recently broken off his engagement to Donahue, but Hill was engaged to Scott Hendricks.

Ultimately, Hill decided not to let the opportunity go and parted ways with Hendricks to be with McGraw. McGraw proposed to Hill on June 26, 1996, while still on the Spontaneous Combustion Tour. They were in their trailer when he asked her to marry him before going up on stage. Although Hill laughed it off initially, McGraw returned to find a note from her accepting his proposal. The lovebirds got married the same year on October 6, 1996. They invited their friends and family to a softball game and concert in Rayville, Louisiana, and surprised them by getting married in their presence.

Tim McGraw and Faith Hill: Journey Together and Kids

The couple continued to climb the ladder of success and released their single “It’s Your Love” in 1997, which achieved critical and commercial success. The couple can’t seem to get enough of each other and have released several duets since they got together. They have also done three tours together, Soul2Soul Tour in 2000, Soul2Soul II Tour from 2006-2007, and Soul2Soul: The World Tour from 2017-2018. In October 2016, both Faith and Tim were honored with stars on the Nashville Music City Walk of Fame.

Apart from their musical career, McGraw and Hill have also been deeply involved in philanthropic work. They have supported relief efforts for Hurricane Katrina and the 2010 Tennessee floods. McGraw and Hill’s oldest daughter Gracie was born in May 1997. They have two more daughters together, Maggie Elizabeth born in August 1998, and Audrey Caroline, born in December 2001. McGraw and Hill value family above everything else.

In fact, their respective childhood experiences brought them closer. Till the age of 11, McGraw did not know that his father was the baseball icon Tug McGraw. The singer had a difficult childhood, but he developed a relationship with his biological father later in life. Hill was adopted as a baby, and although she grew up in a loving family with a “positive environment,” she wanted to know and meet her birth parents. Fortunately, Hill met her birth mother and was in “awe” of seeing someone who looked like her.

However, the couple has had to endure negative public discussions about their relationship. While some reports alleged that Hill had multiple affairs, some have gone as far as speculating whether Maggie is McGraw’s child or not. So, is there any truth to these rumors, or is the couple as blissfully married as they seem?

Yes, Tim McGraw and Faith Hill continue to enjoy one of the longest-lasting marriages in the music industry. They celebrated their 24th wedding anniversary in October 2020. McGraw and Hill rubbished the rumors about trouble in their paradise and continue to prove that people can indeed live in a “happily ever after.” Hill slammed the critics back in 1998, and McGraw said that people have been talking about their relationship in a negative light “since the first week” they got married. But now, the couple doesn’t even think about it.

However, their only concern used to be the impact these rumors may have had on their daughters. Their kids have now grown up, and McGraw said that they are able to “laugh it off.” McGraw and Hill believe that being able to work together is an extraordinary experience. Hill admitted that she is still in awe of her husband every time she sees him perform. McGraw gives credit to his wife and daughters for making him a “better man.” The couple’s shared beliefs are yet another thing that holds them together. This could also be why they choose to put their voice out into the world together through their music.

In an interview in 2006, McGraw revealed that his wife is the only singer with whom he can harmonize, and his music gets “exponentially better” when he works with her. They have immense respect for one another and proudly celebrate each other’s achievements. In 2020, McGraw shared that the secret to their marriage is to spend as much time together as possible, no matter how hectic life gets. They enjoy staying home, cuddling up, and watching movies and TV shows together. Even when the power couple is touring, they make sure they take time to go out on dates. The adorable posts they have put up for each on Valentine’s Day in 2021 will surely melt your heart!

The best girl for me ever
The best mom
The best wife
The best lover
My best friend….@faithhill #valentinesday pic.twitter.com/xKymOjQ5M3