Is Yellowstone’s Prequel 1883 Based on a True Story? 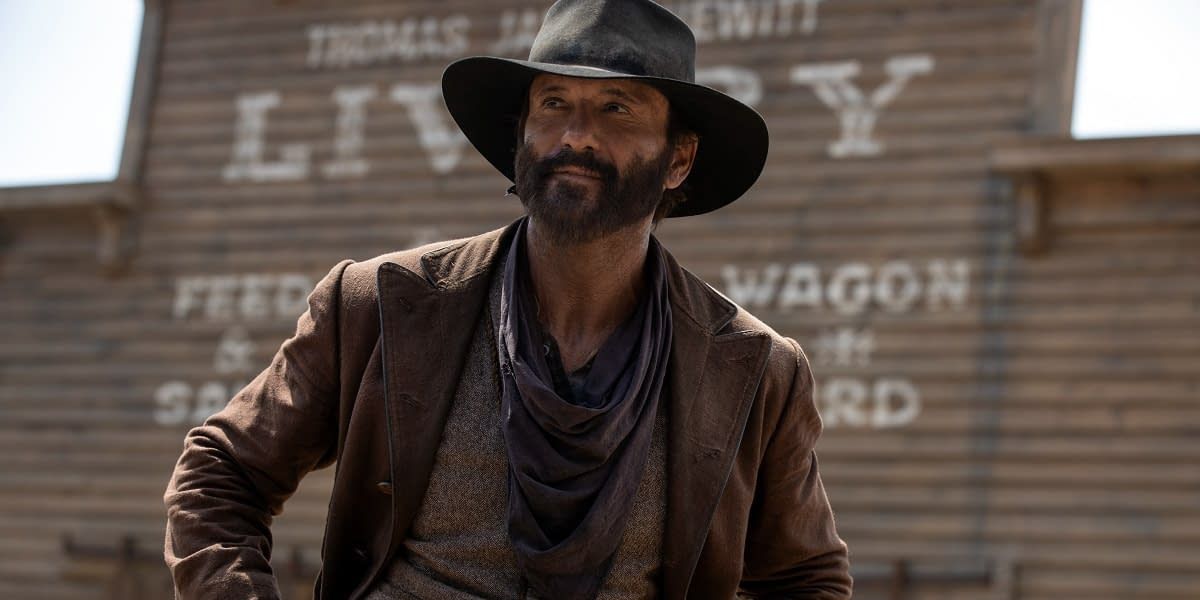 ‘1883’ is a Western drama series created by Taylor Sheridan that is a spin-off of the hit series ‘Yellowstone.’ Set in the 19th century, years before the Yellowstone Dutton Ranch became an empire in Montana, the family of James Dutton leaves behind a life of poverty in Texas in search of a new place to call home. The enthralling series provides a riveting look at life in the American Wild West during the unstable and uncertain times of the 1800s.

Since the era holds an important place in American history, viewers must be curious whether the show’s period setting means the storyline is inspired by any actual events or true stories. We also got curious about the same and decided to sniff out the details. Here’s everything we learned in that regard!

No, ‘1883’ is not based on a true story. The series is a fictional tale that serves as the origin story of the Yellowstone Ranch, which is owned and operated by the Dutton family. Patriarch James Dutton and his family set out with a caravan on a journey away from Texas and head to Montana, where they would eventually lay the foundation of the Yellowstone Ranch. Since the original series is entirely fictional, it is no surprise that the same is the case with the prequel.

However, the events of ‘1883’ are set against the real-world backdrop of the Westward Expansion in America during the 19th century. Following a treaty (known as the Louisiana Purchase) between the United States and France, an era of unrest began to develop in the American West, which gave rise to various wars and culture clashes. In this period, the number of outlaw activities in the West increased, and such incidents serve as the backbone of the arc of certain characters in the show.

On the other hand, the show also features fictional versions of real-world figures. One among them is the notorious gunman Timothy Isaiah Courtright better known as Jim Courtright. Dubbed “Longhair Jim,” Courtright was the sheriff of Fort Worth, Texas, from 1876 to 1879. Courtright was killed in a shootout with Luke Short in 1887. In the series, Billy Bob Thornton plays a fictionalized Courtright who is feared in Fort Worth and helps the protagonists deal with some bad cowboys.

Another character based on a real person is Tom Hanks’ General George Meade. In the real-life, the US army officer participated in the Second Seminole War and the Mexican–American War. He played a crucial role in the Battle of Gettysburg in the American Civil War. The show retains Meade’s contributions on the battlefield during the Battle of Antietam that was fought in 1862 while depicting a fictional retelling of its events to fit the show’s narrative.

Creator Taylor Sheridan stated in an interview that while creating the backstory for the Dutton family and their Yellowstone Ranch, he focused on crafting a true reflection of the time and location wherein the story unfolds. Given Sheridan’s words, it is clear that the show utilizes fictionalized versions of actual people and references historical events to represent the socio-economic climate of the 19th century accurately. Moreover, the strong family theme makes the drama hard-hitting, while the locations add a touch of realism to the show’s fictional narrative.