Are Sam and Ines From Married At First Sight Still Together? 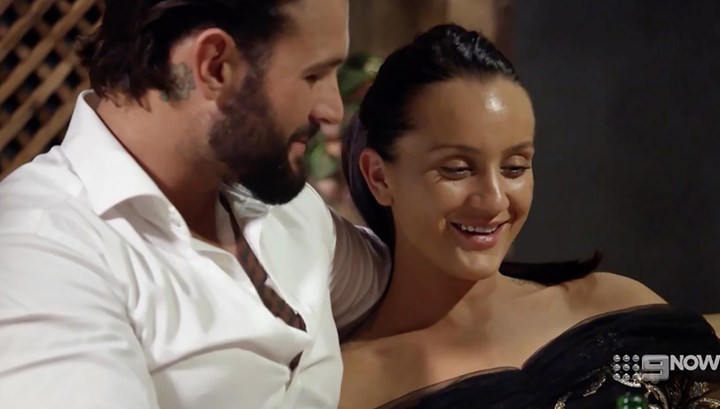 ‘Married At First Sight’ presents an entirely fresh and dynamic view on the dating reality shows we have grown to love so much. Eligible participating singles are studied by relationship experts and then matched into couples. These pairs meet directly on the altar and are married without ever knowing each other previously. What’s thrilling to see is how these couples manage to smooth out every bump in the road while getting to learn more about their partners at the same time.

At the end of each season comes the decision day, where each couple is given a choice to either stay married or divorce their partner. Ines and Sam were not initially paired together, but when they started an affair in the middle of the season, fans wondered whether, in a weird twist, the two would end up together. You don’t have to wonder or speculate anymore as we come bearing answers!

As the show’s rules dictate, Sam Ball was matched to Elizabeth Sobinoff, a 27-year-old store manager from Newcastle in New South Wales. Their marriage got off to a highly rocky start as just the morning after his wedding, Sam received news about his ex-girlfriend’s mother’s death and left their honeymoon plans to travel to New-Zealand. Elizabeth was left alone on the first few days of their wedding, and zero-contact from Sam made matters between them even worse. The cracks and dissatisfaction in the relationship showed up early as Sam even fat-shamed Elizabeth on one occasion. 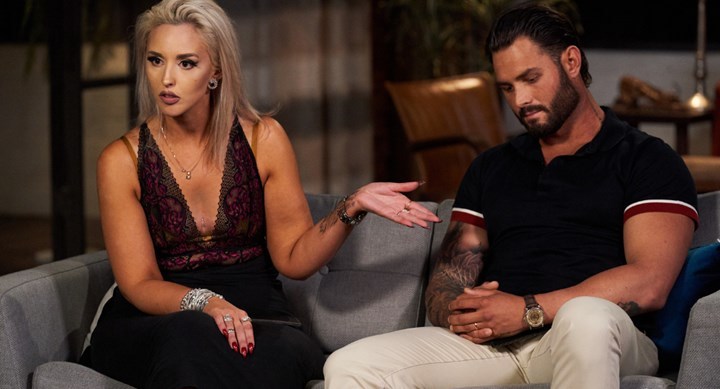 It wasn’t a surprise when the couple said they wanted to leave at the first commitment ceremony. On the other hand, Ines Bašić was matched with Bronson Norrish, and their marriage too got off on the wrong foot. Ines made fun of her husband’s eyebrow ring at the altar, and things got worse when she expressed disgust after getting to know her husband’s past as a stripper. The couple went through a rough honeymoon, and fans expected them to leave right after, which they chose to do at the first commitment ceremony. 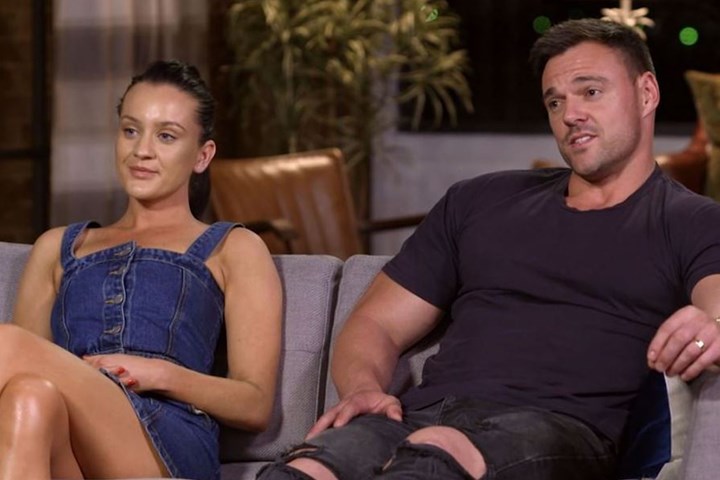 Even after choosing to leave, both couples were forced by their families to stay in the relationship. That is when Sam and Ines decided to text each other behind their spouses’ back, which gave way to a torrid affair that culminated in Sam and Ines cheating on their spouses and spending the night together in a Gold Coast hotel room. The couple then chose to leave the show together to make it on their own. So, did they manage to stay together or went their separate ways? 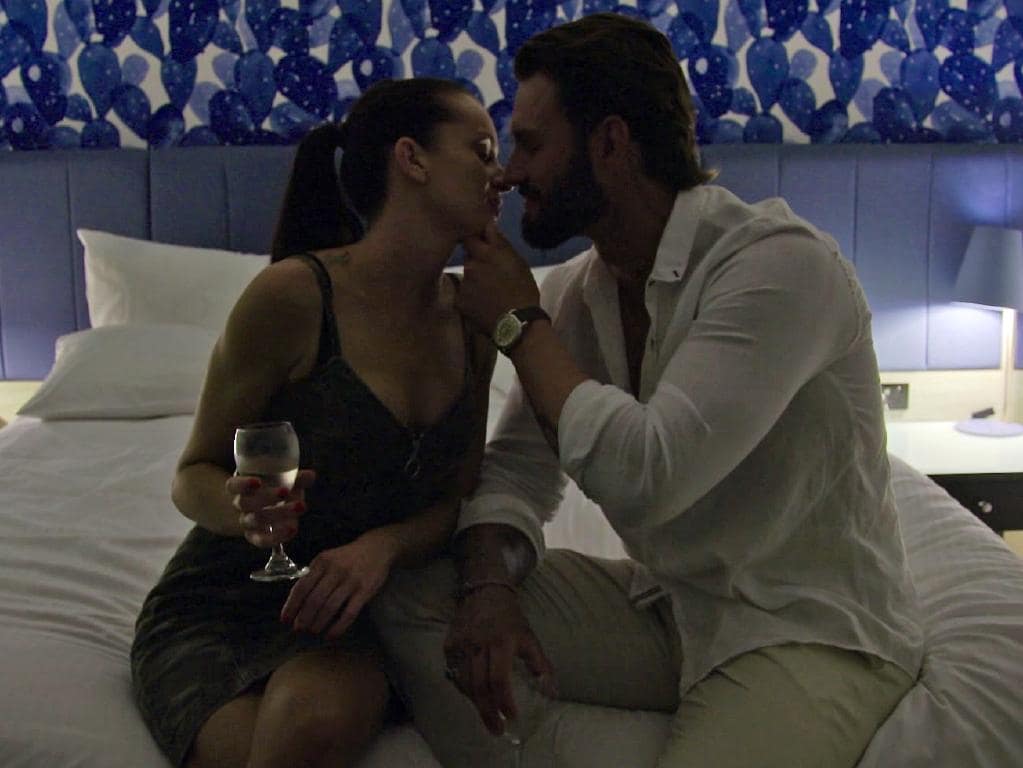 Are Sam and Ines Still Together?

No, Sam and Ines are not together as of the present. After having an affair and leaving the show together, the couple decided to make it last independently. Yet, in just a few days, the truth emerged when Ines, enraged, blamed Sam for making her believe they would last and then ghosting her as soon as they were out of the show. In an interview with MailOnline, Ines said, “Off-camera he was telling me ‘let’s leave the show and make this work on our terms.’ He said it was getting too dramatic and he wanted to be with me and we could move cities and make it work. I believed him.”

She went on to say that after the show, she was expecting a phone call from Sam, but that call never came. In another interview, Ines also claimed that she got depressed during the show and almost contemplated suicide, due to which she got PTSD. On the other hand, Sam has since spoken out and claimed that all of his scenes with Ines were staged and fake. He said that he was asked to message her and have an affair with her by the producers.

Through a now-deleted Instagram story, Sam revealed, “They pulled me into a dark room and asked me to do the Ines scenes – they set that up. They made Ines DM me on the phone, that was all staged.” He claimed that he did not sleep with Ines the night they were filmed together in the Gold Coast Hotel room and that as soon as the scene ended, they broke the act. Several continuity errors were also spotted in Sam and Ines’ affair scene. Sam further told Grazia UK that it was also the producers who made him fat-shame his wife, Elizabeth and that he did not want to do it herself.

Ines, though, alleged a different version of the events by saying, “Producers obviously do get involved but they didn’t force Sam to spend the night with me and engage in sexual relationships, we didn’t have sex but there were other things there. There was no one in the room. Sam is rather strange; you can’t take ownership for everything because there are so many external forces controlling the environment but you can take ownership for your part.” Currently, both Sam and Ines seem to be enjoying their single life.

Ines has chosen to keep her dating life private and has even refused to answer questions about whom she is dating. Presently, she acts as an ambassador for Charity Bosnian Kids, an organization that helps protect children from poverty. Ines is apparently also an influencer who uses her Instagram account to share her favorite beauty and skincare products among other things. She also has a YouTube channel with 700+ subscribers, which she uses to promote her cooking and beauty videos. Since the show, Ines has worked as a model and has shared snaps from her professional modeling jobs. She also has a loving pooch called Peno.

On the other hand, Sam deleted all his posts from the time of the show and is enjoying his gym workouts, as evident from the pictures he shares on Instagram. In an interview with Who Magazine, he also said that everything came “crumbling down” after the poor choices he made on the show. It was then that he got professional help after his family asked him to. Sam also chose not to attend the reunion episode of the MAFS Australia series. The Daily Mail reported that Sam has since joined the army and lives in Canberra.

Read More: Are Vincent and Briana From Married at First Sight Still Together?