Are Scottie and Larsa Still Married? Why Did They Divorce? 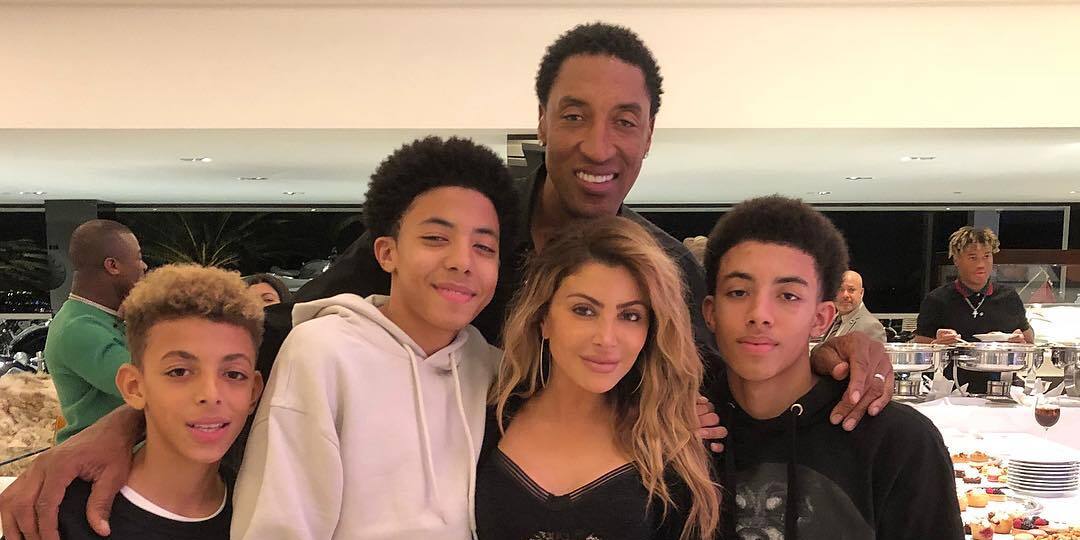 Scottie Pippen is a basketball legend and has six NBA championships to his name, which he won with the Chicago Bulls. This fantastic sportsman is considered one of the greatest players in NBA History and has even shared the court with Michael Jordan. Scottie, who was inducted twice into the Naismith Basketball Hall of Fame, is also the only NBA player who won an NBA championship and an Olympic medal in the same year twice – in 1992 and 1996.

The legendary sportsman was at the peak of his career when he met Larsa Younan in 1995. Being divorced from his then-wife in 1990, Scottie soon took to Larsa, and the couple started dating. In 1997, Larsa and Scottie got married and were blissful in their own world. With controversies surrounding their relationship for years, fans want to know where Scottie and Larsa currently stand. Let’s find out, shall we?

Scottie divorced his first wife, Karen McCollum, in 1990. The athlete then got into a relationship with Yvette De Leon and even got engaged to her. In a heartbreaking turn of events, their relationship did not work, and the couple never got married. Scottie was still fresh off his broken engagement when he met Larsa in 1995. He had already gained his legendary status in basketball by that time, and soon the two started dating.

In 1997, two years after meeting Larsa for the first time, the couple exchanged their marriage vows. The couple were blissfully happy in their own world and welcomed four wonderful children together. Their eldest son Scottie was born in 2000, followed by Preston and Justin in 2002 and 2005, respectively. In 2008, the couple welcomed their first daughter, Sophia. The pair seemed to be in a happy relationship and had a wonderful family life. Their kids were provided with a loving and caring home while they grew up.

Unfortunately, around 2016, their happy marriage began to fall apart. They were reported to have had several altercations, and reports claim that the couple even had to call cops to their residence to settle domestic disturbances. In October 2016, Scottie served Larsa the divorce papers claiming that they had irreconcilable differences in their lives.

Later, Larsa revealed that she got briefly involved with Tristan Thompson, which further drove a wedge in Scottie and Larsa’s relationship. Even after filing for divorce in 2016, the couple decided to give themselves another chance and tried to reconcile. They did not go through their divorce, instead choosing to stay together and work on their marriage. Unfortunately, it was not meant to be, as in 2018, Larsa filed for divorce from her husband.

Are Scottie Pippen and Larsa Pippen Still Together?

Unfortunately, Scottie and Larsa are not together anymore. Although there are no reports about their divorce getting finalized, the couple has been very vocal about their separation and has made it clear that they are not together any longer. After Larsa filed for divorce in 2018, the couple reportedly split amicably. In an interview with US Weekly, Larsa revealed that they co-parent their kids after their split and said, “[We] are really best friends. Our kids are amazing, and I feel like we both parent the same way. We’re really traditional in the way we raise our children. That’s really important.”

She added, “We are obsessed with our kids. Scottie and I are both the same in a lot of ways. Family always comes first.” In 2020, Larsa and Scottie showed that they were still good friends when Larsa wished the athlete on his birthday through a lovely post on Instagram. This led to rumors about their divorce not being finalized, and speculations about their reconciliation started doing the rounds. However, none of these were substantiated. After splitting from Scottie, Larsa was reportedly involved with basketball player Eric Moreland. Larsa, though, denied her involvement with anyone.

In late 2020, Larsa found herself in a controversy when she was seen with basketball player Malik Beasley. The couple even interacted on social media, which led to a massive uproar as Malik was still married to Montana Yao. Montana took the allegations seriously, and reports claim that she filed for divorce from Malik. In 2021, in an interview with Hollywood Unlocked, Larsa revealed details about her divorce from Scottie and said, “He didn’t want me to do anything. He was kind of like, ‘No, I can’t take it. You have to come to my games, you have to come to my practices,’ and I wanted to be there for him.”

She added, “I loved him. I was there to support him and do whatever I had to do for him. But then at some point, the scale changed. I was like, ‘Hey, you’re retired. By the way, I want to start a jewelry line – by the way, I want to do some things that I’m interested in doing.’ And it wasn’t reciprocated in the same way.” Looking at the current developments, it seems like Larsa and Scottie are separated and living their own lives. Moreover, there appears to be no chance of the couple getting back together though they still remain good friends to this day and are close to their children.