Netflix’s ‘Selling Sunset‘ is an exciting TV show that follows several high-profile real estate agents who work at the Oppenheim Group. As the business of real estate is quite thriving in the Los Angeles area, the agents who feature on the show lead extravagant lives. Moreover, while it is exciting to watch them balance their personal and professional commitments, the Netflix production makes things even more entertaining by showcasing a bit of drama and romance.

Although Christine Quinn has had a feud with most other cast members, Davina Potratz has always stood by her side. The two have built up a close friendship over the seasons, and fans now want to know if they have managed to keep that bond alive. Let’s find out, shall we?

Right from the show’s inception, we have seen Christine and Davina being close friends and enjoying each other’s company. Moreover, their friendship grew even stronger when they realized how most other cast members shared a mutual dislike for the duo. Initially, Davina tried to stay from most of the drama and did not say much when Christine clashed with her former best buddy Mary Fitzgerald and Chrishell Stause. Still, the two kept their bond alive. In fact, Christine maintained that Davina was the only one who got to know of Christine’s alleged engagement with her ex Peter Cornell. 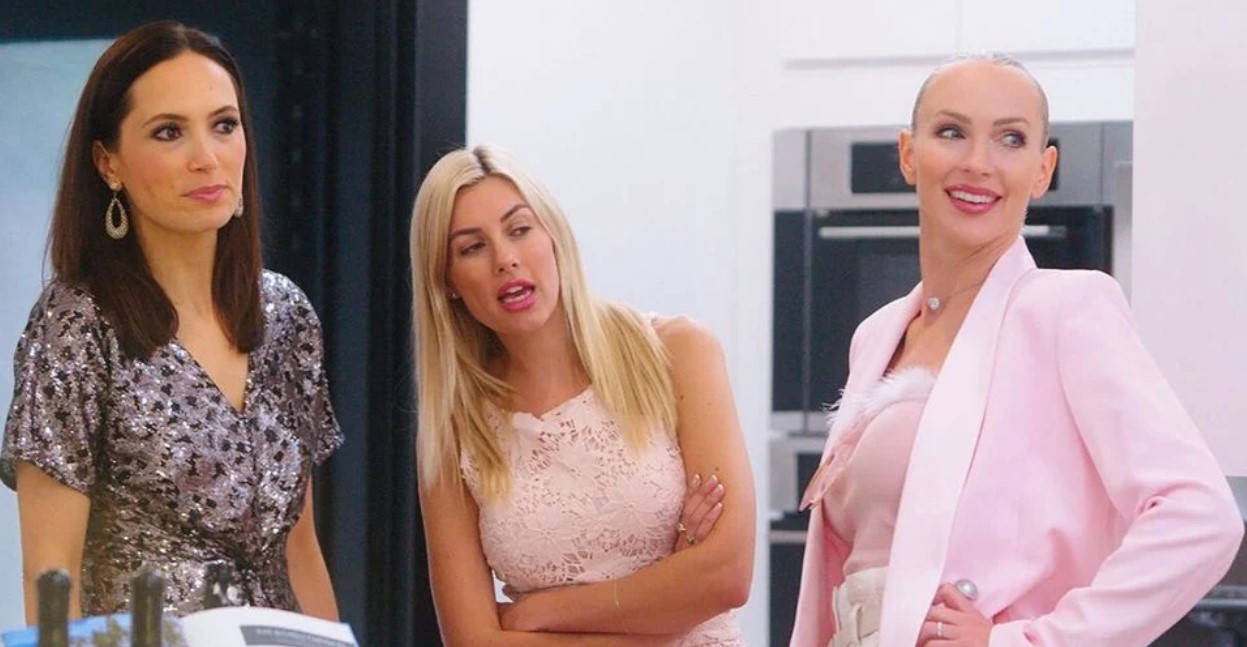 Surprisingly, towards the end of season 3, Davina took a sudden and shocking decision to quit the Oppenheim Group. Although she took up an offer at the rival firm, Douglas Elliman, Davina stayed in contact with Christine throughout. Moreover, it was Christine who later suggested that Davina should try and come back to the Oppenheim Group once the development project she had been working on got over. A lot of cast members, including Chrishell and Mary, were not that excited about Davina’s return, but Christine lent a supporting hand and never let the real-estate agent feel alone.

Interestingly, throughout season 4, Davina improved her connections with the rest of the cast members and appeared to be building bridges. However, she prioritized her friendship with Christine over everything else and refrained from talking ill about her behind her back. Besides, Davina always had Christine covered when the latter faced backlash in season 4 as viewers alleged she had faked her pregnancy to gain attention. Davina even tried to patch things up between Christine and Mary in the season 4 finale, but her plan unfortunately backfired. So, let’s find out whether their bond further flourished or fizzled out after the cameras stopped rolling?

Are Christine and Davina Still Friends?

Although Christine and Davina are considered the two least fan-favorite cast members of ‘Selling Sunset,’ their friendship has been quite impressive at the very least. Though the two real estate agents don’t have a lot of pictures together on social media, it seems like their bond is still intact. For starters, Davina was quite supportive of Christine throughout her pregnancy and stayed in contact with her even on the day of her delivery.

Furthermore, Davina also spoke out against rumors that alleged Christine’s pregnancy to be fake. In an interview with E News, she said, “I can’t lie about something I don’t know about, but I will defend something that I do know about. She (Christine) really was pregnant and that she really did give birth to her child. Regardless of people supporting her or not supporting her, that part of it is true.” Davina continued, “It’s really hurtful, you know, when someone says she didn’t give birth.”

Additionally, in season 5, we also got to witness how Davina is one of the few who considered Christine her friend after the latter’s explosive altercation with Mary Fitzgerald. Thus, even though Davina currently shares a wonderful connection with the rest of the cast and does not interact much with Christine over social media, recent developments indicate that Christine and Davina are still friends.