Are The Borat Movies Real or Fake? 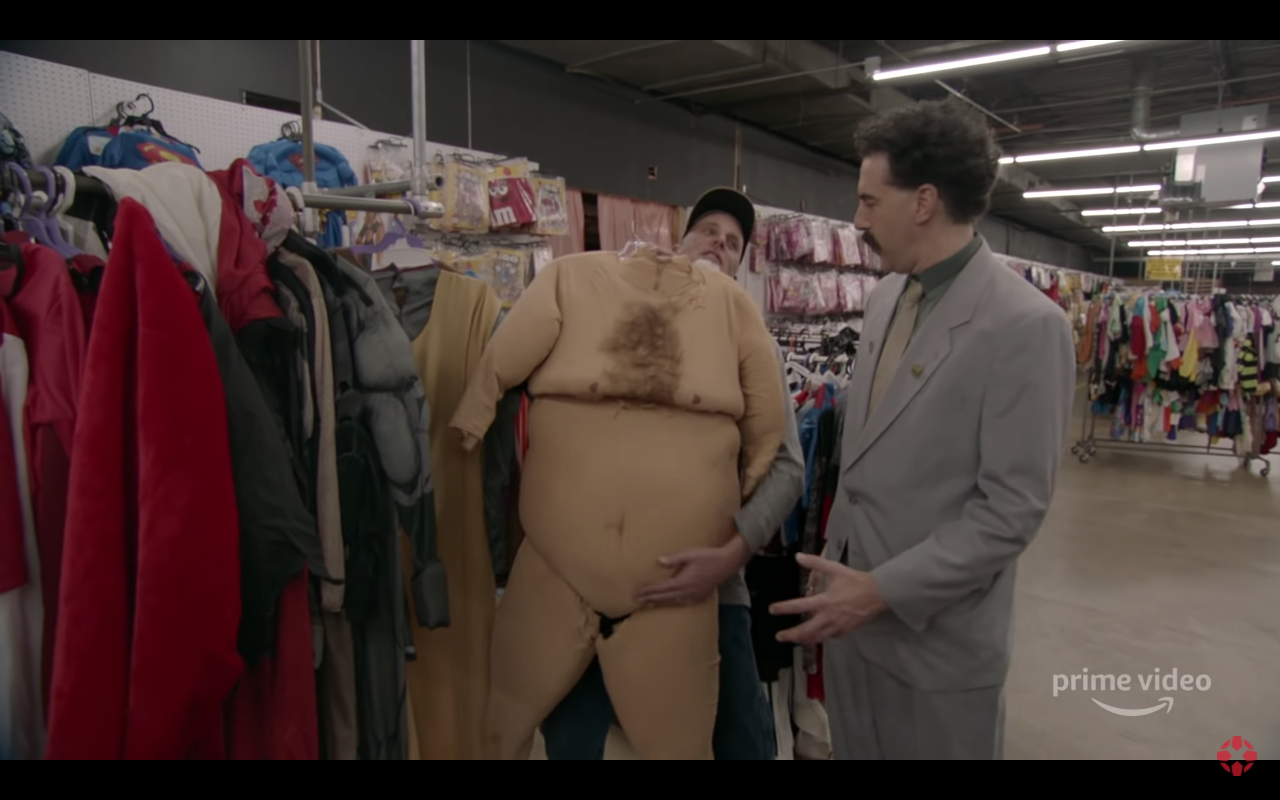 The ‘Borat’ franchise has cemented its legacy in the cinematic universe as a political satire. Not only has the first movie become a cult classic, but the subsequent project also leaves a lasting impression of the racism, xenophobia, hate, and misogyny in our society. In fact, ‘Borat 2’ even talks about the current President, Donald Trump. Sacha Baron Cohen is one of the comedic geniuses of our times, and there’s no refuting this. But exactly how scripted are the ‘Borat’ movies? Well, in this article, we will try to answer this burning question.

Are The Borat Movies Scripted?

To cut the long story short, the ‘Borat’ franchise employs scripted events, real interviews, and pranks to further the narrative. In conversation with Rolling Stone, Cohen stated that the character was merely a tool to expose the underlying tendencies and hypocrisies of people. He continued, “By himself being anti-Semitic, he lets people lower their guard and expose their own prejudice, whether it’s anti-Semitism or an acceptance of anti-Semitism.”

Many experiences eventually made the actor realize that inserting a comedic character in real-life situations often does wonders for the story. He adopted this method first with ‘Ali G Indahouse,’ a movie about a rapper who finds himself solving one of the biggest scandals in Britain. In fact, the inspiration for the character of Borat came from a doctor that Cohen met during a trip to Russia.

What makes the ‘Borat’ franchise potent and unique is its ability to mock the general public for their racist remarks and intolerant attitudes. Let’s take a look at the first movie. One scene that isn’t staged is when the Kazakh journalist visits a rodeo and gets the public fueled up when he appreciates America’s war on terror. He then proceeds to denounce the former President Bush. Even Borat’s etiquette lesson was unscripted. But then, the kidnapping of Pamela Anderson was scripted for obvious reason.

Talking about it, Cohen told Deadline, “We did that scene twice, actually. The first time we did it at a book signing and I grabbed her over my shoulder and ran out with her and no one did anything. I was like, what kind of fans are these?” (The second take did garner more attention from bystanders). ‘Borat 2’ is already dominating headlines for the many pranks that a costumed Cohen has included. We follow the journalist and his daughter as he tries to gift her to Vice President Mike Pence.

While the premise is certainly bizarre, the reality behind the shoot is even more so. There is a cotillion where the father-daughter duo are seen acting lewdly as always, and this scene was not scripted. While the people on set knew it was being filmed for a movie, they had no idea it was Borat. Will Davis, who was on the set with his daughter, said, “The company would pay fathers and daughters $50 apiece, and all we had to do was dress up, dance a little and enjoy free cuisine and drinks at the beautiful antebellum Hay House in downtown Macon.”

Then, there’s the fact that filmmakers turned up at a store called Halloween Highway where Borat buys a fat suit. The employees stated that the team did not seek prior permission for filming and also declined to reveal the name of the movie. Did you know that the former Mayor of New York City, Rudy Giuliani, also features in ‘Borat 2’ in a compromising position?

Well, what happened was that he went to the hotel because he thought he was being interviewed about the President’s response to the pandemic. But the interviewer flirted with him and took him to a room that was rigged with hidden cameras. She was none other than Maria Bakalova, who plays Borat’s daughter, and essentially, this whole prank is a scene included in the movie. Giuliani also released a statement about the situation on Twitter.

Cohen also lived with two conspiracy theorists in character for five days and described it as one of the toughest moments of filming. Lastly, let’s take a look at the Conservative Political Action Conference (CPAC) that Cohen attended in February 2020. There is a scene where Borat disguises himself as President Trump and carries his daughter on his shoulder. Then, he gets Vice President Pence’s attention as he shouts “I brought the girl for you.”

The comedian told New York Times, “How do I get in and how do I get out?” Security was there to “check everyone’s bodies going through. Bear in mind, I spent five hours in makeup that morning with the prosthetic team changing my face into Trump’s face. This fat suit is huge. It’s a 56-inch fat suit to turn my waist into Trump’s because we had estimated that was the most realistic.” He continued, “Then I ended up hiding in the bathroom, listening to conservative men go to the toilet for five hours until I broke into the room. We were surrounded by Secret Service and police and internal security.”

Anticipating the new Borat movie? Here's the moment on Feb. 27, 2020, when Sacha Baron Cohen — wearing a Trump suit and mask — interrupts VP Pence speech at CPAC as a bit for the movie: pic.twitter.com/9VT1gfVxak

We think Cohen said it best when he stated, “In 2005, you needed a character like Borat who was misogynist, racist, anti-Semitic to get people to reveal their inner prejudices. Now those inner prejudices are overt. Racists are proud of being racists. When the president is ‘an overt racist, an overt fascist,’ it allows the rest of society to change their dialogue, too.”

After reviewing this plethora of evidence, it is clear that the ‘Borat’ franchise juggles reality with fiction to produce a piece of poignant social commentary. It is only with this combination that the team is able to capture the weird and vulgar magic of the Kazakh journalist.

Read More: Where to Stream Borat 2?