Are Triple-H and Stephanie McMahon Still Together? 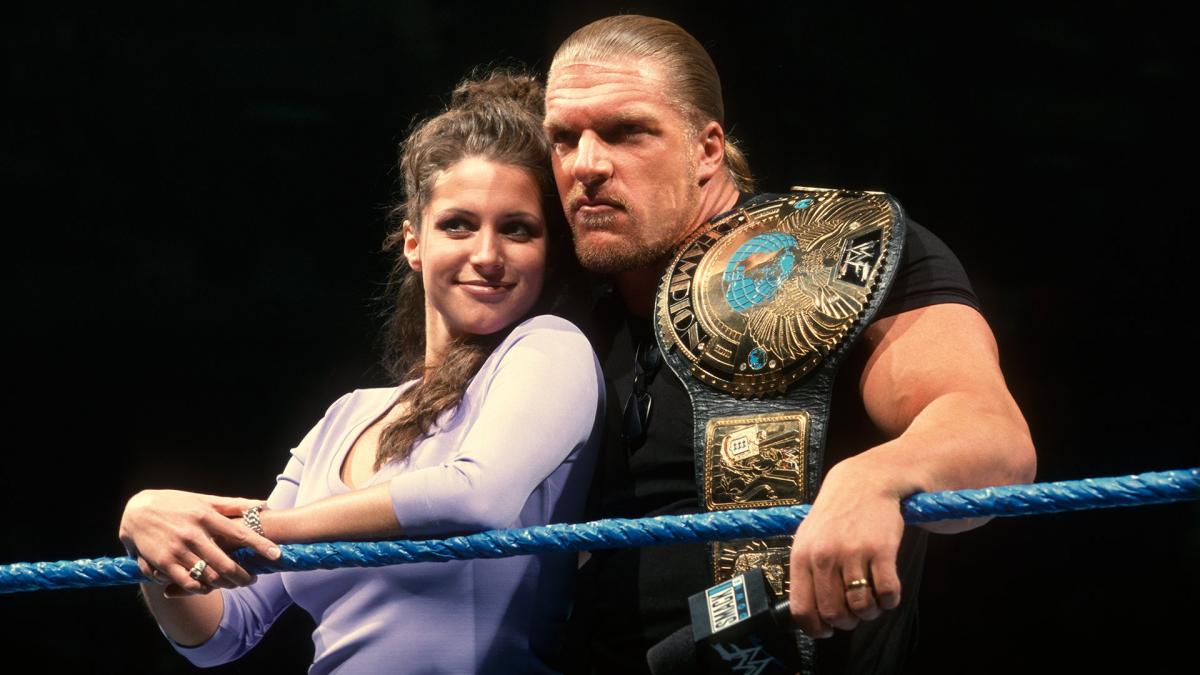 ‘WWE Most Wanted Treasures’ follows wrestling legends Paul Levesque, widely known as Triple-H and Stephanie McMahon, the daughter of Vince McMahon, on their quest to collect WWE collectibles from all over the country. Ever since their appearance in the much-loved wrestling franchise, Triple-H and Stephanie have had a tumultuous relationship on screen through its numerous storylines.

Contrary to Triple-H and Stephanie’s on-screen personas, the couple has had an adorable and wonderful relationship in real life. Their innumerable fans often wonder how the semi-retired professional wrestlers live their lives when not in front of a camera, and whether they’re still together. Well, let’s find out, shall we?

Triple-H and Stephanie’s storylines came together in a 1999 episode of WWE where Stephanie was getting married to her on-screen fiancé, Test. As the story played out, Triple-H showed the arena a video of how he had already married a drugged and unconscious Stephanie before in a drive-through ceremony in Las Vegas, Nevada. It should be noted that this was part of the on-screen storyline, and in reality, the couple started dating only in 2001.

Stephanie mentioned that when she and Triple-H started dating, there was a policy that restricted anyone related to an executive from dating a superstar. Yet, Stephanie’s father, Vince McMahon, gave the couple permission to see each other. Still, as Vince is the CEO and chairman of WWE, Triple-H was under a lot of pressure while dating his daughter. He was also reportedly scared of losing his career if something went wrong in their relationship. This stress and dilemma made the couple decide to go their separate ways.

However, they soon realized that staying away from each other was impossible. Their connection was so strong that they started dating again but tried to keep it low-key. They were unsuccessful in doing so, and Vince got wind of the affair. This time he reassured and supported the couple. After getting Vince McMahon’s blessings, Triple-H proposed to Stephanie on February 14, 2003. On October 25, 2003, just months after getting engaged, the wonderful couple got married in a beautiful marriage ceremony at the church of St. Teresa of Avila, which is located in the village of Sleepy Hollow, in New York State.

Are Triple-H and Stephanie McMahon Still Together?

Triple-H and Stephanie McMahon are happily married to each other and celebrated 17 years of togetherness in October 2020. Within their 17 years of marriage, the couple saw massive success in their professional life as Stephanie was promoted to the Chief Brand Officer of WWE. Triple-H, too, was given the prestigious position of the Executive Vice President of Global Talent Strategy & Development for WWE. Also considered a wrestling legend, he went on to start NXT, his own wrestling TV show. In 2021, the couple started headlining their own show ‘WWE Most Wanted Treasures’ on the A&E network.

When it comes to their private lives, the couple makes it pretty clear that they are blissfully happy in their married life. After marriage, Stephanie took her husband’s surname legally and started using her maiden name as her middle name. Triple-H and Stephanie share three beautiful children together. Their first child Aurora Rose was born in 2006, followed by Murphy Claire in 2008. In 2010, the couple was blessed with another girl whom they named Vaughn Evelyn.

The couple loves spending time with their family and portrays their affection and appreciation for each other often on social media. They also have two dogs, Andre and Attila, who add joy to their lives. Triple-H and Stephanie move us immensely with their long-time commitment to one another, and we wish them the very best for the coming days.

Read More: Are Stephanie and Harris from 90 Day Fiancé Still Together?