Are Vanjie and Kameron From RuPaul’s Drag Race Dating?

Drag legend RuPaul Charles added another feather to his hat this year with producing and directing the grandest drag show earlier this year in Las Vegas – RuPaul’s Drag Race Live!. The residency show opened in January 2020 but was shut down in March due to the Coronavirus pandemic. It is staged at the Flamingo Las Vegas. A six-part docuseries chronicling the making of the live show, exclusive behind the scenes drama, and a peek into the personal lives of beloved drag queens from previous RPDR seasons who are in the show, is set to blow fans away.

RuPaul’s Drag Race: Vegas Revue‘ features the stars of the show – Yvie Oddly, Asia O’Hara, Derrick Barry, Kameron Michaels, Naomi Smalls, and Vanessa “Vanjie” Mateo – as they hustle to pull off the biggest drag show of all time in front of a live audience. A three-second clip on the trailer for the ‘Vegas Revue’ reveals that two of the drag queens might be heating things up, romantically. The trailer shows the other queens squealing with delighted shock as Vanjie and Kameron lock lips. Another clip shows Kameron talking to the camera and saying, “What if I was dating someone who did do I what do?” possibly wondering what it would be like to date another drag queen. Yet another sneak peek shows Vanjie asking Kameron why they haven’t hung out more.

Are Vanjie and Kameron Dating? 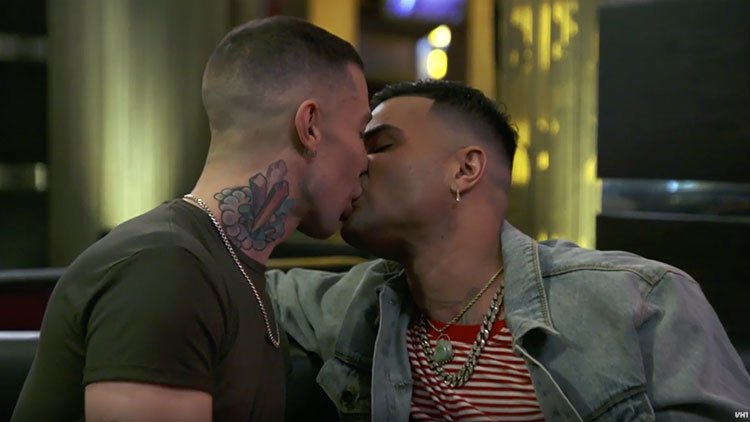 The fans of the RuPaul’s Drag Race franchise went crazy with uncontainable excitement and anticipation of the docuseries. Viewers can hardly wait to find out what exactly is going on between Vanjie and Kameron. Was that kiss just a casual one-time thing or did it lead to something more substantial?

Vanjie and Kameron are both alums from the tenth season of ‘Drag Race’. But prior to the explosive trailer that shows them kissing, there have never been any rumors of them dating, ever. They had never even been particularly close as friends, reportedly. So what’s with all the sudden smooching?

Apparently, they felt attraction flare only as they started working together on the live show. In an interview with ET’s Brice Sander, the queens of ‘Vegas Revue’ talked about the romance between Vanjie and Kameron. Kameron said that she’s always thought Vanjie was cute and that she was always on the lookout for the next ex, even though she doesn’t intend for them to end that way. Kameron also expressed hope saying, “Maybe this one will work out.” Vanjie admitted that she likes them tall (which Kameron certainly is).

Even though the two admitted that something romantic did happen between them while shooting the docuseries, it is not clear if they are, in fact, still dating. Neither of them has made an official statement yet and they also have not posted anything about each other on their social media (apart from the kissy clip from the trailer). So far, we cannot say for sure whether Vanjie and Kameron are dating or not. Let’s hope the ‘Vegas Revue’ series sheds more light on their relationship status.